News 8 Throwback: 5-part series looks back at turmoil of 1968

In 1998, News 8 presented a series on what life was like 30 years before in 1968. This week we present a News 8 Throwback within a throwback. 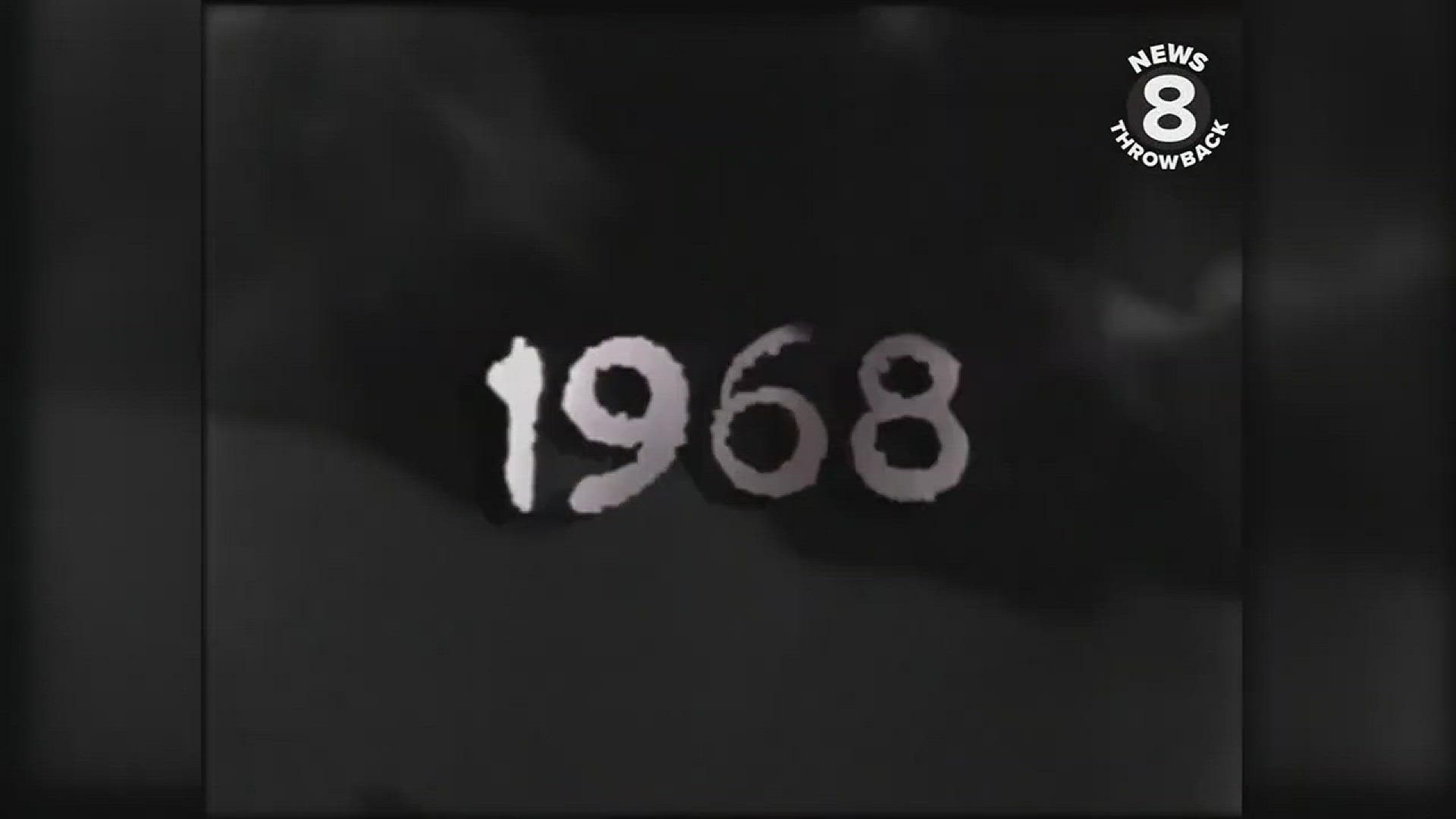 SAN DIEGO — This week we present a News 8 Throwback within a throwback. In 1998, News 8 presented a five-part series on what life had been like 30 years before in 1968. Now a couple of decades past that we revisit the stories presented by reporter Chris Saunders.

Watch the entire series in its entirety above or in parts below.

Note: Some of the footage is graphic and may be disturbing to some viewers.

Part 1 of the series offers an overview of what 1968 was like in the United States and around the world. The montage that starts the clip gives a glimpse of the turmoil of the time from the escalation of the Vietnam War to the anti-war sentiment at home. A year after the “Summer of Love,” Saunders said 1968 saw a summer of hate. Stories previewed in the clip also include the Martin Luther King Jr. and Robert F. Kennedy assassinations, and political upheaval from Lyndon B. Johnson stepping down to Richard Nixon stepping forward. One unifying moment Saunders showcased from 1968 was the Apollo 8 mission to the moon and the awe-inspiring picture known as “Earthrise.”

Part 2 of the series focuses on the tragic assassination of Martin Luther King Jr. In 1998, Chris Saunders spoke to Hartwell Ragsdale, who had been the NAACP president when MLK Jr. visited San Diego in 1964, about the civil rights leader’s power as a man and as an orator. Ragsdale said that King’s death was devastating but not surprising to him. San Diego Urban League Director John Johnson had gone to college with King and told News 8 his sermons drew crowds even then. Both Johnson and Ragsdale questioned the circumstances around King’s death which remain the subject of controversy to this day. James Earl Ray was convicted of the murder but denied his involvement up until his death shortly before the report.

The clip also features footage from the 1964 San Diego visit when legendary News 8 newsman Harold Keen got to interview King who said he would never enter politics.

Part 3 looks at another violent assassination from 1968 – that of U.S. Senator and presidential hopeful Robert F. Kennedy. Bobby Kennedy – like his brother John F. Kennedy before him – symbolized idealism to a young generation. After Lyndon B. Johnson decided not to run for re-election due to the escalating Vietnam War, it seemed the stage was set for RFK to follow in the footsteps of JFK with a run for president. But on June 5, 1968, just hours after winning the California primary election, Robert Francis Kennedy was fatally shot. He died the next day. A 24-year-old Palestinian man Sirhan Sirhan was convicted of the murder, but just as JFK’s assassination has remained the subject of conspiracy theories for decades, so has RFK’s.

San Diego City Club and former Kennedy press aide George Mitrovich shared his memories of Bobby Kennedy with News 8 in 1998. He had been with RFK in San Diego the night before his assassination. He talked about the large crowds Kennedy could draw and what he could have accomplished had he lived.

Part 4 focuses on one of the most painful chapters of American history: the Vietnam War. 1968 was the year of the Tet Offensive resulting in huge losses including the casualties of U.S. soldiers. The year also saw a shift in people's view of the war and how serious it was as they were watching it unfold on the nightly news. The anti-war sentiment in the United States was growing as well.

In 1998, Saunders visited a San Diego State University class with Vietnam veterans Phil Landis and Ben Rodriguez. The two spoke about the physical and mental wounds suffered by those that fought in the war. They shared their difficult experiences with flashbacks and survivor's guilt.

Part 5 offers a look at the way politics were evolving in the late 1960s. Protests were being staged against the Vietnam War, social injustice, and more sometimes resulting in clashes between college students and law enforcement. Part of the clip shows an anti-war protest in San Diego's Balboa Park where cops marched in like soldiers making several arrests.

In 1998, Sauders spoke to a one-time student activist who became a USD professor. Lonnie Rowell talked about the ideals of the time and his experience at the Chicago Democratic Convention of 1968 where violence erupted in the streets with police tear-gassing and beating people. There were even scuffles on the convention floor with news correspondent Dan Rather getting punched in the chest.