Dr. Ana Gloria Monforte said Tijuana hospitals are not equipped to handle a pandemic, and residents have not accepted the reality of it. 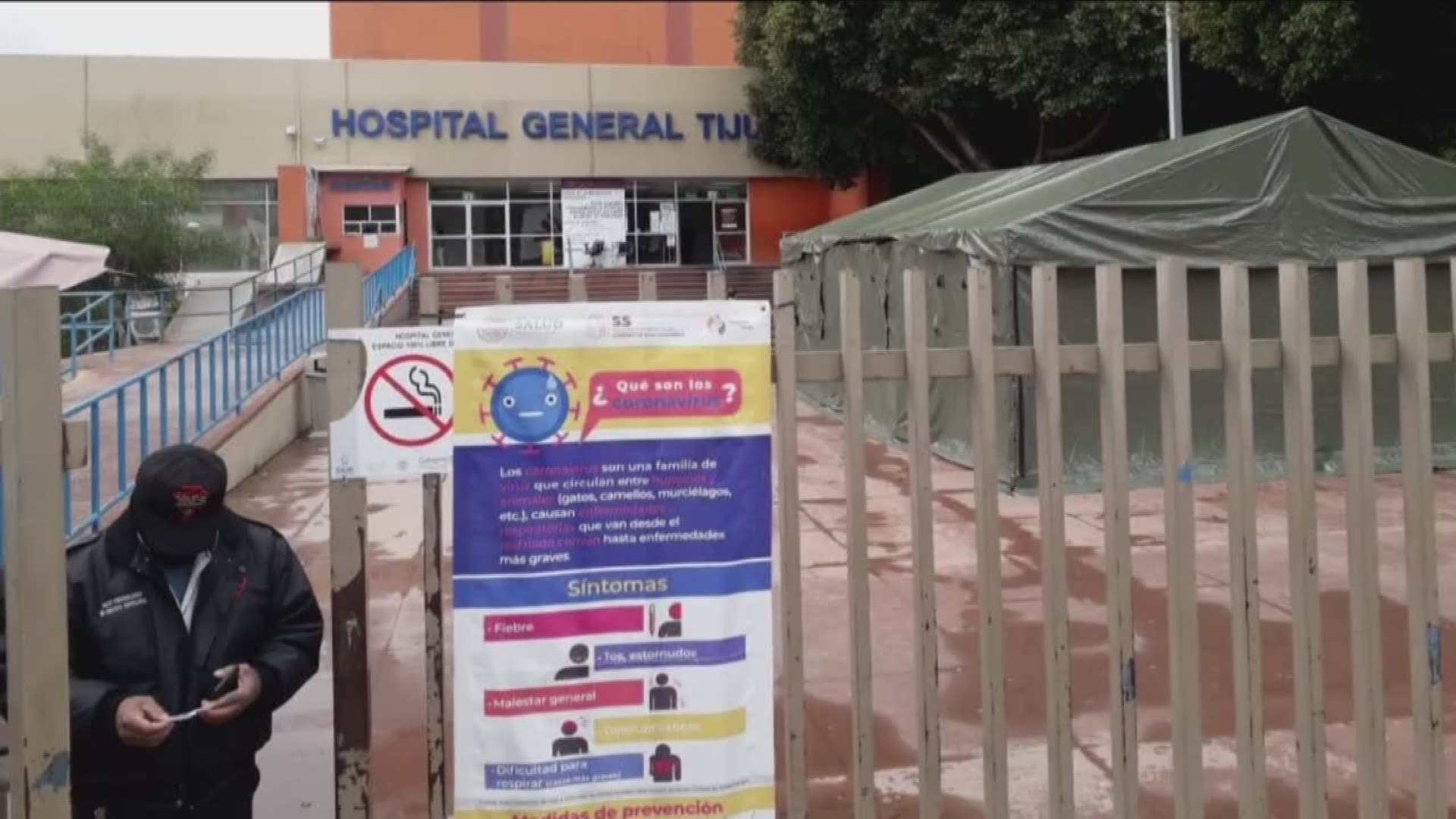 SAN DIEGO COUNTY, Calif. — As the number of Coronavirus deaths in Baja California neared 60 Wednesday, hospitals in Tijuana were so overwhelmed with patients that doctors began pleading for help.

Monforte said Tijuana hospitals are stretched thin, and residents have not accepted the reality of it.

“There has been a lot of recommendations on every media, but there are lot that don't understand what's the emergency,” she said.

Dr. Victor Garcia is part of the Tijuana Health Department. He said the situation is so out of hand, hospitals simply cannot keep up with the influx of patients.

”We are worried because we see people on the streets still going out. Not respecting the way of doing social distancing. Our hospitals are full. We’re still having car crashes, chronic diseases, urgent care - so we have to send them to smaller hospitals,” said Dr. Victor Garcia of the Tijuana Health Department.

Officials said the military is now stepping in. Photographs show soldiers setting up surge tents for patients, and for the equipment slowly trickling in from the Mexican government.

Mexico has about 5,400 confirmed cases, but officials believe the number would be a lot higher if more testing were available.

“We just beginning with this terrible problem,” said Dr. Monforte.

Dr. Monforte's young niece even started a fundraising campaign for Tijuana’s "Hospital General.” She has raised about $62,000 so far to pay for medical supplies, including tubes and ventilators for the most vulnerable patients.

“It’s critical for us. It is critical for everybody to stay home because we want the money that comes to the foundation [to pay off]," she said.

The U.S., Mexico border remains closed to all but essential travel, and it's unclear when the travel restrictions will be lifted.

According to the U.S. State Department, Mexico has not issued a "mandatory quarantine polices" for suspected or confirmed cases.

RELATED: Answering your questions about coronavirus as it relates to summer heat, groceries, gloves and soap