Karla Ruiz Macfarland, who's no stranger to politics, took office after the last mayor stepped down amid controversy and to run for governor of Baja California. 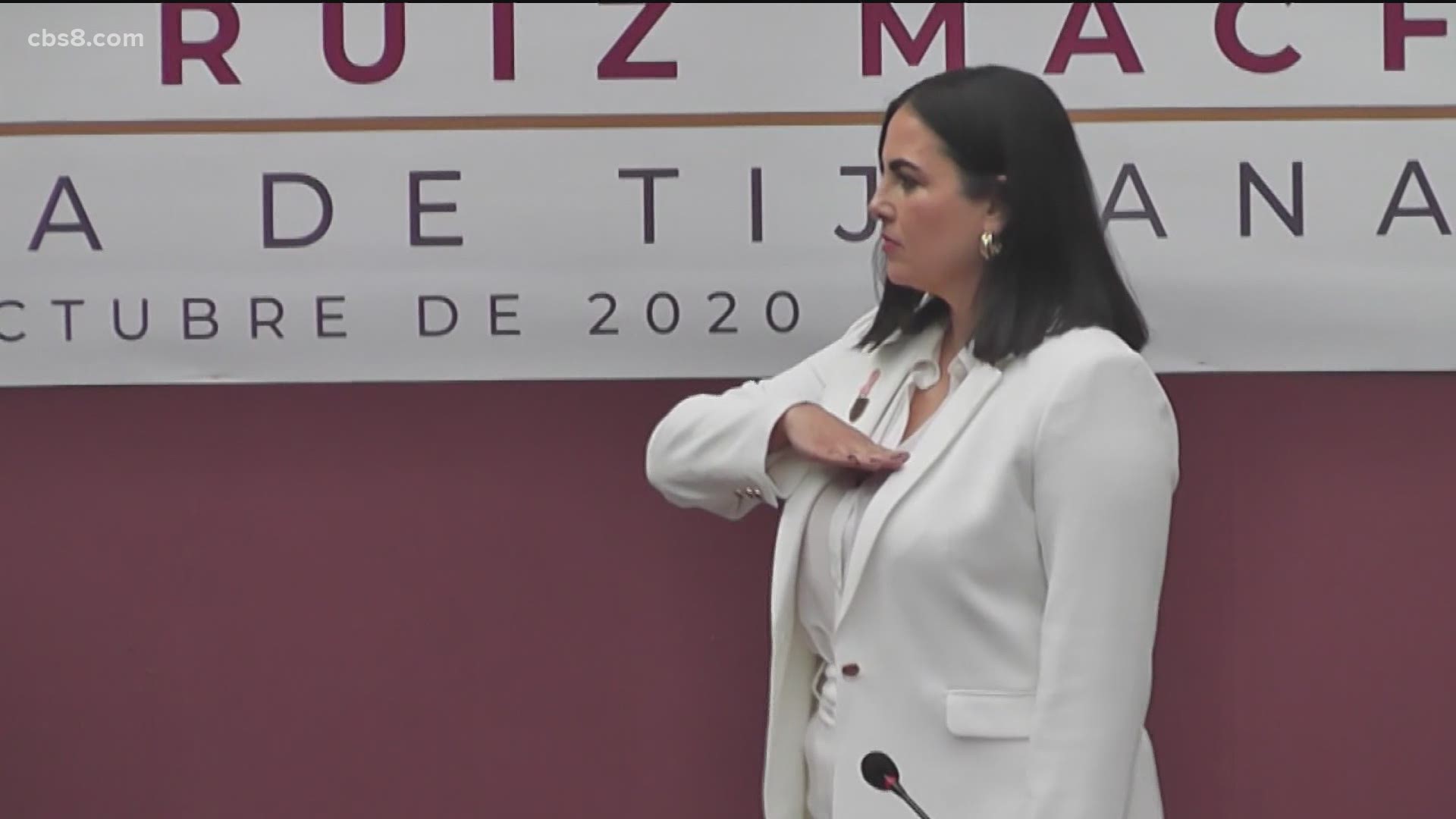 TIJUANA, Baja California — Amid a tumultuous transition, Tijuana made history in appointing its first female mayor. In her ceremony Friday, she said she loves San Diego and looks forward to working with our local leaders.

No stranger to politics, Ruiz is the daughter of Mexican state Attorney General Guillermo Ruiz Hernández.

She plans to tackle tough issues such as Tijuana safety, gun violence and unity, saying “we’re looking at programs where we are together not divided.”

How will having this Ruiz in charge impact the existing relationship with San Diego and Tijuana at the border?

“I love San Diego, and I love Tijuana, and I will be trying to look for San Diego officials to have a meeting,” Ruiz said.

Congrats to the first female mayor in the city of Tijuana. Today, Karla Ruiz MacFarland was appointed to run the border city of over nearly 2 million people. @CBS8 pic.twitter.com/s5D1CLwzNd

Ruiz is the former secretary of municipal education. She’s stepping in to fill this remaining year term for former Tijuana Mayor Arturo González Cruz, who left surrounded in controversy to run for Governor.

But current Baja California Gov. Jaime Bonilla accused Gonzalez of being involved in the murder of a well-known Mexican blogger, who was also a harsh critic of the local government and was killed in Tijuana 12 days ago.

Police have not said if González is involved in the death, and González has denied it and threatened to sue Governor Bonilla for libel and defamation of character.

But his exit made a clear path for Ruiz to now lead the border city of over 2 million people.

Ruiz said, “I feel very emotional, it doesn’t matter if you’re a man or woman at this point in 2020, it’s a matter of responsibility.”

On Facebook, Ruiz wrote: “I will have a transparent government, open doors and we will continue to be a government of welfare and social justice.