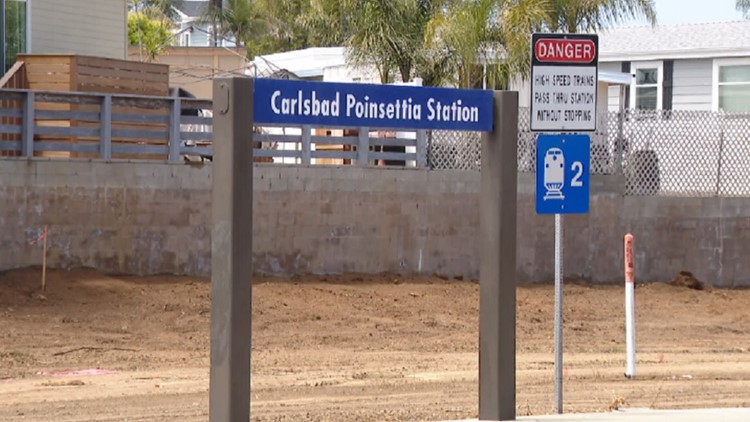 CARLSBAD, Calif. — The San Diego Association of Governments will begin three weeks of weeknight work Monday to make improvements to the Poinsettia Rail Station. Crews will work overnight from 9 p.m. to 5 a.m. on weekdays only through Sept. 27.

The work will require the closure of one or both tracks along the Los Angeles-San Diego-San Luis Obispo rail corridor -- which serves the North County Transit District, Metrolink, Amtrak commuter rail companies and the freight line BNSF -- to ensure the safety of workers. Work crews plan to work between the corridor's two rail lines on each side of the station to install intertrack fencing. Residents who live near the station can also expect various construction noises and lights during the work.

The Poinsettia Station project is part of SANDAG's overarching Build NCC (North Coast Corridor) program, a 40-year, $700 million effort to repair and expand vehicle and rail transportation infrastructure throughout the county. The agency expects the project to be completed next year. Information on the project can be found at KeepSanDiegoMoving.com/PSI.