A Vista family member of one of the occupants indicated that the husband and wife had not reported for work as scheduled on Sunday. 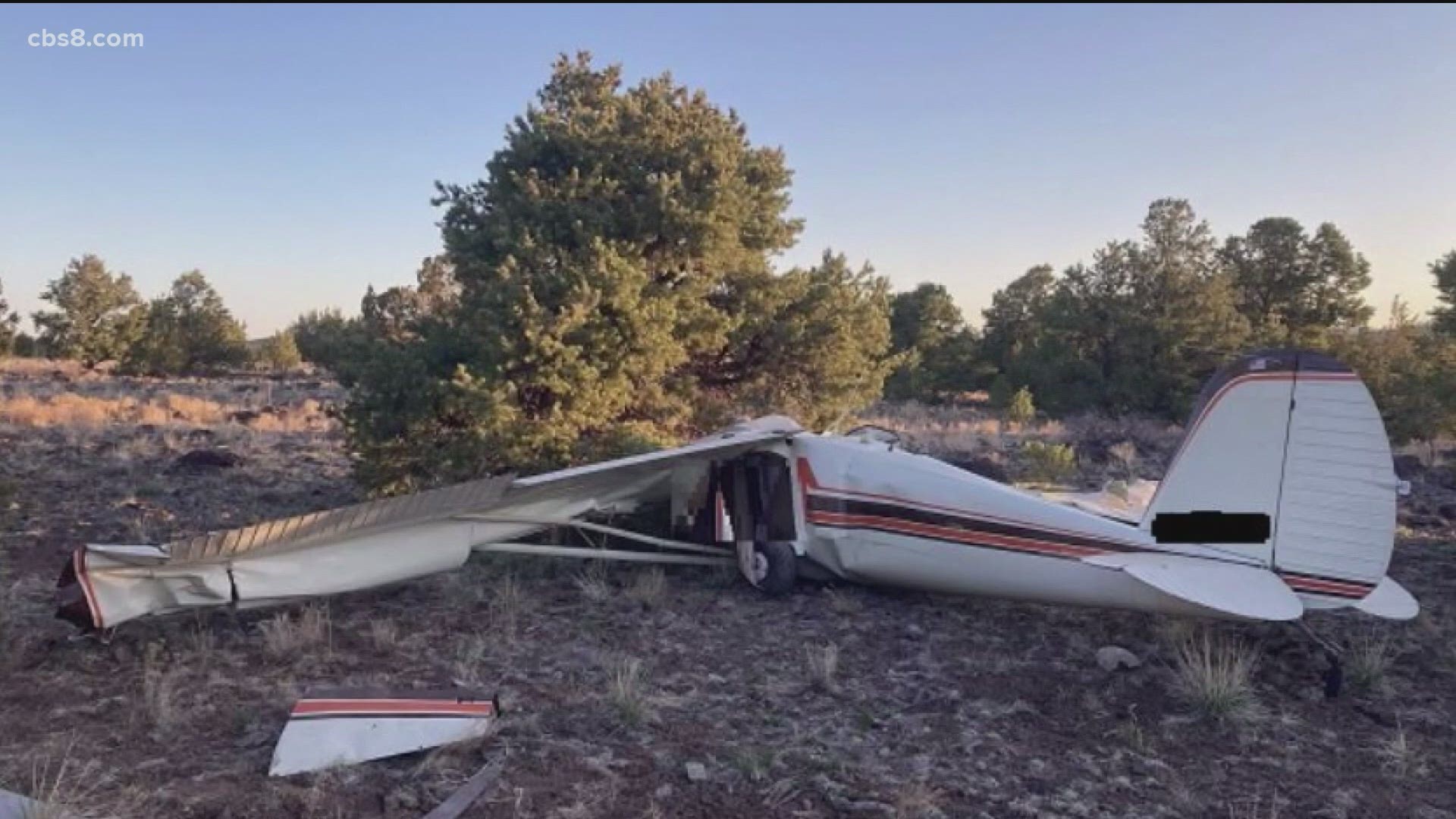 ARIZONA, USA — An Orange County couple with family in Vista were on board a small plane that crashed in a wooded area near the Williams Airport, which is located west of Flagstaff, Arizona, according to the Coconino County Sheriff’s Office.

A spokesperson for the sheriff's office said the mother of Timothy M. Gill, 37, indicated that her son had not reported for work as scheduled on Sunday. And, deputies from the Coconino County Sheriff’s Williams Sub-Station received a report of an overdue aircraft from Vista.

The occupants have been identified as Gill and his wife Joylani Roseann Kamalu, 38, of Lake Forest, Ca. and both were confirmed deceased in the downed aircraft.

The plane took off from the Sedona Airport on Sunday at 7 p.m. and its reported destination was the Grand Canyon Airport, which is about a 20-minute flight.

"They were en-route to the Grand Canyon, it's my understanding, for some sky diving lessons," said Jon Paxton, Coconino Sheriff's Department.

Multiple agencies began searching for the aircraft and at 1:40 a.m. early Monday morning, the downed plane was found in a wooded area near the airport in Williams.

"It's a very remote area and a vast county and sometimes these searches go for days if not weeks so we are happy to bring some kind of closure to the family," said Paxton.

Tim and Joylani called themselves Tango and Juliet and documented their aviation adventures on their YouTube channel.

Tim was well known in the swing music community. Playing trumpet and front vocals in the Tim Gill All-Stars Band. He performed at Disney, the Wiltern Theater in LA, and the Atomic.