Perry, who owns one of the largest film studios in the nation told 11Alive that the new law is “unconstitutional” and one that “harkens to the Jim Crow era.” 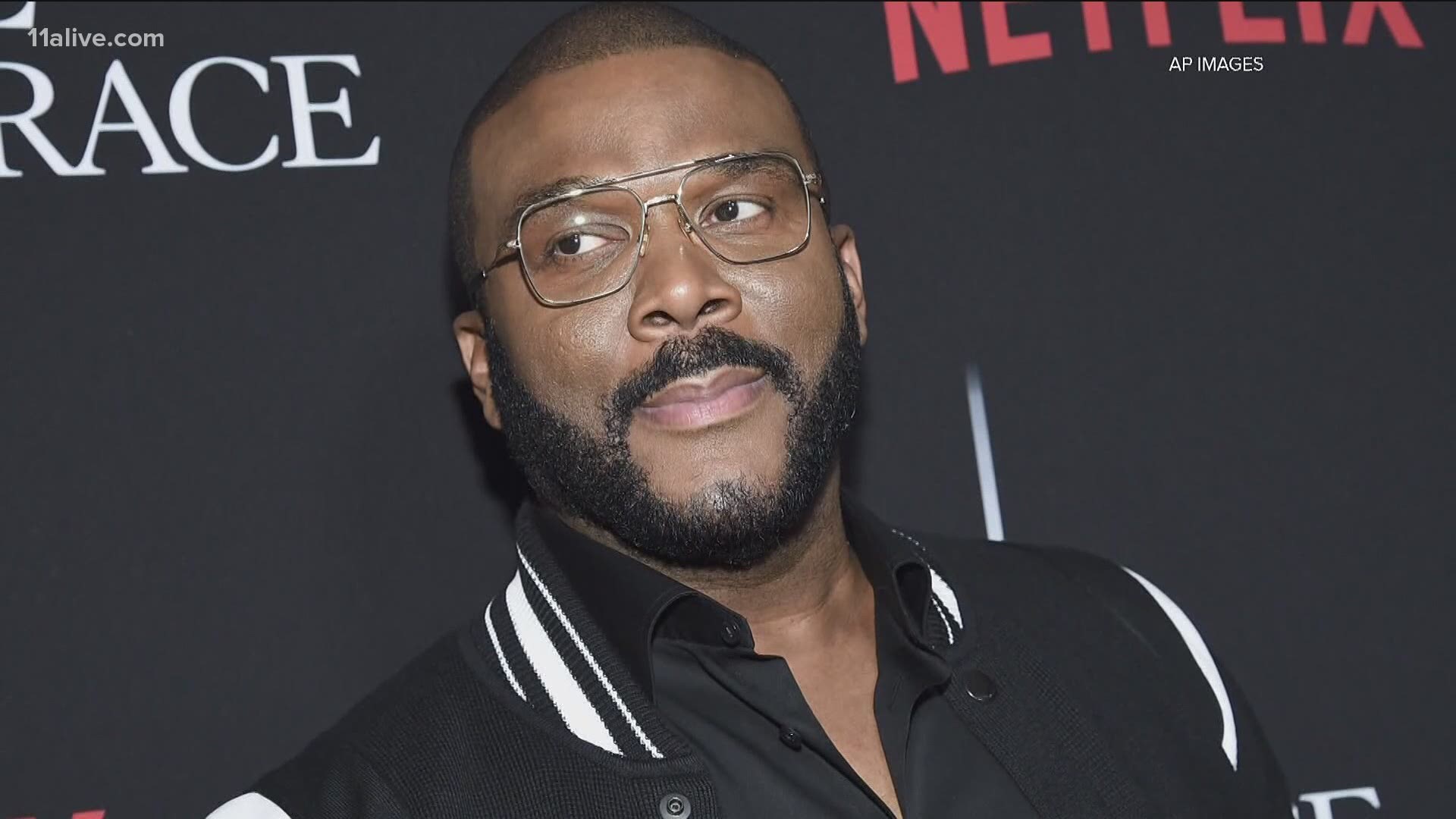 ATLANTA — Tyler Perry is speaking out against Georgia’s new election reform law that's gaining national attention as many are calling it a form of voter suppression.

Perry, who owns one of the largest film studios in the country, told 11Alive that the new law is  “unconstitutional” and one that “harkens to the Jim Crow era.”

While Perry is not calling for such act, he is encouraging people to make waves through using their power to vote in the upcoming gubernatorial election.

“As some consider boycotting,” Perry told 11Alive in a statement, “please remember that we did turn Georgia blue and there is a gubernatorial race on the horizon – that’s the beauty of a democracy."

The controversial law places new restrictions on voting by mail and greater legislative oversight of elections. It is facing several legal challenges.

Earlier this month, Perry released the second season of his BET series “Ruthless”. The series, which was written and directed by Perry was filmed inside his state of the art production facility.

The 330-acre facility is on a portion of the former Fort McPherson U.S. Army Base. Not only does Perry produce his own content, but several blockbusters including "First Man" and "Bad Boys For Life" were filmed in the soundstages at Tyler Perry Studios.

But outside of creating TV shows, films, and plays that have generated more than $2 billion to date, Perry has constantly supported various civil rights causes and has inspired thousands with his random acts of kindness.

Perry, who often speaks on political and socio-economic issues impacting Georgia cited his previous actions of speaking out against the heartbeat bill and an LGBTQ discrimination bill.

“As a Georgia resident and business owner I’ve been here a few times with the anti-abortion bill and the LGBTQ discrimination bill,” Perry wrote 11Alive. “They all sent a shockwave through Georgia and the nation but none of them managed to succeed. I’m resting my hope in the DOJ taking a hard look at this unconstitutional voter suppression law that harkens to the Jim Crow era.”

On Monday, Movie director James Mangold tweeted he won’t direct any more films in the Peach state because of the new law.

“I think a boycott could have some effect were it to actually impact Georgia economically,” said Mike Hassinger, a Republican political consultant, and strategist.

However, Dr. Bernice King, who opposed the bill, tweeted that a boycott would hurt middle-class workers and those facing poverty and also pointed out it’s important to understand the difference between boycotting the state and boycotting corporations.

On the other side, Republicans said state election law was overdue to get an overhaul, irrespective of the 2020 election.

Gov. Brian Kemp talked to 11Alive about the law Wednesday, who claims the bill will give people more opportunities to vote.

"It’s not disenfranchising anyone," he said.

"The good thing is the truth is on our side that this bill continues to allow for secure accessible fair election in Georgia by adding days and weekend voting, absentee ballots by mail, requiring county officials to continuously count so we don’t have breaks and we can do timely recording, and securing drop boxes -- making sure that every county has one," Kemp added.

He said overall, this will help speed up the process from an election officials' stand point.

"It’s going to make it easier on them to count the absentees using the voter ID instead of the arbitrary signature match, which is a very cumbersome process. So I would urge people to really understand what’s in the bill."