The mom posted her experience on social media to simply express her gratitude to the staff and passengers on the United Airlines flight from San Diego. 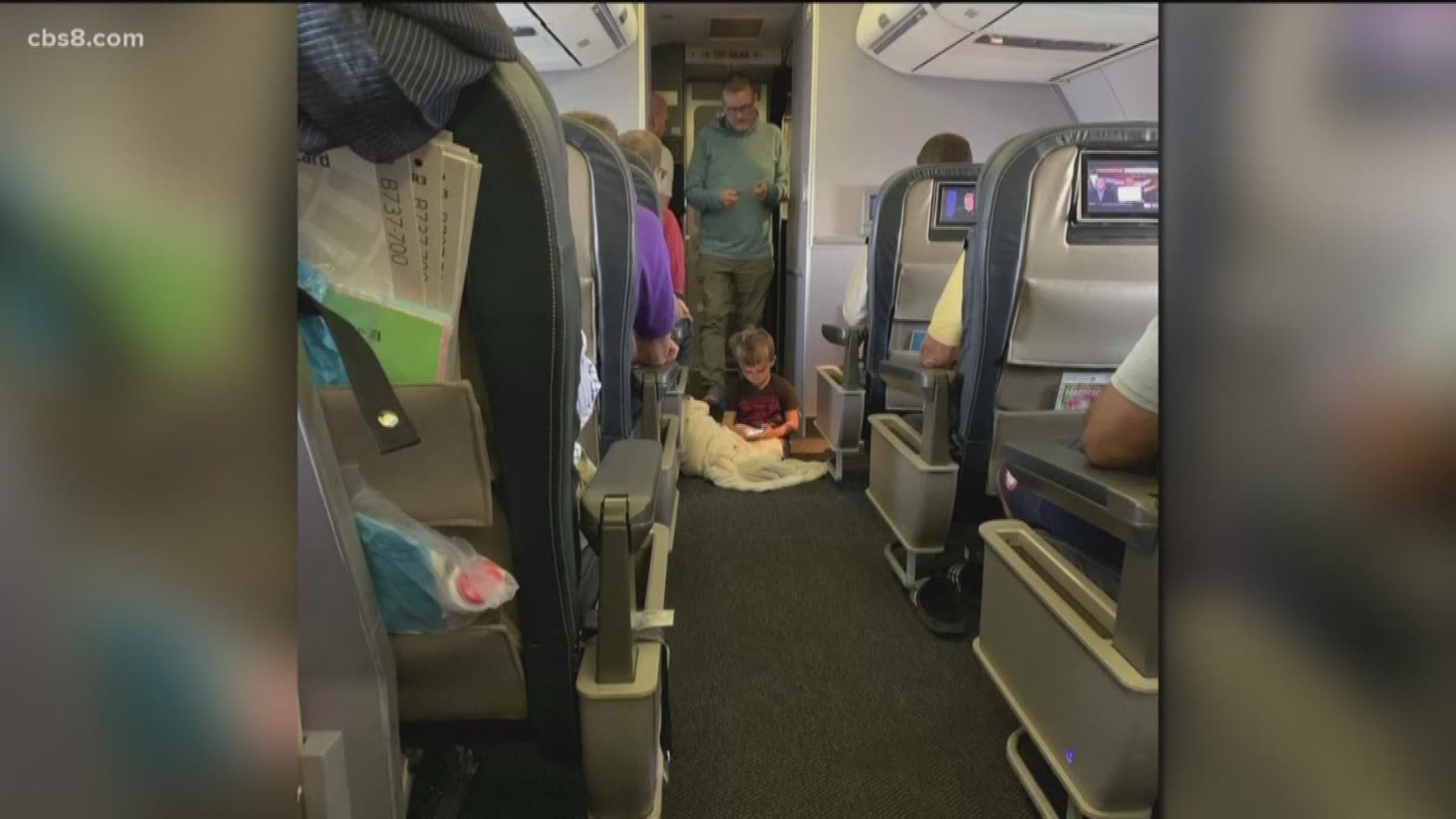 SAN DIEGO — Most parents know the stress of traveling with little children, but one family has shared their experience on a United Airlines flight after the crew stepped in to help their young son who is autistic and was having a difficult time.

The mom posted her experience on social media to simply express her gratitude to the staff and passengers on the United Airlines flight from San Diego. It’s a post that has since gone viral.

Four-year-old Braysen enjoyed his family vacation in San Diego, but his mom, Lori Gabriel, said they were not sure what the family would be able to do since Braysen has autism and is non-verbal.

"We did not go out to dinner. We did not do much. We ordered our groceries online because the stress of being in public with him is too much,” said Lori.

Unfortunately, it was the stress of boarding a United Airlines flight home that became too much. Overstimulated Braysen started having a meltdown and refused to sit for takeoff.

“The three of us were trying to get him in the seat and it was just impossible,” said Lori.

Approached by flight attendants, Lori was preparing to be kicked off the plane, but something else happened instead.

“They just sprang into action. They were like, ‘what can we do to help you,’” she said.

Even after kicking a few seats, the crew and passengers be-friended the restless four-year-old – allowing him to spend time in first class and lay on the aisle floor to feel the vibration of the place, something that is calming for him.
“I didn’t want anyone to be inconvenience. If he's happy we're happy," said Lori.

When the plane landed in Texas, a woman who had been sitting near the family and works for United Airlines handed them a hand-written note:

“He is a blessing. God bless your love, your patience, your love, and support, and your strength. Continue to be superwoman.”

Lori said the note meant the world to her. She said her experience on that flight has not only given her family hope to keep trying new things, but hope that human kindness is still flying high.

"On behalf of the United family, we want Lori and her family to know they are loved and supported. We are proud of our crew and all our employees for the kindness and care they show our customers every day and this is a beautiful example of the impact that can have."