These unregulated and untraceable firearms are provided through do-it-yourself kits, secured legally online with no background check. 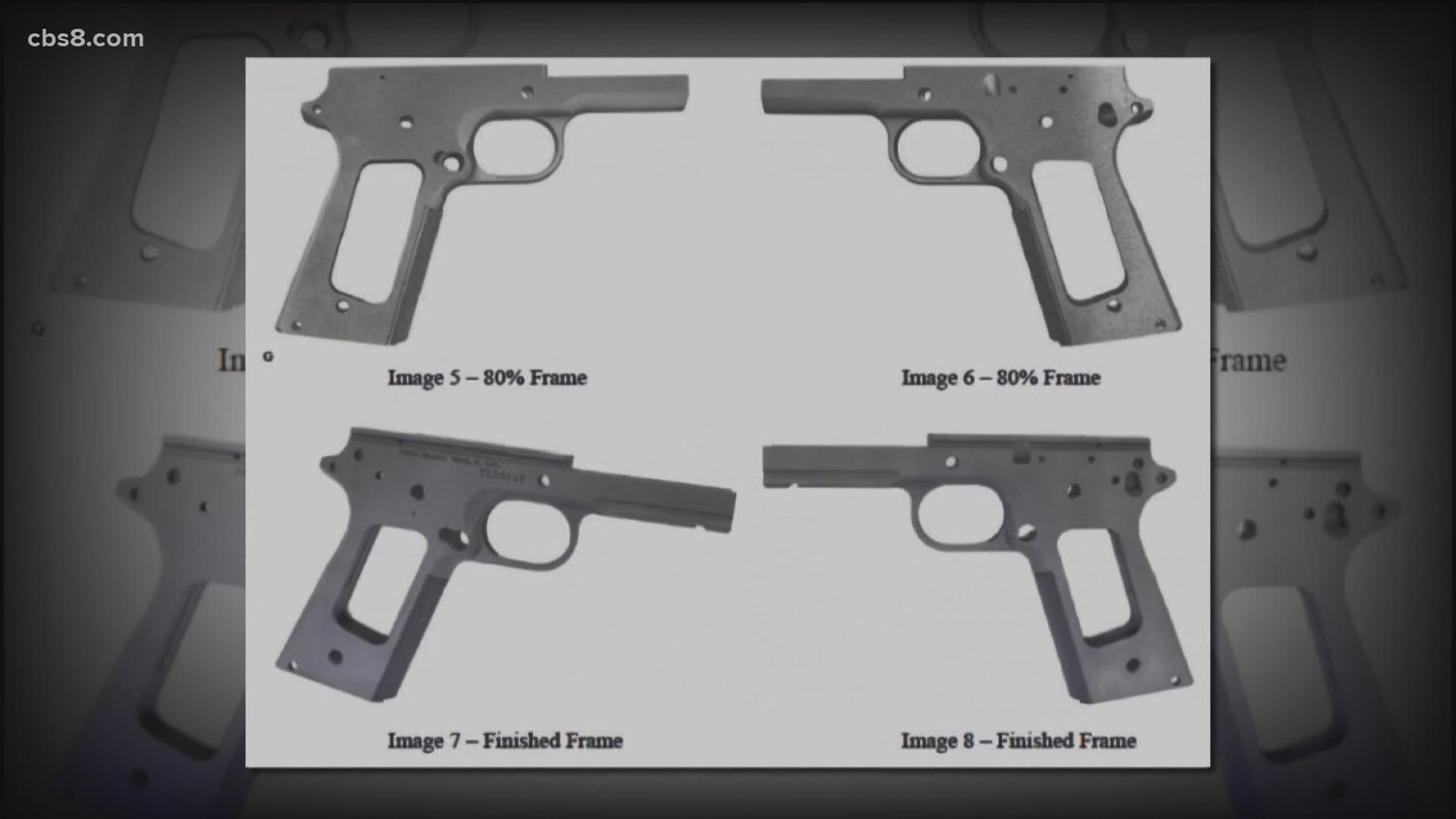 SAN DIEGO — The suspect in Thursday night's fatal shooting spree in the Gaslamp Quarter was using a so-called "ghost gun," according to police: a firearm that is self-assembled using a legally-procured kit without any serial number to trace it.

This issue is a growing problem nationwide, including here in San Diego, where Police Chief David Nisleit said that one in four guns recovered by police is an untraceable ghost gun.

"A 9mm handgun was recovered from the suspect," Chief Nisleit said at a press conference Friday afternoon, later confirming "It was a ghost gun or unserialized firearm."

The suspect in Thursday's shooting, which claimed the life of a 28-year-old man and wounded four others, has been identified by police as 32-year-old Travis Sarreshteh of San Diego.

These unregulated and untraceable ghost-gun firearms are provided through do-it-yourself kits, secured legally online with no background check, which provide the buyer all the parts needed to assemble a lethal firearm at home.

"That means anyone who is prohibited because of their mental illness or their prior felony convictions can still purchase a firearm, have it Fedexed overnight and have a gun in their hands the following day," Chief Nisleit told News 8 earlier this month.

California technically requires 'ghost gun' owners to apply for a serial number: a requirement that is difficult to enforce, leading to a rising number of these unserialized weapons on the streets of San Diego.

"We have seen a 169 percent increase in unserialized or ghost guns in 2020," Chief Niselt said.

Just a couple weeks ago, President Biden took executive action to try to crack down on the easy accessibility of ghost guns.

"Anyone from a criminal to a terrorist can buy this kit and, in as little as 30 minutes, put together a weapon," Biden said.

News 8 has learned that Sarreshteh's criminal past centers on firearms.

He is currently on probation for a 2019 misdemeanor conviction of carrying a concealed weapon. Following his guilty plea in that case, Sarreshteh was ordered to attend a special firearms program by the court.

Court records also show that he has an active warrant for his arrest in San Diego county for operating as a security guard without a license.

Sarreshteh now faces far more serious felony charges: one count of first-degree murder and four counts of attempted murder. He is scheduled to be arraigned on Monday, May 3.