The creator of HiddenSanDiego.net wrote a book about abandoned landmarks in San Diego. 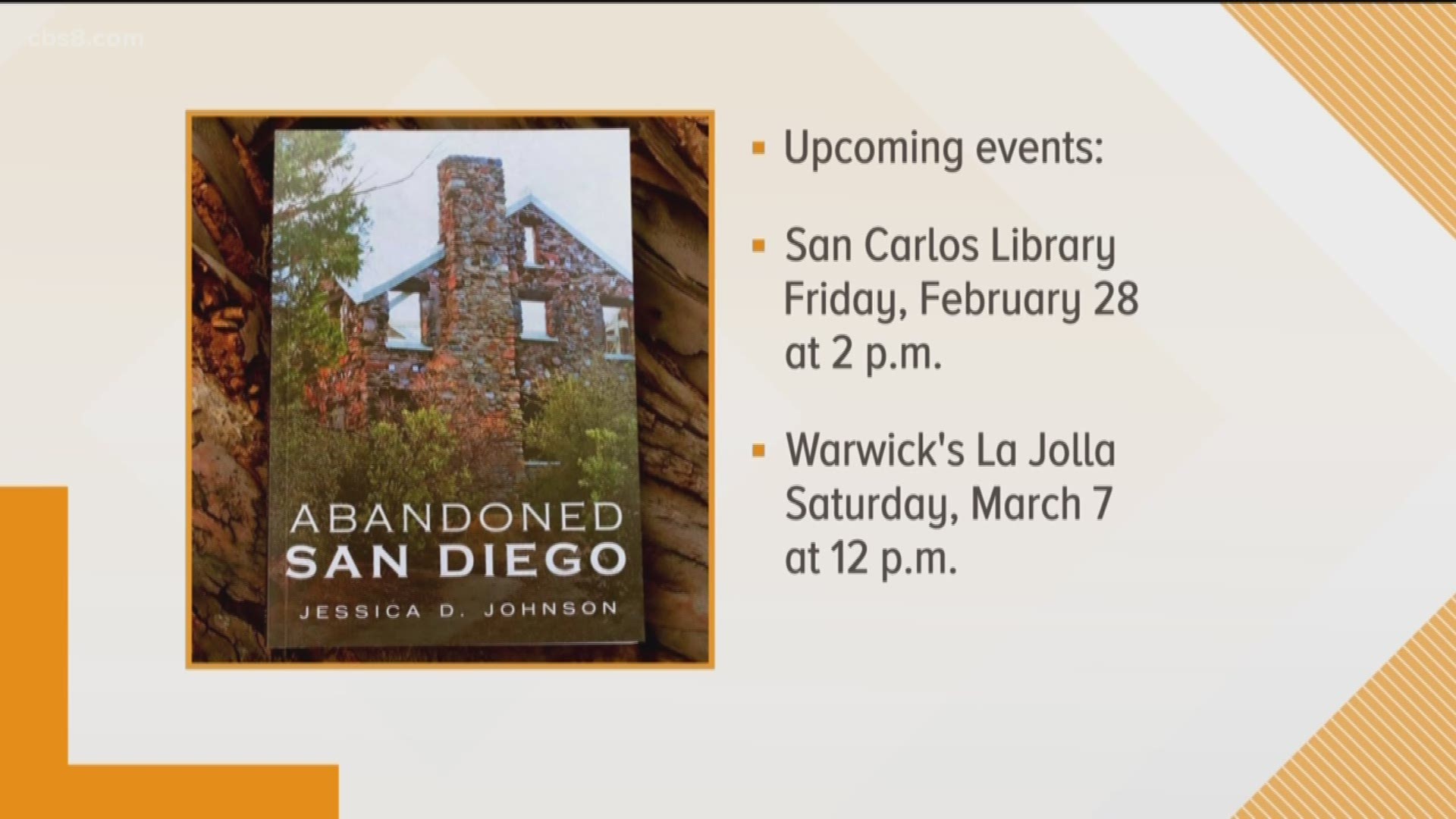 SAN DIEGO — Poway resident, Jessica Johnson, published her first book in 2019 about the abandoned landmarks of San Diego. Abandoned San Diego is a trip back in time, visiting nineteen sites that are in some level of deterioration, but still offer a glimpse into a different period in San Diego's past.

According to the book description on the author's website, HiddenSanDiego.net:

“In 1880, San Diego was a sleepy, dusty, western border town of about 2,500 souls. Today, it is a modern, world-class city with a greater metropolitan area population of more than three million residents (five million if the Mexican border city of Tijuana is included), a diverse economy, and tourist attractions that draw an estimated thirty-five million visitors each year. Its history was written by a fascinating group of friars, explorers, miners, entrepreneurs, educators, and inventors.

In a thriving modern city like San Diego, little stays the same for long. Today’s skyline would be virtually unrecognizable to a time traveler from the 1950s, but when you explore a little, you find fascinating vestiges of the San Diego of our great grandparents tucked away. Abandoned San Diego is a trip back in time, visiting nineteen sites that are in some level of deterioration, but still offer a glimpse into a different period in San Diego’s past. Along the way, we will take a richly illustrated journey to old mines, fading towns, burned out ruins, and pioneer cemeteries, among other fascinating places.”