San Diego consignment stores are taking on the fast-fashion industry 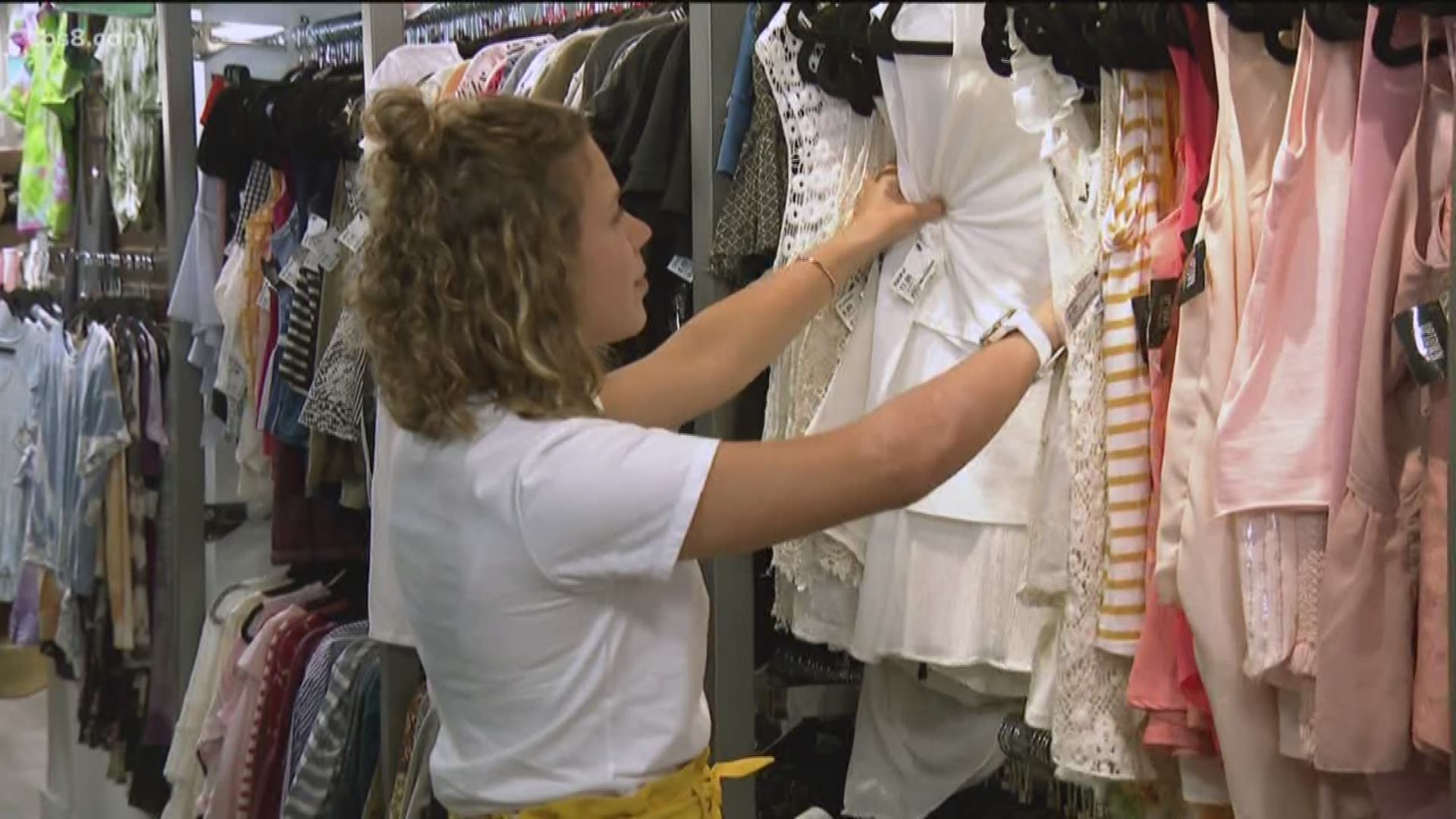 CARLSBAD, Calif. — In this week’s edition of Protecting Paradise, we're talking about one of the most wasteful industries in the world: fashion. We want to challenge you to take something old from someone else and make it new for you. Take a picture of your new resale find and post it using #UpWith8.

Think high-end, trendy brands for a fraction of the cost. That's what Uptown Cheapskate Carlsbad is all about.

“We sell everything from workout clothes to coats and jackets and everything in between – accessories, shoes, jewelry, and we have both men’s and women’s,” said Mcatee.

Mcatee opened the resale shop in Carlsbad two years ago and business is booming.

Thanks in part to social media, she says if a girl posts a picture in a cute outfit on Instagram, it's likely she won't wear it again.

“Why are you going to spend a ton of money on items when you’re only going to wear it once or twice?” said Mcatee.

Plus, let’s not forget the fast-growing eco-conscious crowd: mainly teenagers.

“It’s really catching on in younger demographics,” said Mcatee. “High school students are becoming much more aware and bringing their moms in here and moms are selling clothes.”

It’s a good thing considering the fashion industry is considered the second largest polluter in the world, just after the oil industry.

Fashion generates 92 million tons of the world’s waste each year, according to a recent “Pulse Of The Fashion Industry” report.

Sustainyourstyle.org reports a family throws away an average of 66 pounds of clothes every single year. Only 15% is recycled or donated. The rest gets dumped.  When synthetic fibers like polyester are tossed, they can take up to 200 years to decompose.

“The amount of pollution created from the clothing industry is enormous,” said Mcatee.

That’s why the many consignment stores across San Diego county are proving to be powerful in the sustainable movement.

She scored some steals at Uptown Cheapskate.

“It’s helpful for me so I don’t have to spend as much and their clothes don’t go to a landfill, so it’s a win-win,” said Klusmeyer.

We want to see some of your finds. Take a picture and post it and use #UpWith8.