The photo, which was taken at a Fourth of July parade in Alpine was posted to Hunter’s Facebook page that same day along with a series of others. 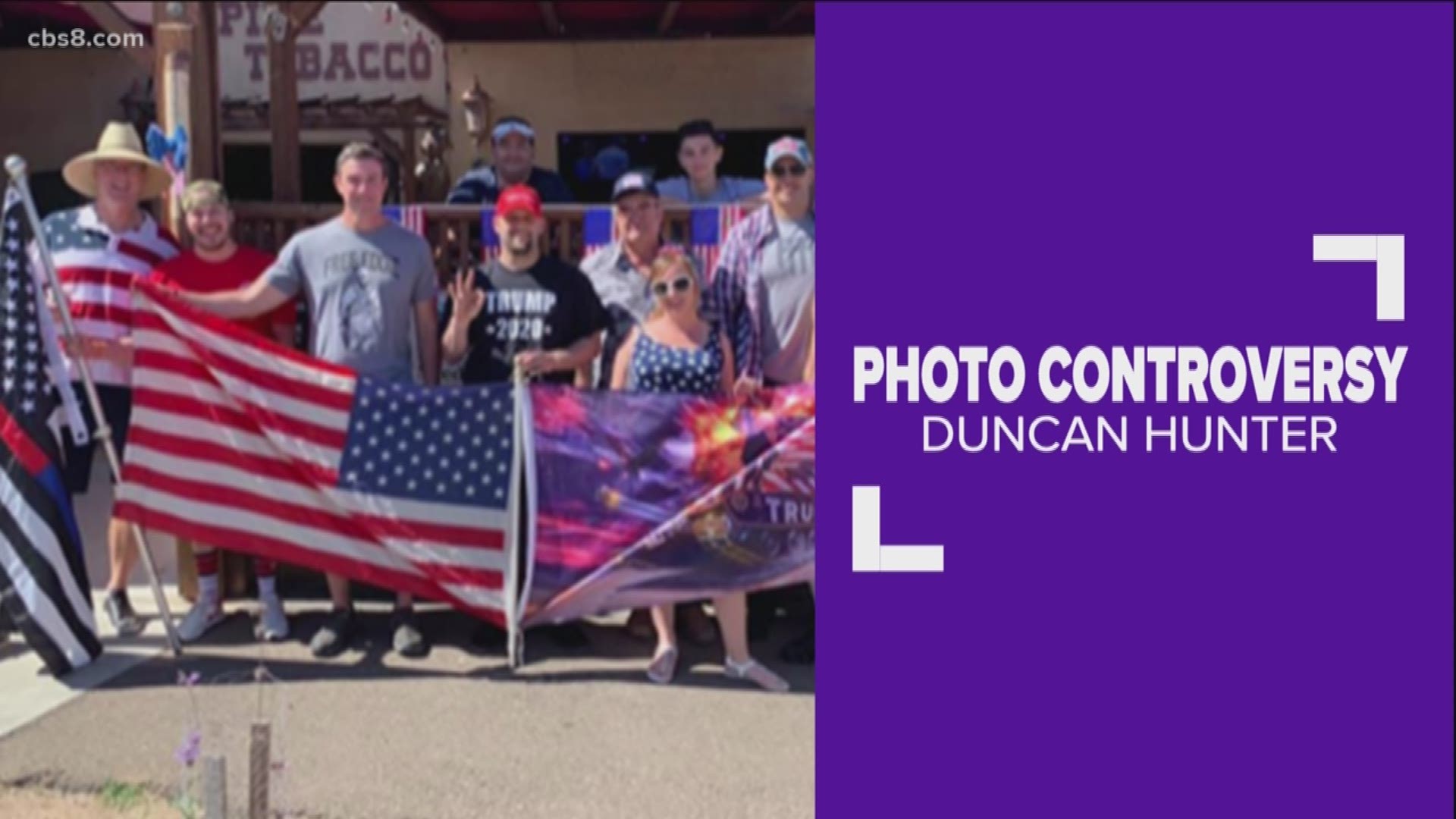 SAN DIEGO — Embattled local congressman Duncan Hunter has come under fire for a Fourth of July photo published to his official Facebook page. In the photo posted on Thursday, a man next to Hunter is seen holding his hand in an “OK” sign which the Anti-Defamation League has said in recent years has been adopted by white supremacists to symbolize white power.

“It’s very unfortunate that Duncan Hunter chose to a be photographed with this person [who] we know is a far-right extremist,” said Tammy Gillies, Regional Director with the Anti-Defamation League.

The photo, which was taken at a Fourth of July parade in Alpine, was posted to Hunter’s Facebook page that same day along with a series of others. News 8 was also at the parade and captured footage of the man in the photo walking with the congressman along the parade route.

After learning of the picture, News 8 reached out to Hunter’s team for a comment and received a one-word response that said, “ridiculous.” The picture remained on his page through the weekend before being taken down Monday morning.

“Certainly I would like him to take some responsibility for doing that,” said Gillies. "We're normalizing hate and are allowing this to just become a regular part of our daily life and that's the danger for me."

As for the man making the symbol, Gillies said he’s “been on the radar here for some time.”

The ADL says the man is a well-known far right extremist with alleged ties to various white supremacist groups. He’s denied those claims in published reports.

On Monday, Hunter’s District Chief of Staff Mike Harrison told News 8 via email that the congressman walked in two Fourth of July parades in his district in Alpine and Julian.

“Sometimes people want to walk with him and many times constituents want to take pictures with him, which he has always accommodated,” Harrison stated. “Congressman Hunter has never supported or been accused of supporting white supremacy and if anyone were to espouse any such beliefs in a photo with Congressman Hunter they did so without his knowledge or consent.”

Harrison went on to state that Congressman Hunter does not personally know the man in the photo personally “or what his views may be."

"To ensure there is no confusion, however, we have taken that particular picture off his social media pages.”