Guns shows like the Crossroads of the West will be allowed to reserve dates and hold shows at the fairgrounds for the first time since last December. 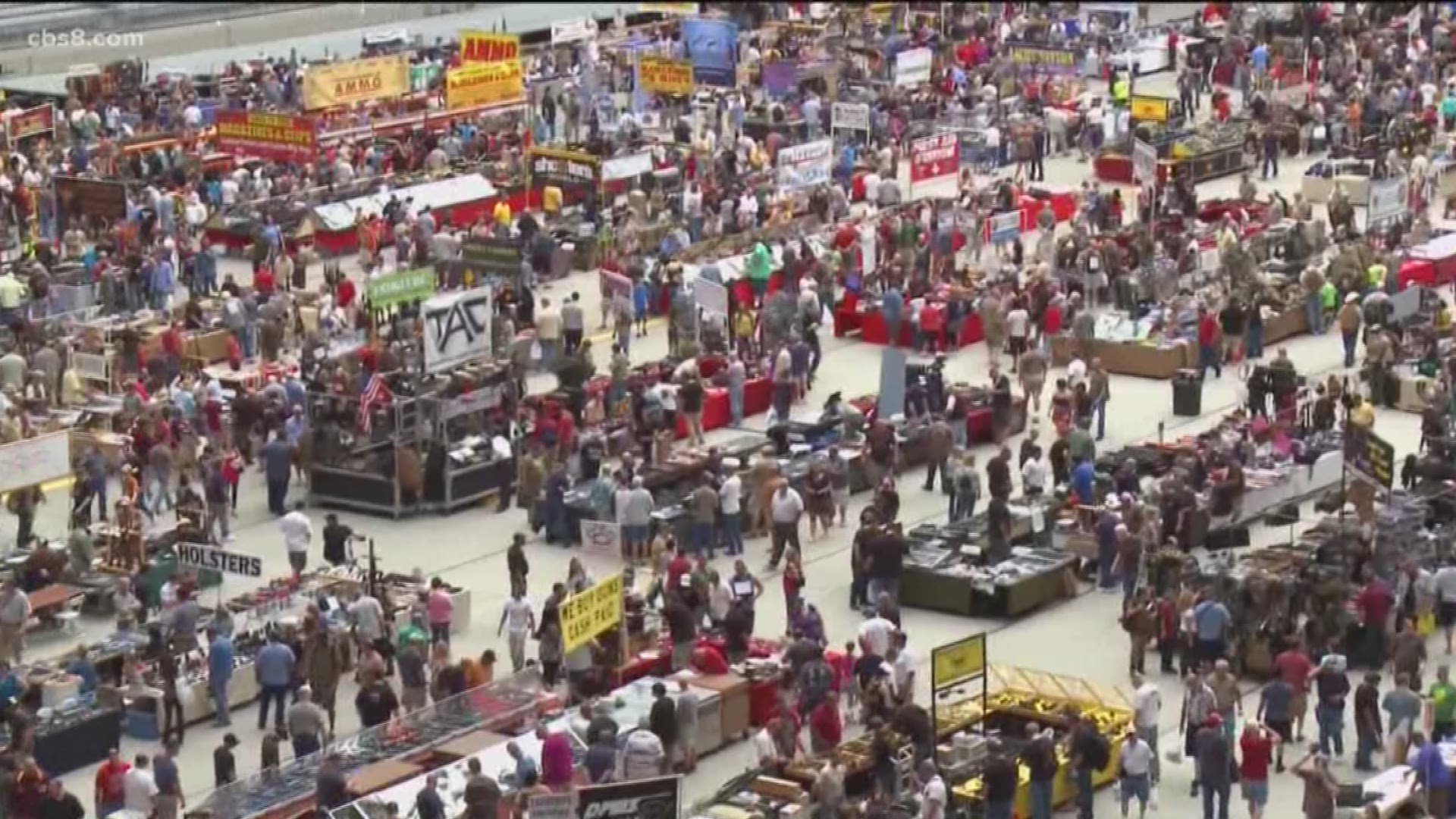 SAN DIEGO — A federal judge ruled that gun shows can continue at the Del Mar Fairgrounds, at least for now, as the court considers a lawsuit against a state agency's decision to effectively suspend the shows, the California Rifle and Pistol Association announced Wednesday.

U.S. District Judge Cathy Ann Bencivengo issued a preliminary injunction on Monday, ruling that the state must allow gun shows at the fairgrounds to continue while the court rules on the legality of the suspension. As such, guns shows like the Crossroads of the West will be allowed to reserve dates and hold shows at the fairgrounds for the first time since last December.

The state's 22nd District Agricultural Association Board of Directors, which oversees the Del Mar Fairgrounds, voted last September to temporarily ban the sale of guns and ammunition at the fairgrounds until state legislators could iron out concerns about on-site purchases.

The vote effectively suspended gun shows at the fairgrounds after Jan. 1, prompting the CRPA to file suit against the state of California. The National Rifle Association and the Second Amendment Foundation are also supporting the CRPA in its grievance.

"We're thankful Judge Bencivengo sees the constitutional problem with banning these safe, perfectly legal events and is allowing the show to go on while we continue to fight," said Tiffany Cheuvront, attorney for the CRPA and B&L Productions, which runs the Crossroads of the West gun show. "We're confident that as this case progresses, law-abiding Americans' civil rights will not be unjustly violated and that we will prevail."

The San Diego County Gun Owners political action committee also praised the ruling and argued there is "nothing reasonable" about ending gun shows at the fairgrounds.

"It is unconscionable that a very few people would use the force of government to discriminate against fellow San Diegans simply because they dislike them for exercising their rights," said Michael Schwarz, executive director of San Diego County Gun Owners. "The injunction shows that the judge agrees there is a valid and important case to be made on behalf of California gun owners."

Gun control activist groups like Never Again California, a group of Del Mar residents and the cities of Del Mar, Encinitas and Solana Beach called for an end to gun shows at the fairgrounds last year in response to mass shootings and instances of gun violence around the country.

In February, Gloria and Boerner-Horvath introduced Assembly Bill 893, which would ban the sale of guns and ammunition at the fairgrounds wholesale beginning in 2021. The Assembly approved the bill by a 48-16 vote in April and it's now being vetted in the state Senate. However, the court's eventual ruling on CRPA's case may put the bill's future in jeopardy.

While Boerner-Horvath's office had no immediate comment on the ruling, Gloria insisted AB 893 will continue moving through the state legislature.

"This injunction ignores the will of residents in the communities around the Del Mar Fairgrounds who have stated unequivocally that they do not want guns or ammunition sold on this public, state-owned property," Gloria said. "We will continue to persist with our legislation to prohibit gun and ammunition sales on the fairgrounds and I hope the Del Mar Fair Board chooses to appeal this misguided decision."

The case is expected to continue into the fall, according to Cheuvront. If the Senate passes AB 893 and Newsom signs the bill into law prior to the case's completion, the gun show organizers would likely file a second lawsuit to have the ban struck down.