US Marshals detain Santee man and his roommate, after mistaking roommate for a fugitive

"They claimed they had a warrant, so I wasn’t concerned about that, but they didn’t give me any paperwork," the man said. The incident was caught on video. 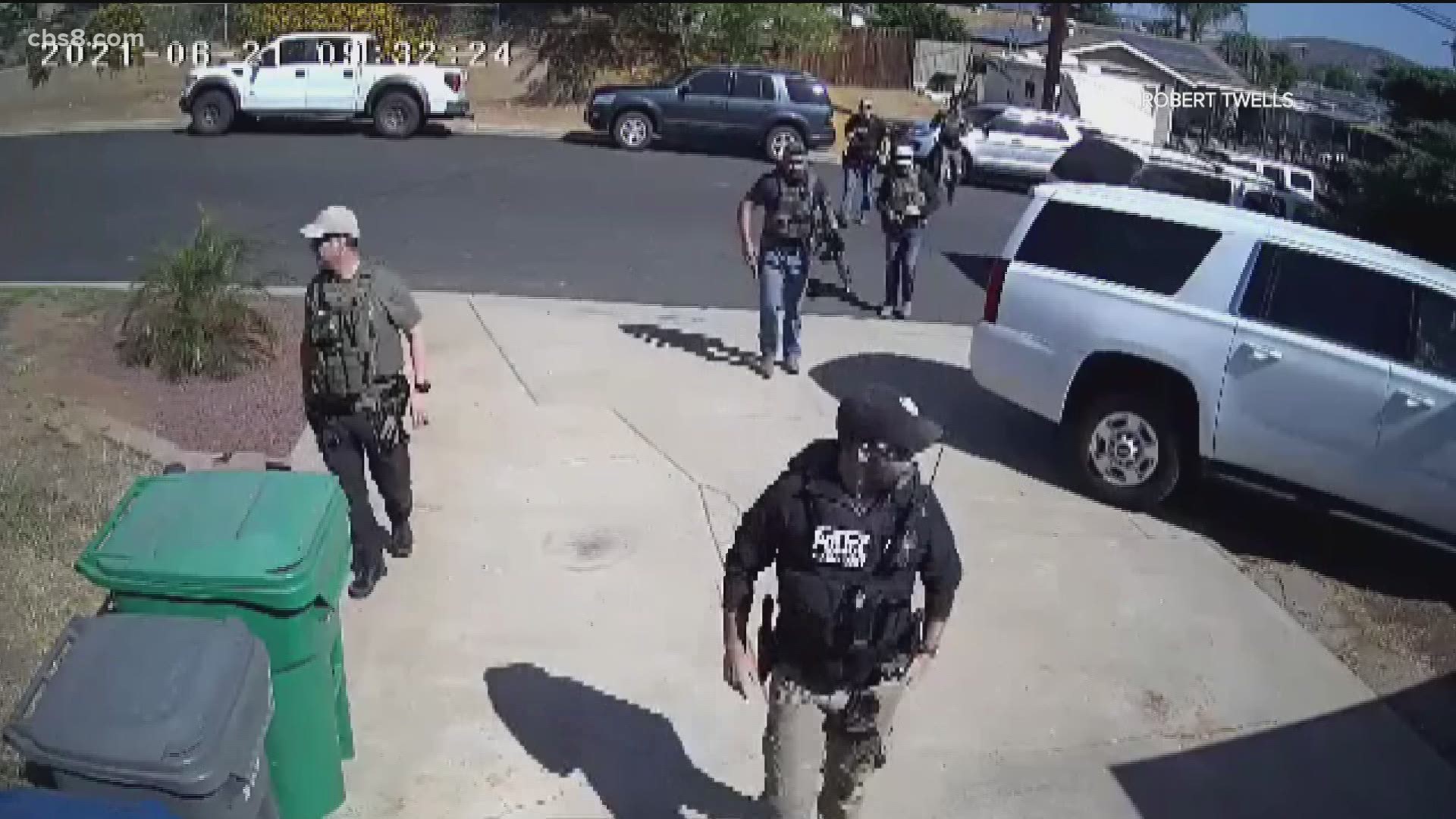 SANTEE, Calif. — A Santee man said he was briefly detained at his home by US Marshals on Monday as they searched for his roommate but it turns out it was all a mistake. The incident was caught on video outside of the house.

He said he didn’t want to be interviewed on camera for his own safety and privacy. But he does want to get to the bottom of why US Marshals entered his home without providing a warrant and how they could mistake his roommate for a fugitive.

“I told them he wasn’t here. I don’t remember if I gave them permission to go inside of my house. They claimed they had a warrant, so I wasn’t concerned about that, but they didn’t give me any paperwork," said Robert Twells, who lives with his mother and his roommate Dylan in the Big Rock area of Santee.

Twells said he was shocked when US Marshals ordered him out of his house about 9:30 Monday morning. He was told they were looking for his roommate Dylan, whose full name will not be used to protect his privacy. Twells said the Marshals were fully armed with their guns out. He said he wasn’t mistreated, but he was concerned about his mom who was still in the house at the time.

“My mother is in the house and she’s severely disabled. She has advanced Parkinson’s. She’s practically paralyzed. She’s bed-bound. She was very upset because they came in, didn’t really announce themselves. She wasn’t expecting to see men with machine guns and body armor come in the house and in her room,” Twells said.

Twells said they demanded to know where Dylan was so he told the Marshals he was at work and gave them his location.

“I got a phone call about 35 minutes later from him saying they got the wrong guy. It’s just the same name. He had the same name as their fugitive,” Twells said.

He said the man marshals were looking for was White, had previously lived in Arizona and was 5’6 tall. His roommate Dylan is also White but stands at 6’1, is a Navy veteran and has never lived in Arizona.

“I don’t know if they’re following procedure correctly because I didn’t get any paperwork to verify what their business was or if they had official permission to just go in my house," Twells said.

He said he reached out to the US Marshals office here in San Diego to find out why this case wasn’t vetted properly but he hasn’t gotten a call back yet. News 8 also left a voice message at the office earlier Monday and as of this storying airing had not received a response.