One option contains a new building for NAVWAR as well as a mixed use plan that would contain housing and public transportation. 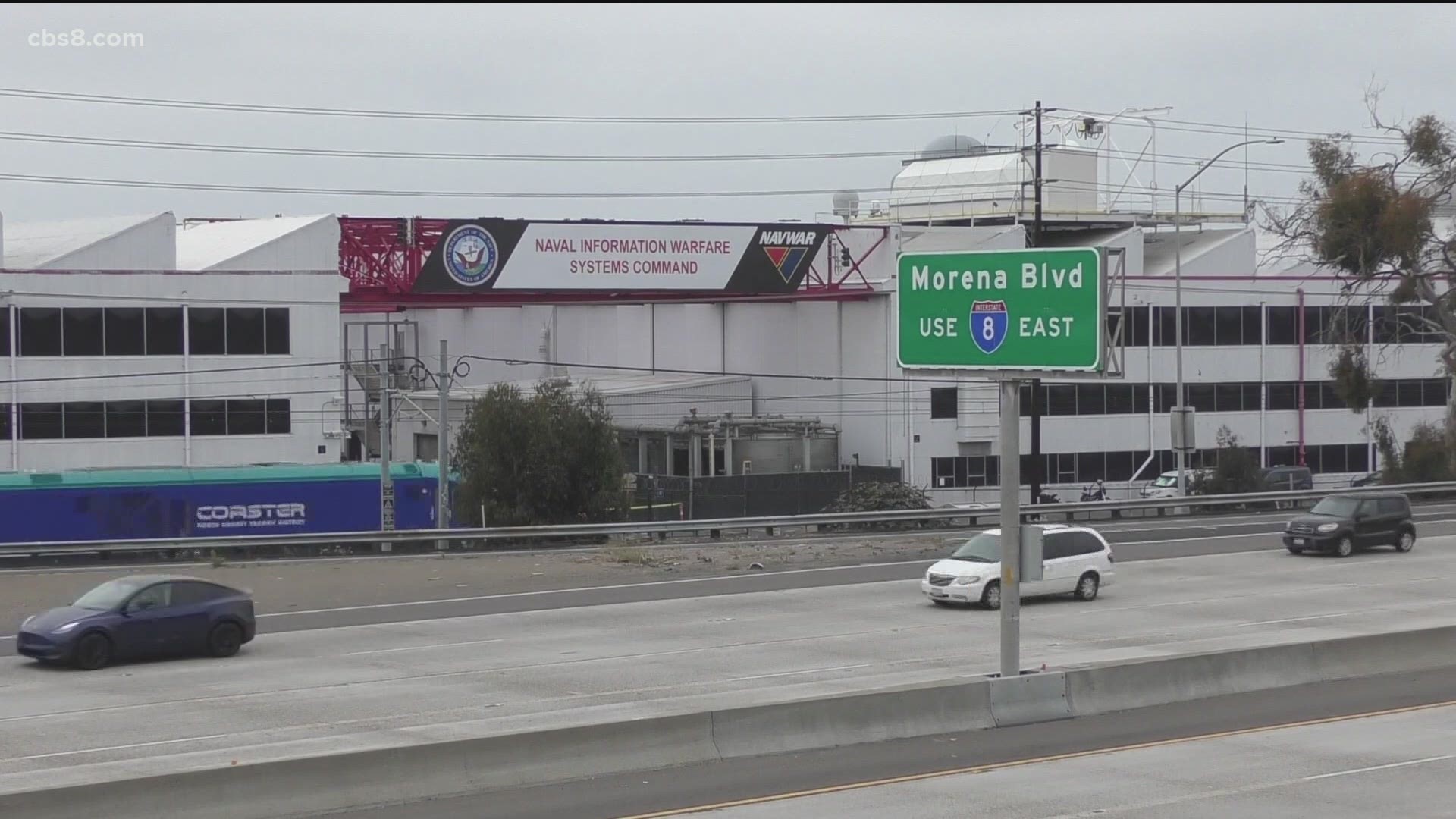 SAN DIEGO — The United States Navy gave an update on Friday on how they plan to redevelop its campus in Old Town. The facility was once used to build airplanes for the Navy starting back in 1941, but heavy manufacturing hasn’t happened there since 1995.

Most recently, the Navy’s Old Town campus housed NAVWAR or the Naval Information Warfare Systems Command. It is considered the cybersecurity arm of the United States Navy. The Navy says the World War II-era building is not the best fit for the high-tech work being carried out inside of it.

The Navy says they want to upgrade their facility all while reducing its footprint in the area.

An initial environmental impact study identified five alternative options on what to do with the site. They did give one preferred option which would have a developer build a more vertical complex for NAVWAR in exchange for the remaining acreage.

The developer would then build a massive mixed-use plan that would be mostly housing that includes public transportation as well. It could add 10,000 units to the area a would potentially house 14,364 people.

All five of the options are open for public opinion. To weigh in on these options, click here.

The Navy will hold two virtual meetings on the options.

According to a release by the Navy, "The public will be able to submit comments on the potential adverse effect to historic properties and provide input on how to resolve adverse effects. Details on the virtual public meetings, how to access the Draft EIS, and how to submit written comments are provided below. All comments submitted by July 13, 2021 will become part of the public record, and substantive comments will be considered in the development of the Final EIS."

🚨NAVWAR Revitalization Project update alert! 🚨 The U.S. Navy is inviting the public to comment on the newly released...