USD graduate Jonny Kim took on roles as a Navy Seal, doctor, and now astronaut. He was selected for NASA's Artemis Team this week. 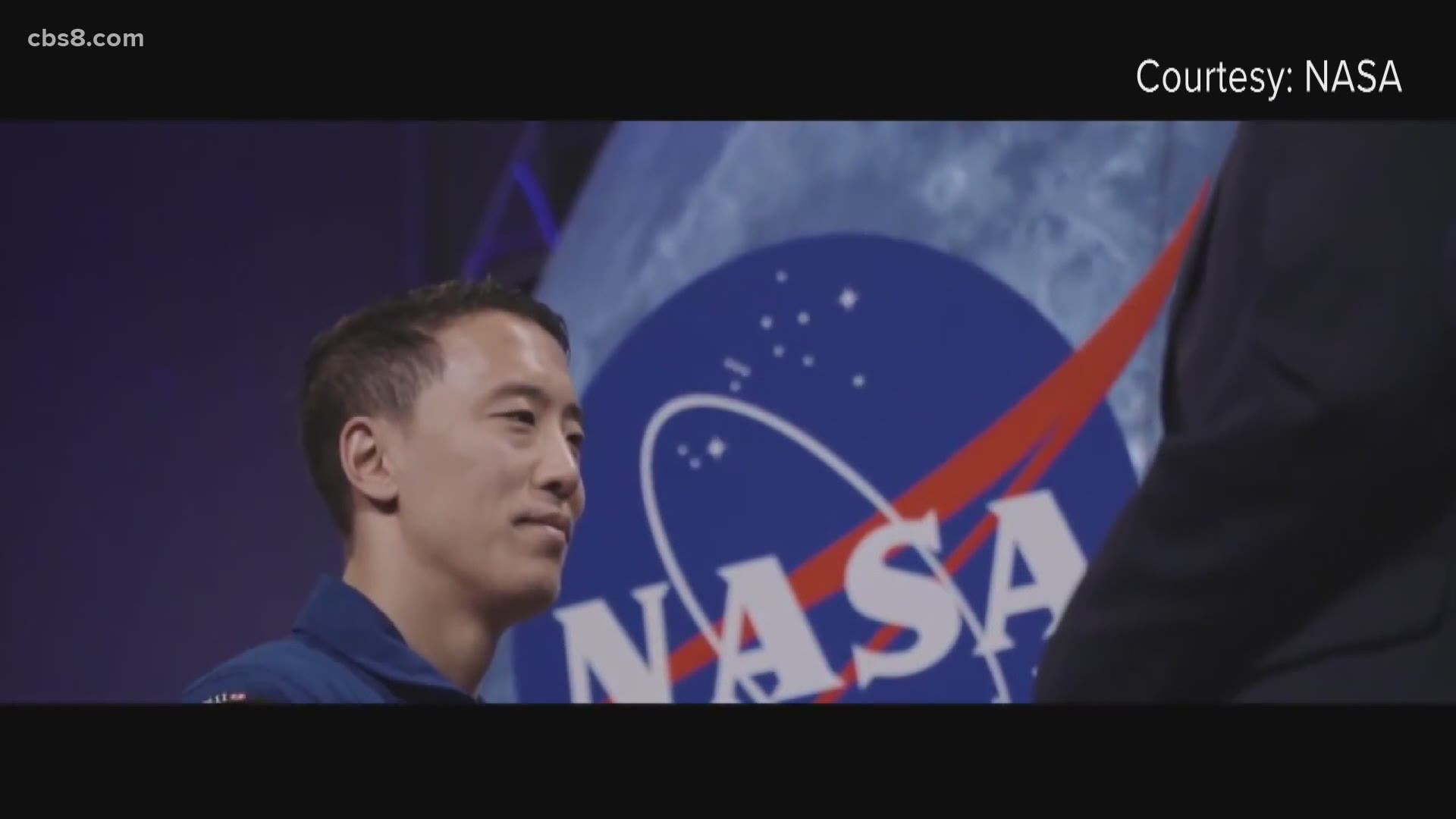 SAN DIEGO — What Jonny Kim has achieved at 36 years old would take many of us a lifetime.

Growing up in Los Angeles, Kim heard the call of duty and joined the Navy SEALS, where he participated in over 100 combat missions and was awarded a Silver and Bronze star.

Kim then turned his attention to medicine, where he attended Harvard Medical school and became a doctor.

Setting your hopes high is one thing, but Kim set his sights on the stars, literally.

“You get to push the limits. Go beyond space.” Kim said from his house in Houston. “You get the perspective of how fragile our planet is from the space station.”

In 2017, the University of San Diego Graduate joined the elite NASA Astronaut program, and earlier this week was selected for Team Artemis, the newest generation of space scientists.

“It’s the first step of a phased operation where we’re going to set a sustainable presence on the moon and learn how we can set ourselves up for a future Mars mission.”

Kim is among 18 others that make up Team Artemis, each with their own talents and specialties. He says that the team’s eventual goal is to make it to the red planet, but hopefully make Earth better while they’re at it.

“There’s so many technological achievements that we need to make before we can get to Mars. Learning to harness energy, learning to split water into hydrogen and oxygen so we can breath it and reclaim that water.” Kim said. “The pursuit of all of those things is going to make life better here on Earth.”

Along with the scientific achievements that Kim hopes to make with his team, he wants to inspire the next generation of space explorers.

As a man who had the confidence to take on many challenges no matter how difficult, Kim wants to see America’s youth dream big – the sky is not the limit when you have your boots on the moon.

“I would like to tell kids, that they are valued and they’re loved and their dreams matter. It’s so important to chase their dreams because kids, humans are so much stronger than they give themselves credit for.”

The #Artemis Team of @NASA_Astronauts represents all different types of people. Learn all about the individuals who comprise the group that will lead our way to the Moon: https://t.co/EeLgzAmaJV pic.twitter.com/5VQQIDy5Wg