"Let that be an inspiration" - Army Day celebrates service and sacrifice 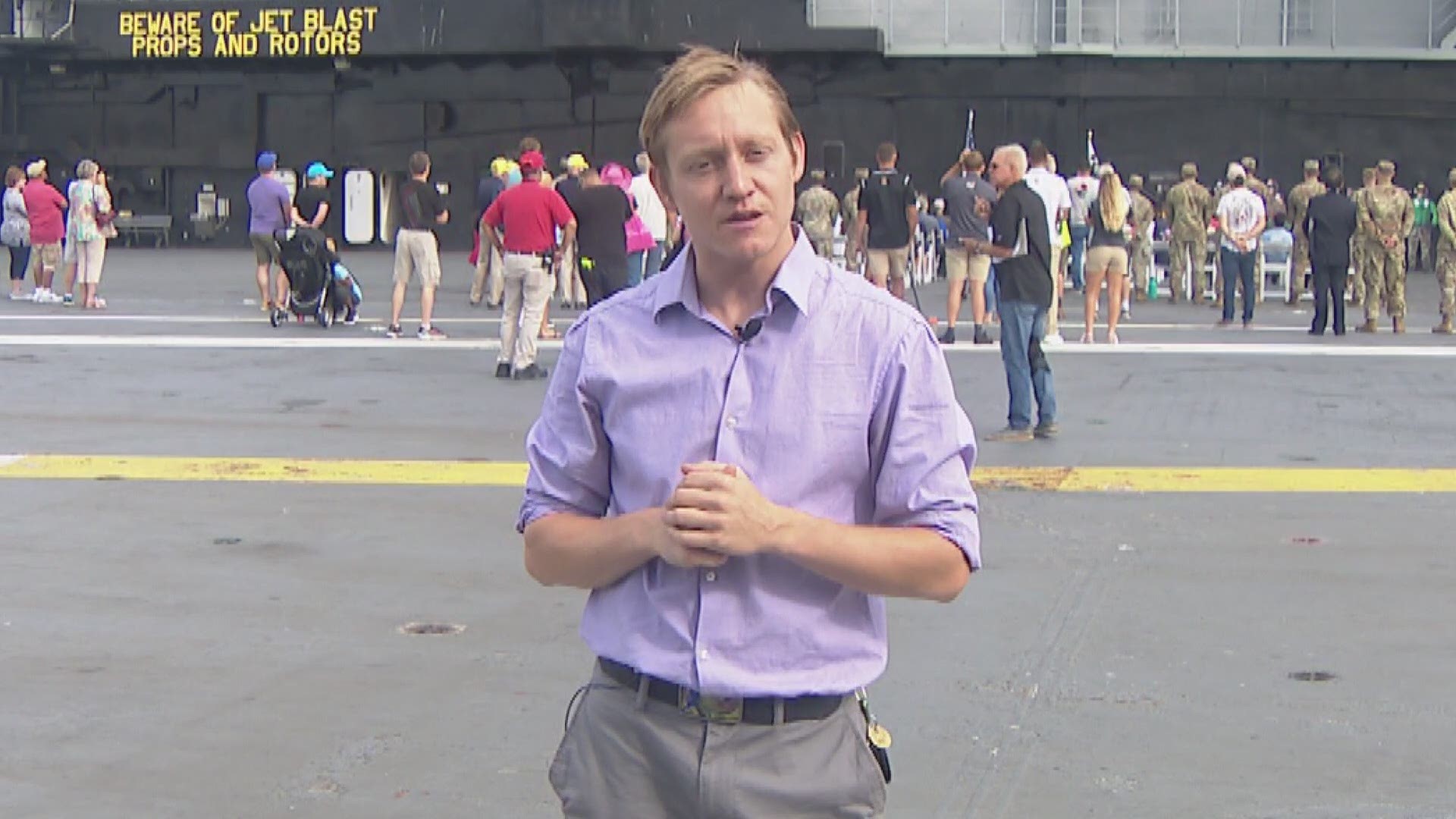 SAN DIEGO — On the bow of the flight deck of the USS Midway Museum, a Gold Knight paratrooper floated gently down to earth.

It was apart of the famous museum's Army Day, a celebration of the military's largest branch.

"We're a Navy ship" said Scott McGaugh, the Midway's marketing director. "Everyone is serving our nation in a similar spirit of devotion and sacrifice."

Among the events happening on the flight deck was an enlistment ceremony, where a handful of recruits took their oath of enlistment. Leading that oath was Yosh Nakamura, a member of the famed 442nd regiment.

"Their motto was 'go for broke,'" he says. "Something that wasn't in their vocabulary was impossible."

RELATED: Veterans in Cardiff-by-the-Sea honored for service during WWII

The 442nd was made up of primarily Japanese-Americans soldiers, many of whom had their families put in internment camps by their own government during the war.

"They formed quite a unit and they wanted to prove their loyalty," said Nakamura.

Celebrating 4th of July with Naturalization Ceremony at the USS Midway

The regiment ended up becoming the most decorated unit during World War II. Though many of the 442nd have passed on, their legacy has lived on through the younger generations.

Before leading the oath, Nakamura had the following advice for the young recruits: "Sometimes you will find out that you will be asked to do the impossible," said Nakamura. "Take the courage of the 442nd and let that be an inspiration."