SAN DIEGO — After nearly six months at sea, sailors aboard the USS Mobile Bay returned to its home port of San Diego following a deployment as part of the John C. Stennis Carrier Strike Group. News 8 was on hand before the crew disembarked the ship and the crowd waiting was buzzing with anticipation.

The commanding officer of the USS Mobile Bay stepped off the ship first and into his wife’s arms. Many hugs and kisses followed as loved ones greeted the crew of more than 300 sailors and 30 officers.

Those that greeted the ship home at Naval Base San Diego came with smiles and signs to welcome them back. The emotions were high at the homecoming as sailors were re-united with family and also met some new family members born while the sailors were deployed.

The ship had been deployed for 213 days. The Navy says the crew participated in military exercises with international allies in the Middle Eastern and Indo-Pacific areas while deployed. 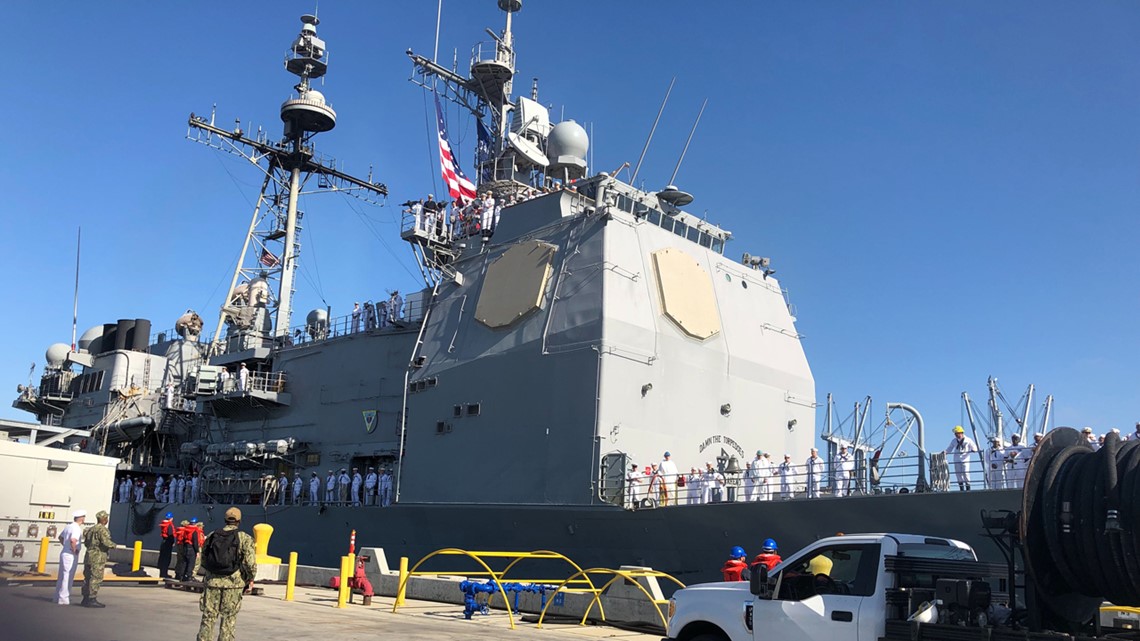