Where are all the single vegans in San Diego? It's a question many have asked. Now, there's an answer. 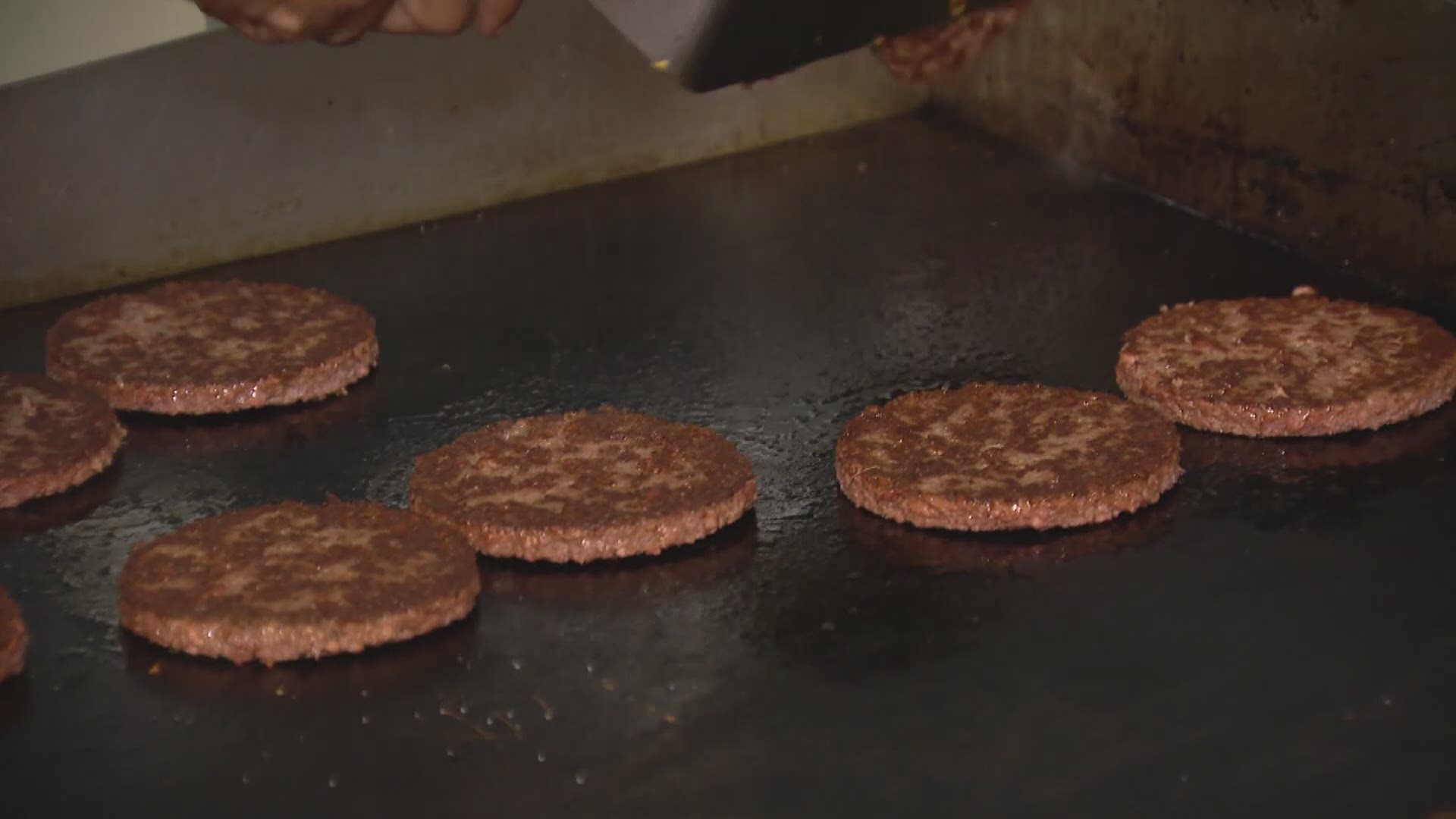 If you’re a vegan, you know finding meat-free food at a restaurant is sometimes challenging. However, what if the “vegan option” you’re looking for isn’t food, but a date?

That’s what brought me to Cafe Gratitude in swanky Little Italy on a 65-degree day, which might as well be "cuddle weather" for sunny San Diegans. I met with Heather McGuffin, a 35-year-old single vegan living in Hillcrest. Like many millennials, she’s exploring the San Diego dating scene.

Heather doesn’t mind dating someone that isn't vegan as long as they respect her choice.

"I don’t think it’s a dealbreaker necessarily,” said Heather to me over some guacamole. “It makes you think about, like, I need to be the best version of myself I can possibly be in a relationship. Like, ‘what makes me a really good partner?’”

However, for some vegans, there’s no “alternative.”

Let’s face it, dating is hard for anyone. From the endless swipes sitting in your phone pocket to trying to hear the potential love of your life over loud bar music, it can be pretty draining. In 5 p.m. traffic, someone in El Cajon dating someone in Carlsbad might as well be a long distance relationship. However, the dating pool is even smaller if you’re looking for a fellow vegan to be cheesy with. Well, cashew cheese, of course.

“I realized really quickly that it was more than just a diet,” said Karen Zaragoza, a vegan. “It was a way of life.”

It’s clear Heather is more of an optimist when it comes to the populous San Diego dating scene.

"I came here from the Inland Empire,” said Heather. “[There are] not as many vegans up there. I was excited to come here. I feel like it’s vegan heaven here.”

Sure, you can swipe away on traditional dating apps, hoping one of the endless sea of people you swipe through also opts for meatless Mondays everyday.

"They put in their profile that they’re vegan,” said Heather. “I put in my profile that I’m vegan and we know that we have that in common right off the bat. Plant emoji -- some people do that.”

But sometimes, it’s hard for single vegans to find one another, but fear not. Karen plays cupid.

"Ugh, there are not that many options in San Diego,” said Karen as we met at a vegan-friendly restaurant off of Market Street downtown. “You’d be surprised.”

Recently, Karen decided that there had to be an easier way for vegans to find one another outside of the app-obsessed world. As a whole food, plant-based vegan herself, she wanted to bring the little-known, single vegan community together.

That’s why she created “Plant Baes.”

Event-planning and veganism are two topics that make Karen feel right at home. She’s even wearing a “Papi, soy vegana” button from the Anti Dairy Social Club during our interview.

“I kind of already know what to expect when it comes to bringing singles in a group together and I’ve just seen the need,” said Karen.

She’s launching mixers and seven-minute speed dating events to bring vegans together. Most of the people that sign up are between ages 18 to 30, but Karen can match anyone looking for love.

“They’re actually serious,” said Karen. “They want to get to know somebody. They want to find a partner.”

Karen is a single mom that's raising her daughter on plants, so she understands why some people would want to date someone on the same page about raising a vegan family.

"For me, it was more about my spirituality. I have a daughter, so that was really important for me, making sure I was raising my daughter to have the exact same beliefs that I do, so I realized that it's really important," said Karen.

Karen also said that some people interested in Plant Baes are interested in finding additional partners if they’re in an open relationship. She didn’t necessarily expect that to be so common, but she said everyone is welcome.

“It’s very open,” she said with a smile. "That seems to be the trend right now."

Some of her events even have vegan markets afterward, so the first date can start right away. That’s not the only big idea Karen has for her plant-based parties.

"I want there to be an audience,” said Karen. “I want people to actually meet and match just like in the 60s when they would do the matching shows. I really want it to be like that. That’s my vision for Plant Baes.”

I asked Karen if she's ever been romantically interested in someone that she's met through matchmaking.

"That was a question that came up all the time, but it hasn't happened yet, so we'll see," she said with a laugh. "I think I'm just too picky."

I made conversation with several vegans about where to mingle with other plant-based friends or lovers in San Diego. Many recommended the First Friday Night Markets at Grossmont Center in La Mesa, Kindred in South Park, and following any vegan-affiliated Instagram pages for events.

If you’re interested in checking out Plant Baes, Karen has events planned for Feb. 12 at Nate's Garden Grill and Feb. 14 at FEMX Quarters Event Venue + Coworking Space. You can learn more about the events here.

She recommends signing up in advance so she has time to plan and match you with your vegan soulmate. The events will include games and other activities to push people out of their comfort zones and encourage connection. At the end of the speeding dating events, people can write down their email and people they'd like to get to know better. If there's a match, Karen will take care of the rest.

Who knows, you might even meat - I mean meet - the love of your life.