The Medical Examiner said the cause of death for all three people was drowning. 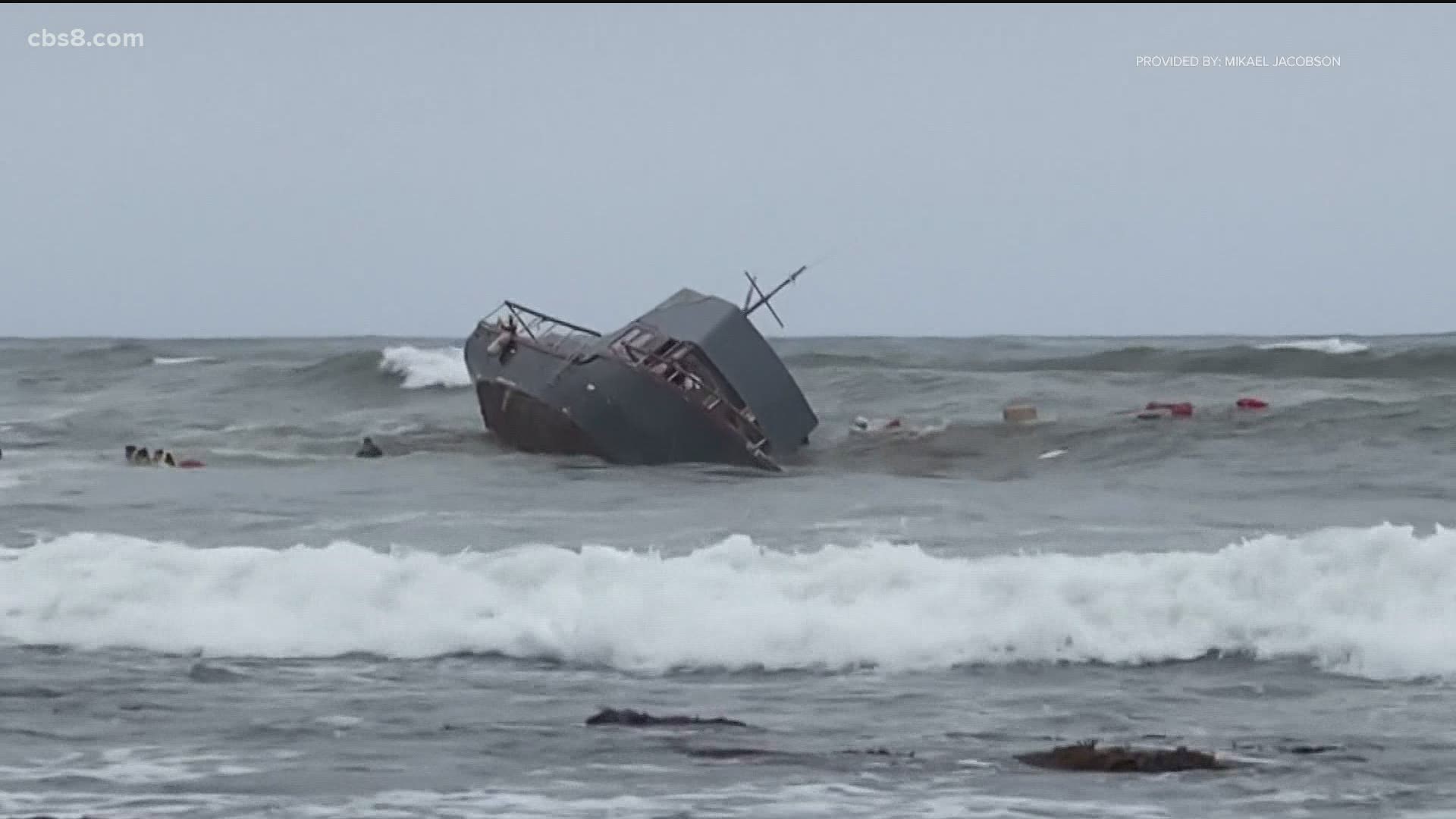 According to U.S. Customs and Border Patrol, 29 others were taken to the hospital with varying degrees of injuries. As of Monday night, five remained hospitalized.

U.S. Customs and Border Patrol put out a press release that read in part, “Preliminary checks by U.S. Border Patrol agents indicate that all except two of the people on board the boat were Mexican nationals with no legal status to enter the U.S. One of the two non-Mexican individuals was from Guatemala, with no legal status in the U.S. The final person was identified as the captain of the boat. The man, a U.S. citizen, was turned over to U.S. Immigration and Customs Enforcement, Homeland Security Investigations (HSI).” It added, “Of the 28 undocumented non-citizens taken into U.S. Border Patrol custody for processing, one was identified as an unaccompanied 15-year-old boy. The others were ages 18-39, 21 men and 6 women.”

Emergency crews from multiple local and federal agencies responded to the scene near 200 Catalina Blvd. which was first reported around just before 10 a.m. on Sunday, according to SDFRD.

The Mexican consulate told News 8 on Monday that there had been 33 people on board the boat including 31 Mexican nationals, one person from Guatemala and the person piloting the ship who was of unknown origin.

The Coast Guard continued to search for additional survivors through Sunday night but had suspended the search operation on Monday around 11 a.m.

“After careful consideration using the information from our on-scene crews, partner agency input and the magnitude of the response efforts, the Coast Guard suspended our search on Monday morning,” said Captain Timothy Barelli, the Sector San Diego commander. “Yesterday, we were once again reminded how dangerous these ocean smuggling attempts can be and we will continue to work with our local, state and federal partners to prevent, detect and respond to cases like this to keep the waters of San Diego safe and secure.”

"Our goal was just to rescue everyone we can from the water and along the beach and get them safely transported to the hospital as quickly as we can," said Romero.