More than 100 classmates, friends and family gathered at Helix High for a candlelight vigil to remember 15-year-old Devin Griffiths 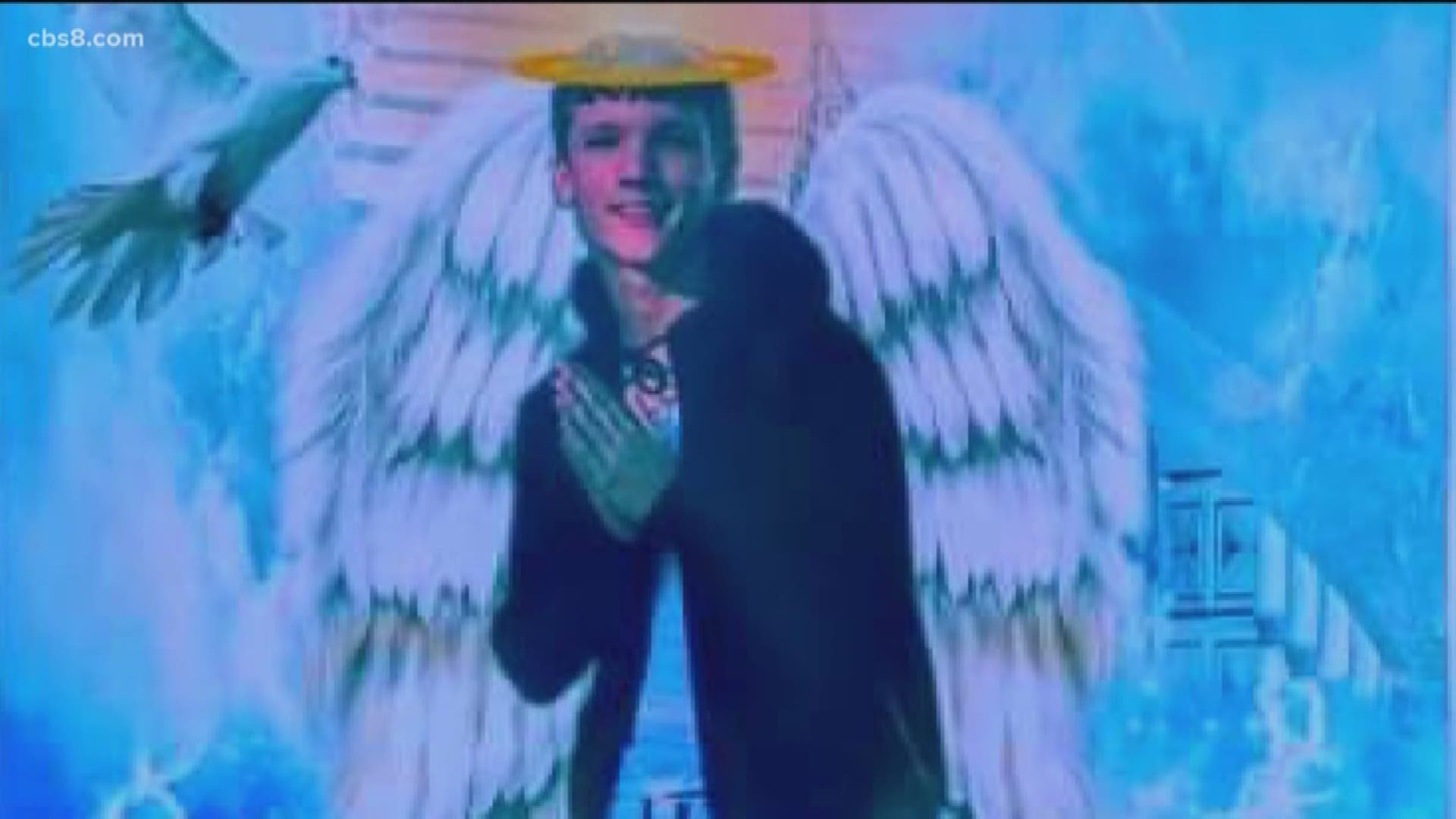 CHULA VISTA, Calif. — A community came together Wednesday night to remember a local teen who died after being stabbed at a party in the Southbay two weeks ago.

Family and friends identified 15-year-old Devin Griffiths as the individual who was stabbed on January 31. Chula Vista Police said the teen was a Good Samaritan who tried to stop a friend from being attacked.

Devin’s father, Lee Griffiths, spoke to the crowd of more than 100 people Tuesday night outside Helix High School saying, “This is very overwhelming for me.”

His classmates said he was the kindest person. Devin was like a brother to his friend Michael Arroyo.

“I feel like my biggest emotion is trying to stay strong because I know that it is what he wants me to do,” said Michael Arroyo.

Media was not allowed inside the vigil for Devin, who was a Helix High sophomore.

According to police, Devin died on Sunday, 16 days after he was stabbed outside a house party in Chula Vista in the 900 block of Maria Way. Police said it was a house party with no adults that was posted to social media and went viral.

There was a fight about a girl, but police said Devin was not involved. Instead, according to authorities, he tried to save his friend from being attacked by eight to 15 males and females.

Detectives believe with that many young people around, someone has video of the fight.

“Please come forward because this kid was taught to stick up for those that were down,” said family friend, Helen Hollis.

She and Ginny Jackson known as “Grandma Ginny” say Devin died doing what he was taught to do by his father.

“I really truly believe that he was doing what he taught his friends to do and that was to stand up to each other in a time of need,” said Ginny Jackson.

The vigil supported by the school helped students grieve and memorialize Devin.

“He always knew what to say to people, he was a person kind of guy,” said classmate, Toni Talaro.

“Deep down inside he knows he wants us to be happy instead of being sad,” said freshman, Justine Spence.

Family and friends understand witnesses may be scared but are encouraging their parents to come forward.

Chula Vista Police said the suspects are between the ages of 17 and 20 years old. Detectives are working to locate witnesses or suspects.

Investigators believe there is video of the fight and asking anyone with cellphone video or surveillance cameras around the 900 block of Maria Way to call police or contact Crimestoppers at (619) 691-5178.

You can also anonymously submit tips and video.

His family friends requested this biblical verse to remember Devin: John 15:13 Greater love has no one than this that one lay down his life for his friends.