SDPD Detectives Ryan Park and Jamie Huntley-Park were killed Friday morning in a fiery head-on collision caused by a speeding motorist going the wrong way on I-5. 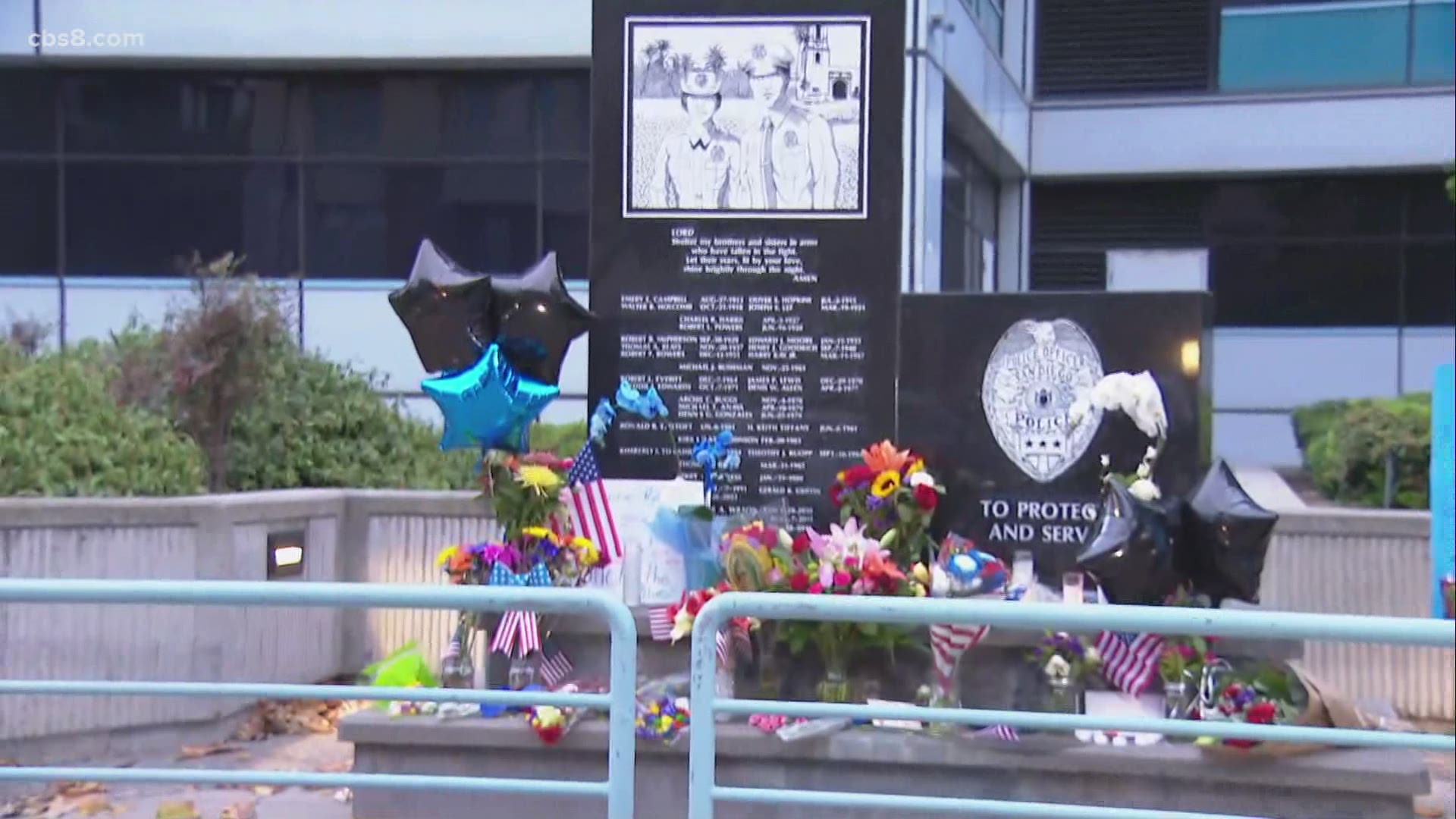 ESCONDIDO, Calif. — A vigil to honor two San Diego Police Department detectives - a married couple who died in a wrong-way crash on Interstate 5 was held on Sunday at a park in the Harmony Grove Village neighborhood of Escondido.

SDPD and Escondido Police Department representatives, along with the detectives' neighbors, attend the "blue light vigil" at Fourth of July Community Park on Sunday evening.

A spokesperson confirmed Sunday afternoon that San Diego Mayor Todd Gloria would also be in attendance at the vigil.

Ryan and Jamie-Huntley Park met at the San Diego Police academy in 2012 and both became detectives on the same day four years later. A friend of the couple spoke about the bond the two had with each other.

“Ryan was incredibly witty. An absolutely dry, funny person that challenged Jamie’s sense of adventure and always made her laugh. He made me laugh too. They were an incredible pair,” said Alex, a friend to the couple who spoke at the vigil.

Jamie was also remembered for her dedication to the girls’ hockey team she coached.

“She loved each and every one of you girls that played hockey out there. She wanted the best out of you and I hope you can remember some of the things she taught you. Remember that when you’re out there on the ice. Never give up, never give up,” said Jamie's father.

At the end of the vigil, Mayor Todd Gloria who did not speak at the vigil, and police officers from across San Diego County lined up to pay their respect to the couple’s loved ones.

SDPD Detectives Ryan Park and Jamie Huntley-Park were killed Friday morning in a fiery head-on collision caused by a speeding motorist going the wrong way on I-5 near the U.S.-Mexico border.

The errant driver's Honda Civic was traveling as fast as 90 mph to the north on the southbound side of the freeway before smashing into an oncoming Ford sedan occupied by the SDPD detectives near Dairy Mart Road in San Ysidro shortly before 10:30 a.m., according to the California Highway Patrol.

The woman driving the Honda Civic died at the scene, the CHP said. Her name was not released.

On Sunday morning, the couple's neighbors wrapped the park in blue ribbons and made signs for the vigil.

Organizers said they did not know how many people would attend the vigil, but expected a law enforcement presence, coming together to honor the two detectives.

The vigil participants will use flashlights instead of candles because of the fire danger, organizers said.

Park and Huntley-Park married in 2016 after having met at the SDPD police academy in April 2012, said SDPD Chief David Nisleit. They eventually rose to the rank of detective together in July 2018.

"You couldn't have met two nicer kids," Nisleit said. "Both their lives and their careers were definitely on a very, very rapid trend upwards."

"We are one huge family here in the city of San Diego, and so when the San Diego Police Department loses two members, it hurts," Nisleit added. "It hurts the department, it hurts this city."

Hours after the crash, Mayor Todd Gloria issued a statement lamenting the loss of the two detectives.

"It is with heavy hearts that we mourn our two San Diego Police Department officers whose lives were tragically taken this morning," Gloria wrote.

"In the coming days, we will learn more about these public servants who proudly donned the badge to keep all of us safe, and we will honor them for their service."