Family, friends and the community are mourning the loss of 44-year-old Ernest "Ernie" Buchanan who was a father of six and grandfather of four. 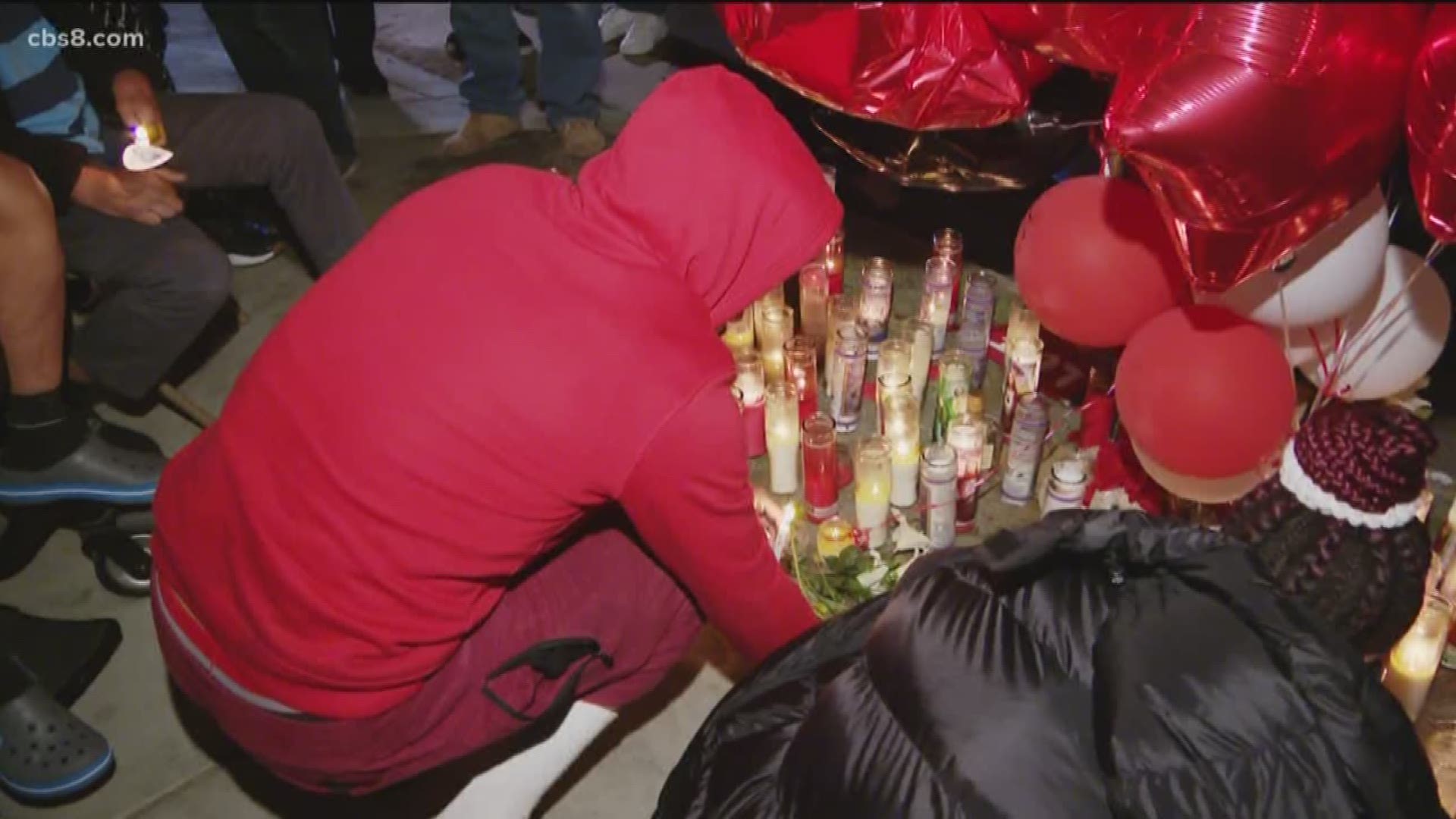 SAN DIEGO — Police continued Monday to look for the killer or killers of a security guard fatally shot outside a Downtown San Diego homeless shelter on Saturday. Meanwhile, family, friends and the community are mourning the loss of 44-year-old Ernest "Ernie" Buchanan. He was identified Monday by Bob McElroy, the president and CEO of the Alpha Project who called Ernie a “great dad.”

A vigil was held Monday outside the shelter where Ernie worked as a security guard. Organizers used the event to gather donations for Ernie’s family.

Friends and family remembered the father of six and grandfather of four as a friend and mentor. They said Ernie was known for his love of fishing and for cracking jokes.

"We have a hole in our hearts," said one person at the vigil. "We have an empty place at the dinner table."

Ernie’s nephew, Daniel Macias said he hopes someone will come forward with information about the shooting.

A memorial at the Alpha Project grew Monday with flowers, balloons, and candles placed in Ernie’s honor. McElroy said there were many tears from residents of the shelter upon hearing the tragic news.

"He fed me when I needed help," said one. "When I couldn't use my own hands, his hands replaced mine."

McElroy said it is a devastating loss that they are still trying to come to terms with. He said the Alpha Project is talking about naming one of their shelters after Ernie. He said Ernie was on his way back from his lunch break when he was shot and killed.

The fatal shooting happened around 7:30 p.m. Saturday outside the Alpha Project shelter at 1700 Imperial Ave., said Lt. Martha Sainz of the San Diego Police Department. The gunman approached the guard outside the shelter and shot him several times, then fled the scene.

Officers were reviewing security camera footage, police said. No description of the suspect was released.