Police say the suspected gunman used a ghost gun in the attack. Now gun violence prevention advocates are speaking out about the incident. 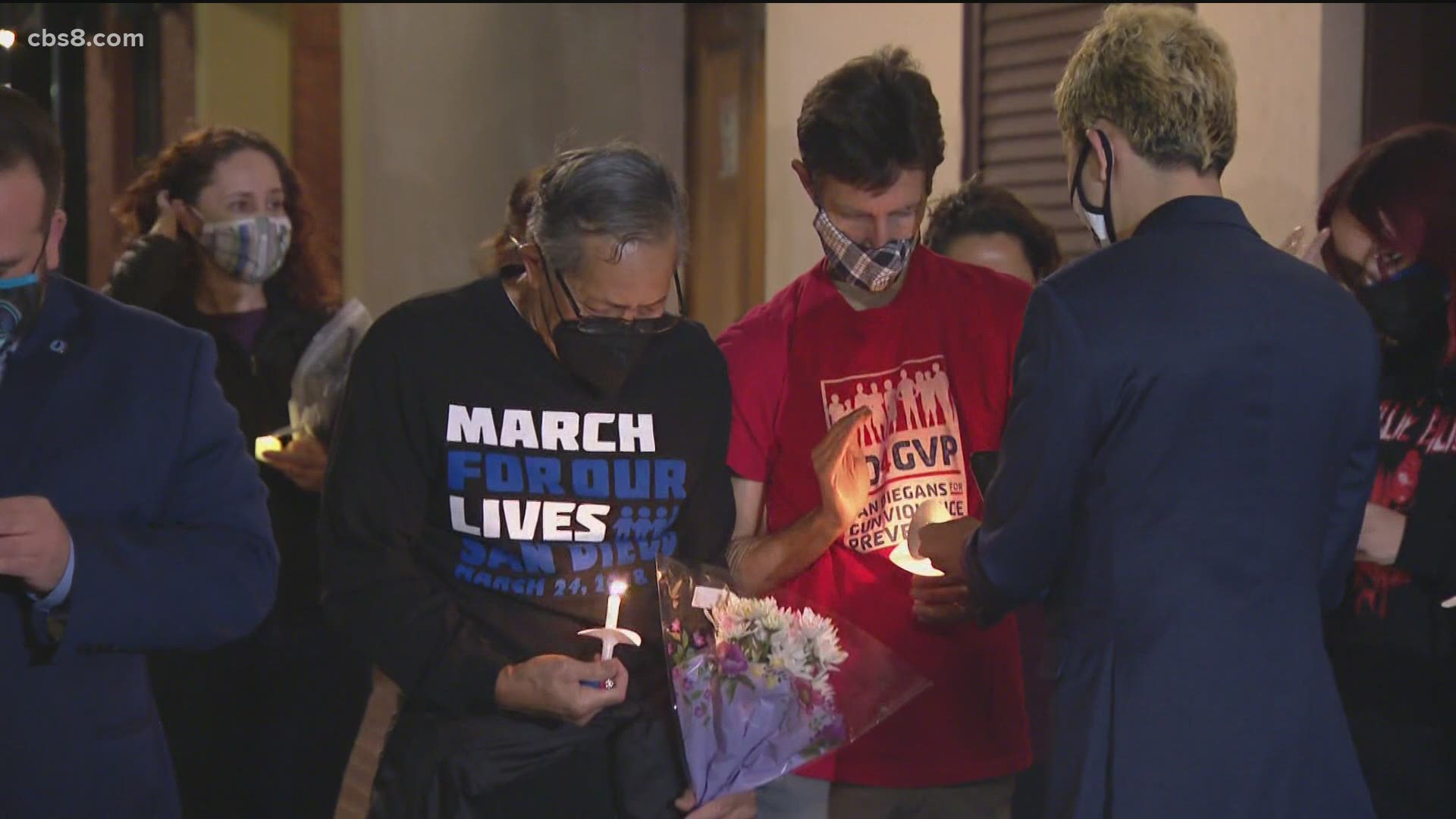 SAN DIEGO — About a dozen people gathered in the Gaslamp on Saturday night where one man was shot and killed and four other people were also shot last Thursday. Police say the suspected gunman used a ghost gun in the attack and now gun control advocates are speaking out about the incident.

Flowers and candles were left in front of the Pendry San Diego Hotel to honor the victims of last week’s shooting. The March For Our Lives organization also gathered to bring more attention to the rising gun violence in United States.

“We gather to honor those lost. We await the nighttime, we look at the sky to say goodbye,” read Max Coston, with March for our Lives San Diego.

The San Diego chapter of March for our Lives paid tribute to the five victims from last week’s shooting in the Gaslamp district. They read a poem, lit candles and talked about doing whatever they can to bring an end to gun violence in San Diego and around the nation.

“As gun violence prevention advocates, we are taking action. We’re doing for the families because we can’t have another person be affected by gun violence in our communities,” Coston said.

Twenty-eight-year-old Justice Boldin was working as a valet at the Pendry San Diego Hotel when Travis Sarreshteh allegedly began shooting. Boldin died at the scene and police say Sarreshteh then walked away and shot four other men just blocks away. According to police, he used a ghost gun.

“I want to thank Assemblymember Chris Ward for introducing legislation at the State Capitol that would ban the sale of the parts used to assemble ghost guns at gun shows. Legislation like this will help us to make progress towards keeping these guns off the street,” said Stephen Whitburn, San Diego City Council President Pro Tem from District 3.

Ghost guns do not have a serial number and Whitburn said the use of the homemade firearms have increased 169% in San Diego over the last year. Coston said they plan to push local officials to make more policy changes regarding ghost guns.

“I believe it was a San Diego Police Department report that said one in four of firearms they find in crimes are ghost guns,” Coston said.

Sarreshteh is still in police custody and pleaded not guilty to multiple charges for the last week’s shooting.