Two giraffes die after a barn fire at Virginia Zoo

The two-story barn fire was in the 1200 block of Hunter Mill Road, which is the address for Roer's Zoofari. 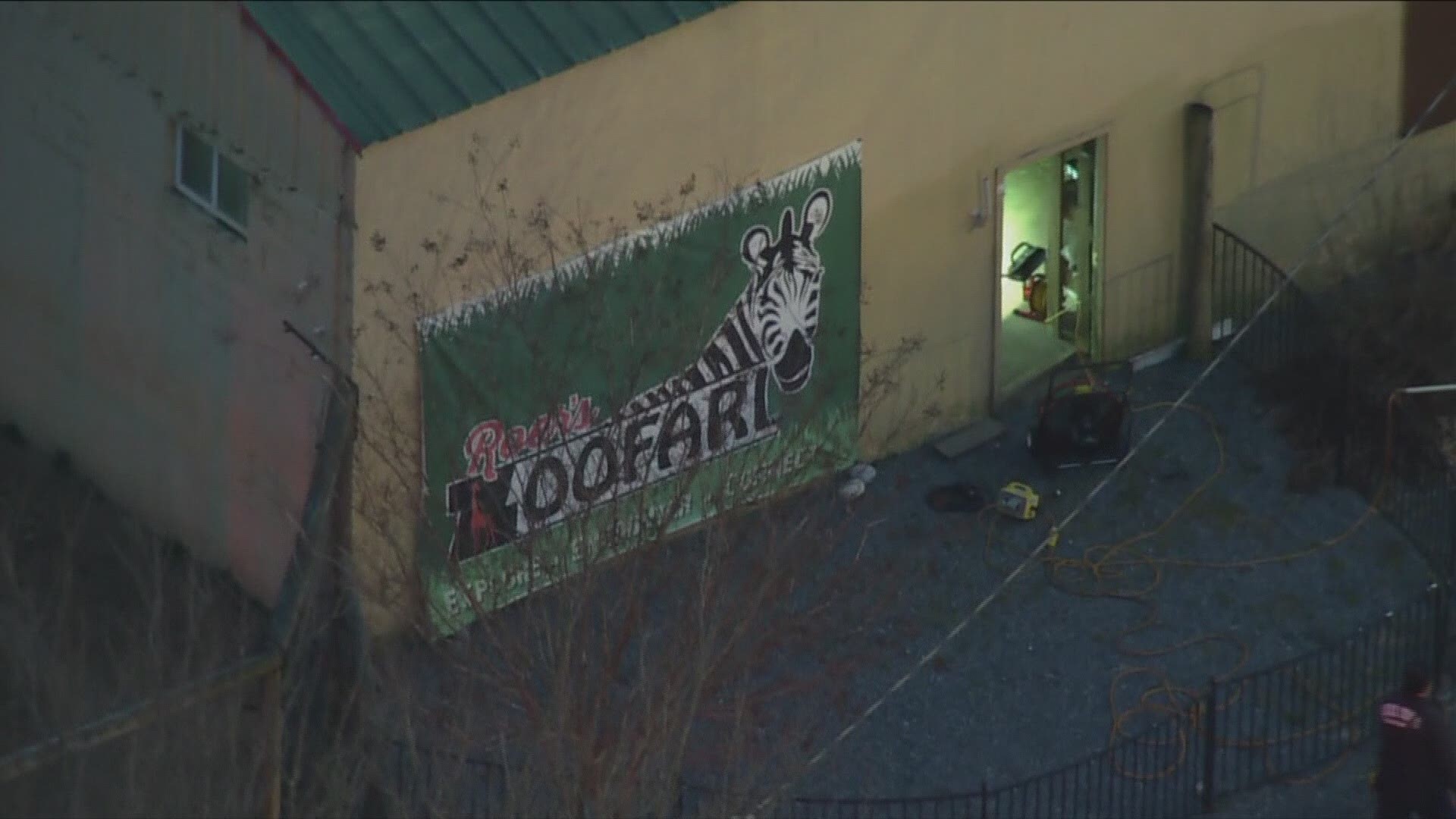 FAIRFAX COUNTY, Va. — Two giraffes died in a barn fire at the location of the Roer's Zoofari in Fairfax County, Virginia, according to information provided by Fairfax County Fire/Rescue.

The two-story barn fire was in the 1200 block of Hunter Mill Road, which is the address for Roer's Zoofari.

No other animals were hurt in the fire, according to Fairfax County Fire/Rescue.

In a photo released on Twitter by Fairfax County Fire/Rescue, flames can be seen coming from the roof of the barn.

Hunter Mill Road and Cobble Mill Road were closed early Monday as Fairfax County Fire/Rescue asked people to avoid the area as firefighters worked to bring the fire under control.

"Tonight the Roer's Zoofari staff and family are devastated following a barn fire that claimed the life of our beloved giraffe, 'Waffles' and his new giraffe companion yet to be named," said the zoo in part of its statement. "Staff and the zoo's veterinarian arrived within minutes to help rescue and care for approximately 20 other animals housed in the same area. We are grateful that no staff members or other Zoofari animals were injured or lost.
Grief counselors are being made available for staff, who are devastated by this tragedy and who cared deeply for these members of the Zoofari family."

Roer's Zoofari will be closed until further notice, according to more of the statement the zoo released Monday evening.

Units are currently on the scene of a barn fire in the 1200 block of Hunter Mill Rd in Reston.
First arriving reported fire from the roof and on two floors of a 2-story barn. Unknown at this time if any animals in barn. Hunter Mill Rd/Cobble Mill Rd closed. Avoid area. #FCFRD pic.twitter.com/HjjvvP4bTa

One animal activist group called Animal Wellness Action released a statement stating concerns about the zoo and if it has adequate equipment to house such animals.

“We are heartsick over the death of two giraffes at Roer’s Safari,” said Wayne Pacelle, president of Animal Wellness Action. “It is very difficult for small operators like Roer’s Safari to offer sufficient housing, enrichment, and veterinary care to exotic wildlife, especially for giraffes.”

No firefighters were hurt battling the fire, according to Fairfax County Fire/Rescue.

No further information has been provided by Fairfax County officials on the fire.

WUSA9 will continue to provide updates on this story as more information comes into our newsroom.