With anti-Asian attacks on the rise during the pandemic, a younger generation of Asian Americans are stepping up to demand change. 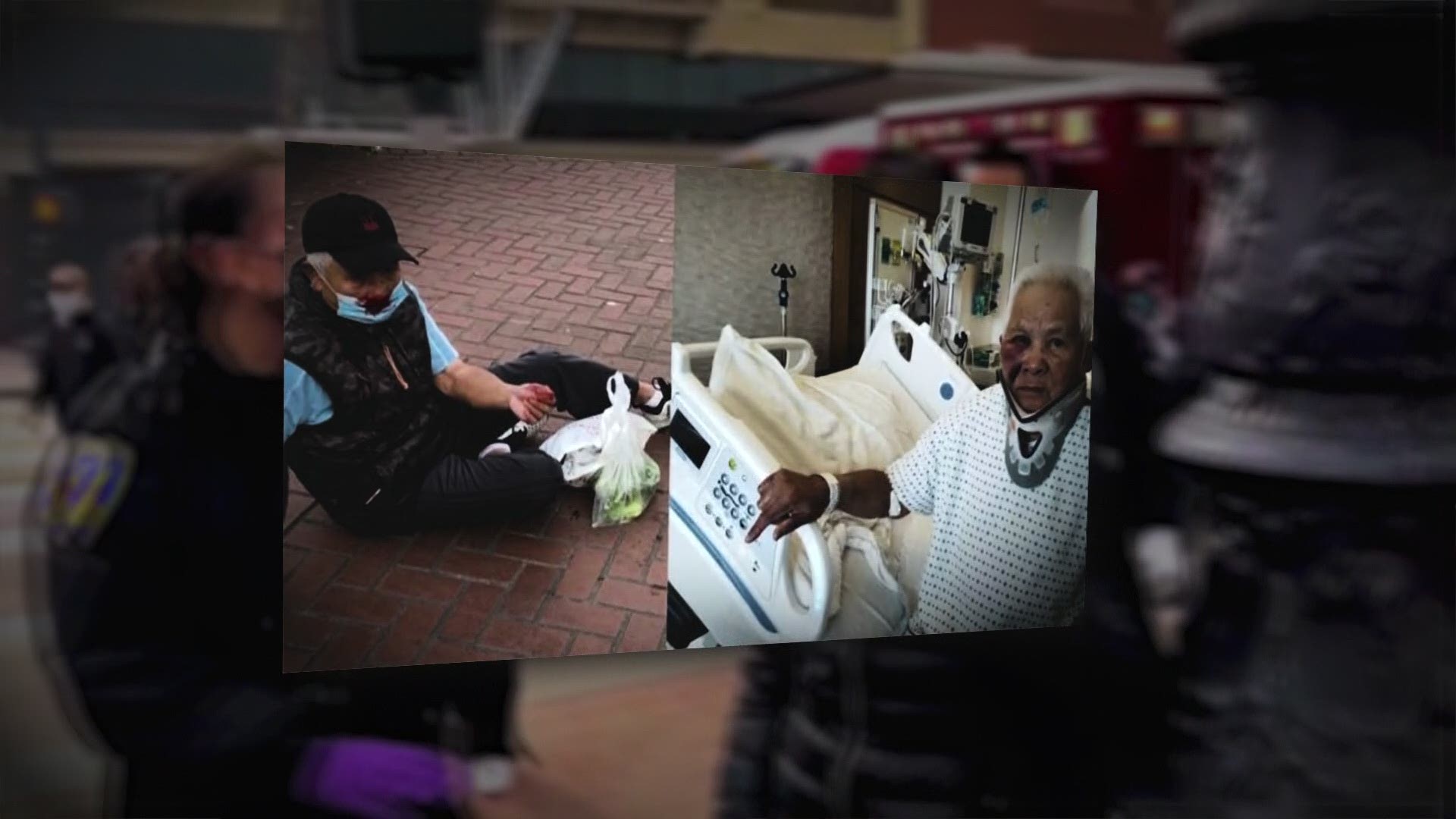 WASHINGTON — The Asian American community is under attack. They’re facing an increasing wave of assaults during the pandemic.

They are mothers, fathers, grandparents, and even business owners. They’ve been targeted, beaten and in some cases, murdered.

Recently a jewelry store owner in D.C. was beaten.

In Baltimore, two Asian women were repeatedly attacked with a cinder block at a Maryland liquor store. And in March, a gunman went on a rampage killing 8 people at 3 Atlanta area spas. Six Asian women were among the lives lost.

While these attacks have drawn national attention, a young generation of Asian Americans have sparked a unique movement.

Karen Xu, a local Chinese American high schooler, is one of those voices. They’re demanding to be heard and are calling on everyone to end the hate and violence.

“It's so heartbreaking,” Xu said. “I remember after the shootings at the Atlanta spas, I cried myself to sleep every night for the next 4 days. I could envision my own parents, and like just being at a spa and hanging out and some guy just going and shooting. It was really, really personal to me.”

Hate crimes against Asians in major U.S. cities increased by 150% in 2020, according to research from the Center for the Study of Hate and Extremism at California State University, San Bernardino. Awareness of anti-Asian hate may be revealing to many outside the community, but to Xu, it is nothing new.

Xu remembers a lifetime of micro-aggressions and hate, moments where she felt ostracized and didn’t belong.

"Some kids would say small little comments that would just make you feel a little bit left out,” she said. “I think every east Asian person in America has gone through the ‘eye thing.’ You know when we were kids, we were like ‘haha ok it's fine.’ But growing up, as I’m older now, I realize that's really not ok and it's made me really self-conscious of my eye shape. A lot of people would bring up the model minority myth and how Asian Americans are supposed to be really good at, specifically science and math. These two areas. Freshman year I was called a racial slur for the time. I didn't know what to make of it. And so, time and time again, I feel just the smallest things build up and we have to fight to reclaim who we are, the way we look, our culture.”

Xu is now using her story as fuel for a social movement.

She recently met with Virginia Governor Ralph Northam to share her experiences with racism and offered ways to bring about change, starting in the classroom.

“I’m in AP Spanish,” Xu said. “I love learning about other cultures, and I love the language. If the same thing was offered for Mandarin Chinese or Korean, or any of the other languages from across the big continent of Asia, I think people could become more understanding of the culture, the values where we come from.“

Mark Keam, a member of the Virginia House of Delegates, was also at that meeting. He is the first Asian-born immigrant to be elected to the state legislature.  And he’s proud of young people like Karen.

Keam and members of Virginia’s General Assembly created an Asian American and Pacific Islander Caucus. The mission is to propose and pass legislation and law enforcement policy to protect and support the AAPI community.

“I think law enforcement is a critical component in this conversation,” Keam said. “One is the fact on the reporting side. When we have victims who are Asian Americans many of our communities, especially older folks who don't speak English, don't feel comfortable coming forward saying ‘Hey I was just victimized.’ But the other side of this is that we don't collect data. So, if an incident does happen, racial bias or maybe a hate crime or prejudice, law enforcement is not equipped to say we had something that was anti-Asian violence or an anti-Asian hate crime.”

A concrete solution and a step in the right direction that gives future generations hope.

I’m proud to join @MarkKeam @DelegateFowler @SenatorHashmi @SuhasforVA to establish the Virginia Asian American and Pacific Islander Caucus in the oldest state legislature in the country. On this virtual day of action, we are taking steps to move Virginia forward. #StopAsianHate pic.twitter.com/a76OnuHN4b

“I just don't want another small Asian girl and boy to feel and experience the things I did as an elementary schooler and even as a high schooler,” Xu said. “Because, I mean, I lived through it and wouldn't wish that on anyone else. I hope that no one else has to go through that. The next generation deserves better.”

The COVID-19 hate crimes act just passed with overwhelming bipartisan support in the U.S. Senate, and will soon be taken up by the house of representatives. If passed, the justice department can expedite review of hate crimes and designate an agency official to oversee the effort.

As for Xu, she’s getting ready to graduate from Freedom High School in South Riding, Virginia. She’s looking forward to starting college at Duke University this fall, being a student activist, and pursuing a career in politics or law after completing her studies.

Her ultimate goal is to become a senator.