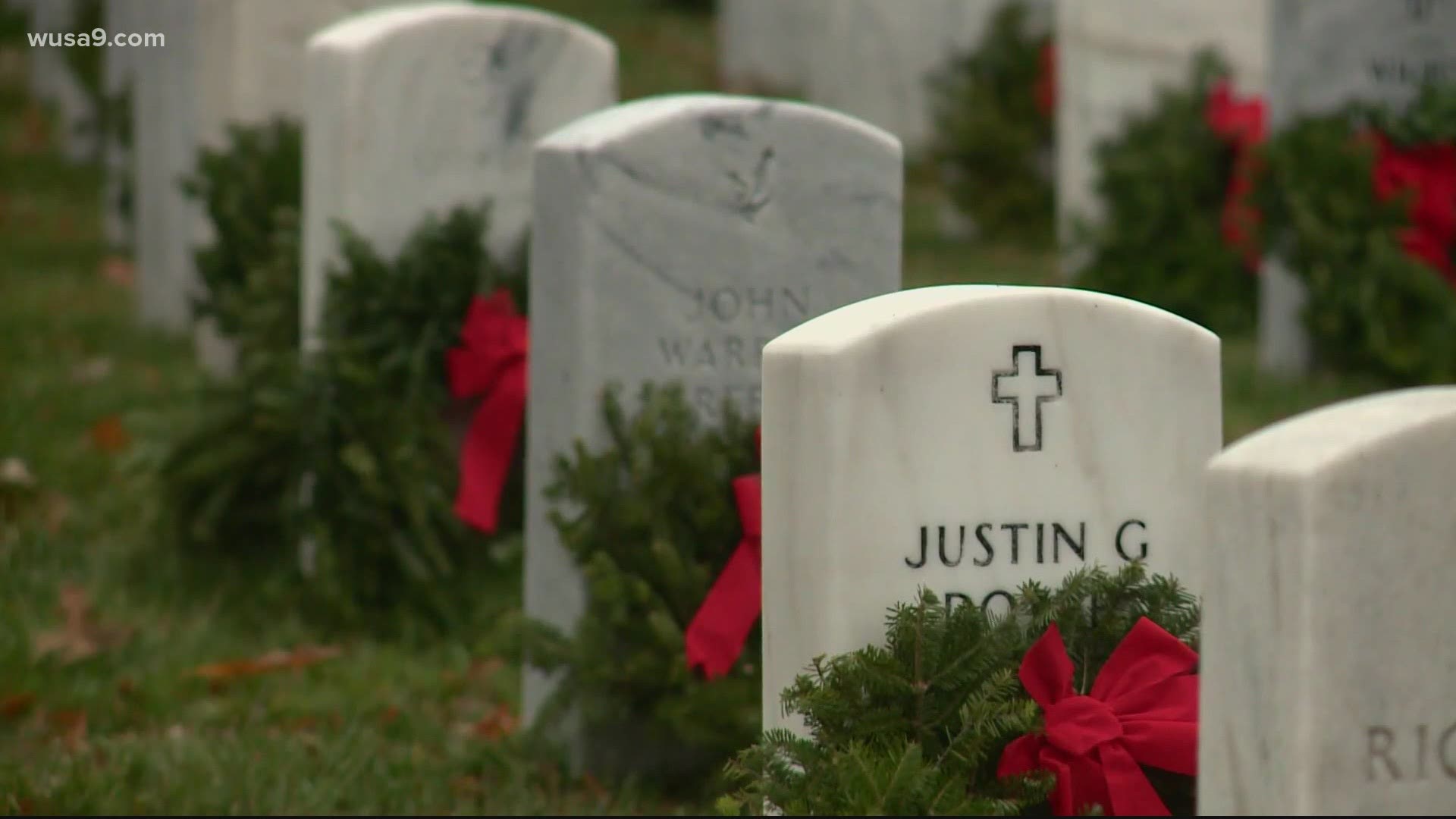 WASHINGTON — The Secretary of the Army, Ryan McCarthy, announced Tuesday that he would be reversing Arlington Cemetery's decision to cancel the annual laying of wreaths event in December. McCarthy said he is ordering the cemetery to move forward and “safely host” Wreaths Across America (WAA).

Details are limited so far on how the event will be executed, but organizers say the usual thousands of volunteers won't be allowed.

"We're happy to say the mission will go on," Karen Worcester, executive director of Wreaths Across America, said at a virtual news conference after meeting Tuesday with managers of Arlington National Cemetery.

I have directed Arlington National Cemetery to safely host Wreaths Across America. We appreciate the families and visitors who take time to honor and remember those who are laid to rest at our nation’s most hallowed ground.

Later in the afternoon, President Trump tweeted that it was his decision.

I have reversed the ridiculous decision to cancel Wreaths Across America at Arlington National Cemetery. It will now go on!

The cemetery had warned that holding the event during the pandemic might interfere with its core mission of laying fallen heroes to rest and honoring their families.

But Worcester said she's certain that both wreath laying and interments can be carried out safely at the same time.

WAA announced Monday that they would not be laying veterans' wreaths at Arlington National Cemetery on National Wreaths Across America Day this year. The organization said they were "shocked" and "devastated" with the cemetery's decision to not hold the event on their premises, but said they want their many volunteers and supporters to be safe during these unprecedented times.

WAA said for the past six months they've been working with local, state and national officials to make sure that all of their outdoor wreath-laying events are done safely and in accordance with regional COVID-19 rules and mandates.

"Like our U.S. Military, we will adjust and adapt, and work together towards fulfilling the mission which is to Remember, Honor and Teach. Our Gold Star Families have lost too much for us to just give up," the organization wrote in a Facebook post.

National Wreaths Across America Day is scheduled for Saturday, Dec. 19. The day holds wreath-laying events across the country at more than 2,400 cemeteries, according to the organization.

"We understand we have Veterans Day in the fall and Memorial Day in the spring, but our service members sacrifice their time and safety every single day of the year to preserve our freedoms," Wreaths for America's mission statement reads.

Last year, hundreds of thousands of holiday wreaths were laid at Arlington Cemetery by volunteers as part of the annual celebration.