Virtual Education: Classmates meet for the first time ... at graduation

Imagine never meeting your classmates until graduation day. It happened for a group of local students this week. 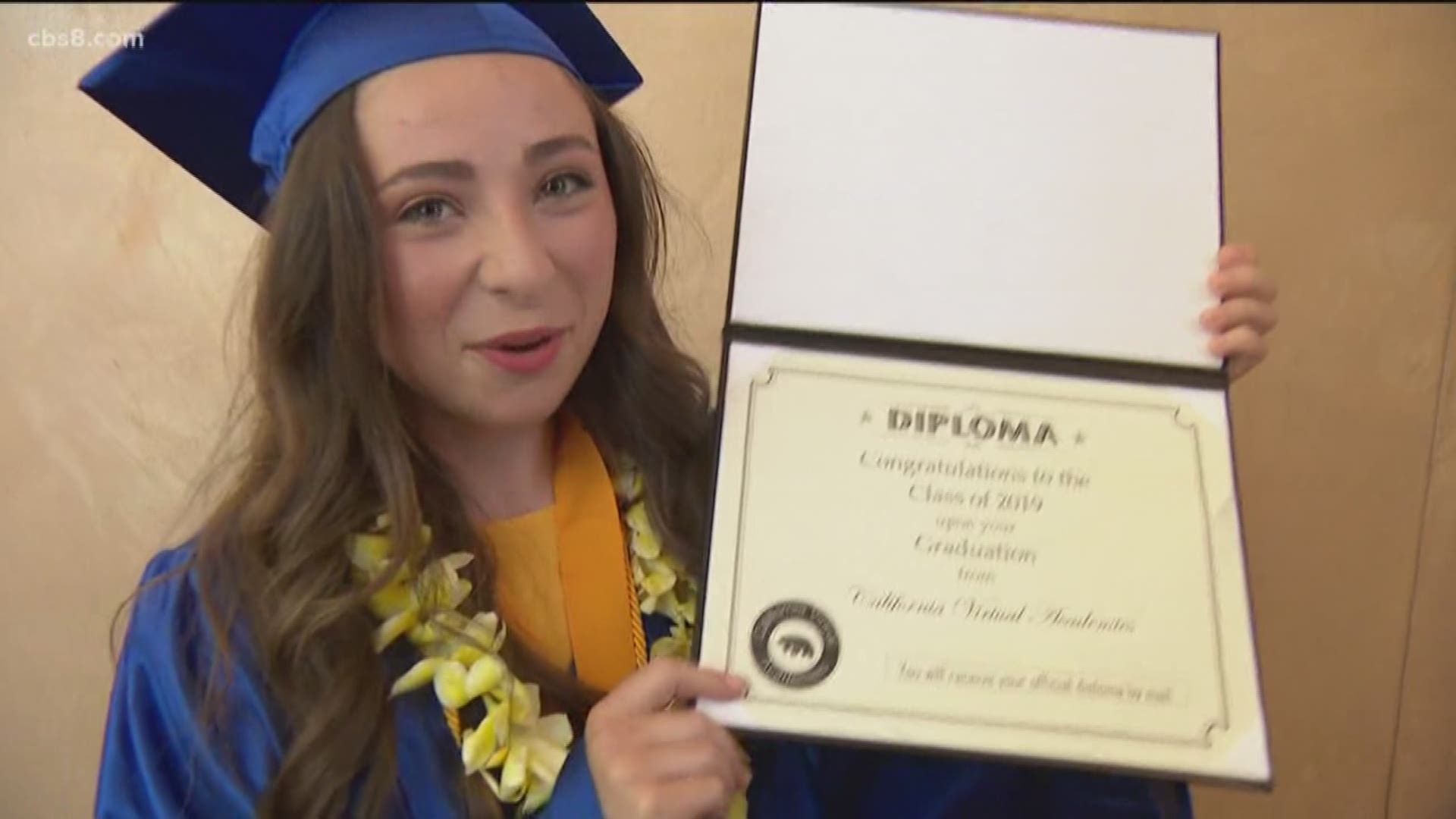 SAN DIEGO — Imagine never meeting your classmates until graduation day. It happened for a group of local students this week.

Among them was Ava Cantrell – one of hundreds of students graduating from the California Virtual Academy. It's a public school where students take all their classes online.

“I don’t know most of them, but it kind of already feels like we know each other because you know, we all recognize names. We all have experience in the same exact thing even though it was a little bit separate,” she said.

As a working actress, Cantrell said CAVA allowed her to get her education while pursuing other passions.

“It was super flexible. I felt a lot more confident in my school work, great teachers. I was very independent because of it,” she said.

“Where I lived at, the school were not the best but I enjoyed my choice and was able to graduate a year early – give me a head start for the future, too,” he said.

Graduates said they believe it is only a virtual over the traditional high school experience.