EXCLUSIVE: Man stabbed while helping to stop a carjacking in Vista

Tipsters can contact Crime Stoppers online at sdcrimestoppers.org and could be eligible for a reward of up to $1,000. 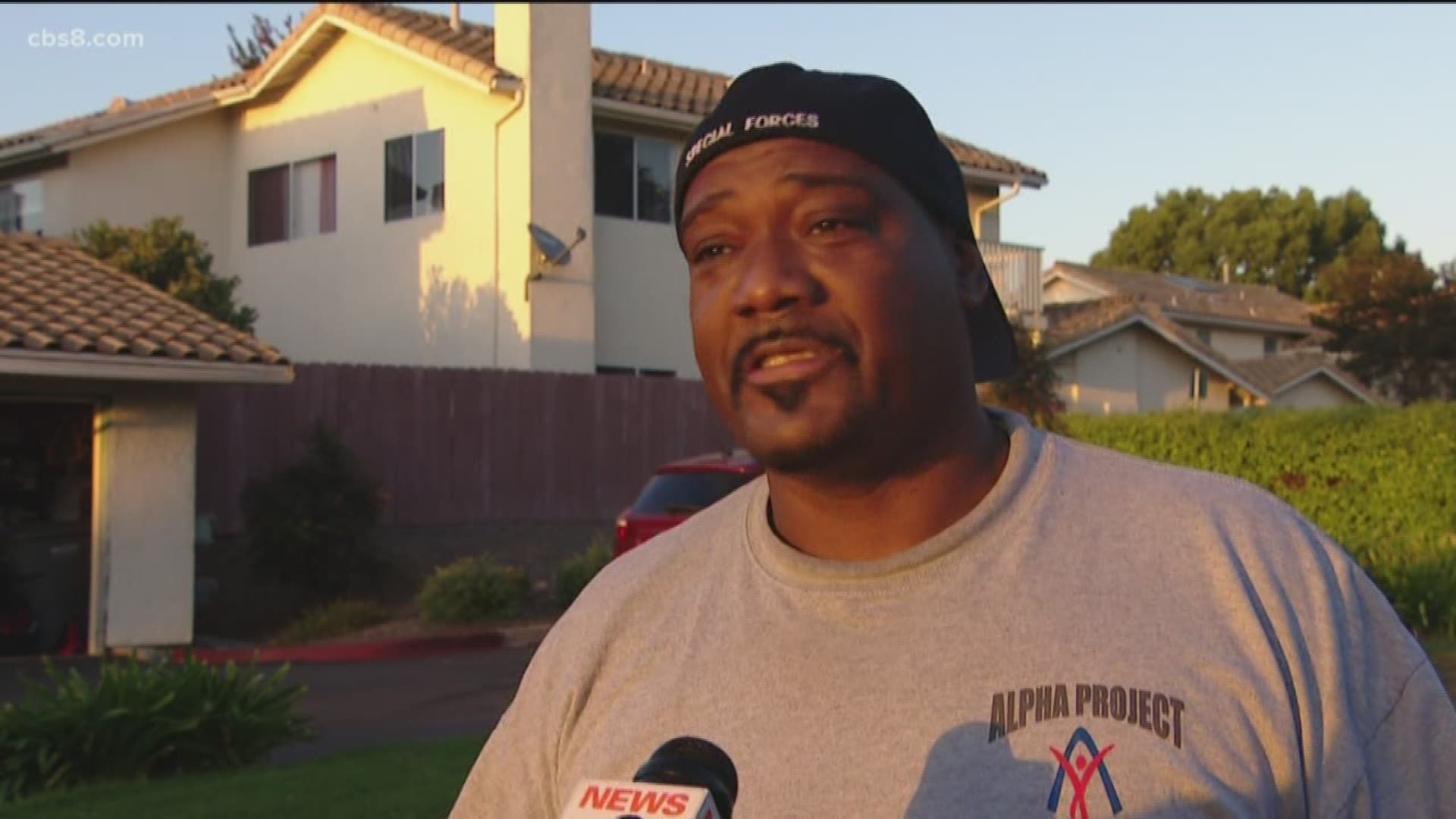 SAN DIEGO — Authorities reached out to the public Tuesday for help in identifying two men who attempted to steal a vehicle in Vista last week and stabbed a neighbor who interrupted the theft.

Two people were parking their vehicle in the garage of their home on Palomar Place around 7:55 p.m. on Sept. 22 when one of the people got out to move a trash can, according to the San Diego County Sheriff's Department.

As the person was moving the trash can, a white newer-model Ford F- series truck stopped behind their vehicle and a passenger in the truck got out, approached the vehicle, opened the driver's side door, displayed a knife and demanded that the driver get out of the vehicle.

During the confrontation, a Ken Alfred saw what was happening and attempted to intervene, but he was stabbed in the abdomen.

Ken said he was then attacked again.

“I watched him swinging the knife, and somebody grabbed me from the back,” he said.

Ken said the two guys then jumped back in their truck and took off.

Both suspects then fled the scene in the Ford, which had a white rack and two utility boxes on the sides of the truck bed.

Ken is still recovering after being. The doctor told Ken he was a lucky guy.

“I went to the hospital today and they removed a few staples,” he said.

Ken said he hopes the attackers are found soon. He said he is glad his neighbors are safe.

“People are like, ‘you are a hero.’ I am just a guy trying to do what is right. Through the grace of God, I did not get hit. Nothing really happened. I am still functioning and everything alright,” he said.

Anyone with information was asked to call San Diego County Crime Stoppers at 888-580-8477 or Sheriff's Detective Lucia Rodriguez at 760-940- 4551. Tipsters can also contact the agency online at sdcrimestoppers.org and could be eligible for a reward of up to $1,000.