Volunteers in La Mesa clean up after night of looting, arson around city

A cleanup of downtown began at about 9 a.m. Sunday with hundreds of La Mesa residents arriving with brooms and paint, local coffeehouse owner Aaron Henderson said. 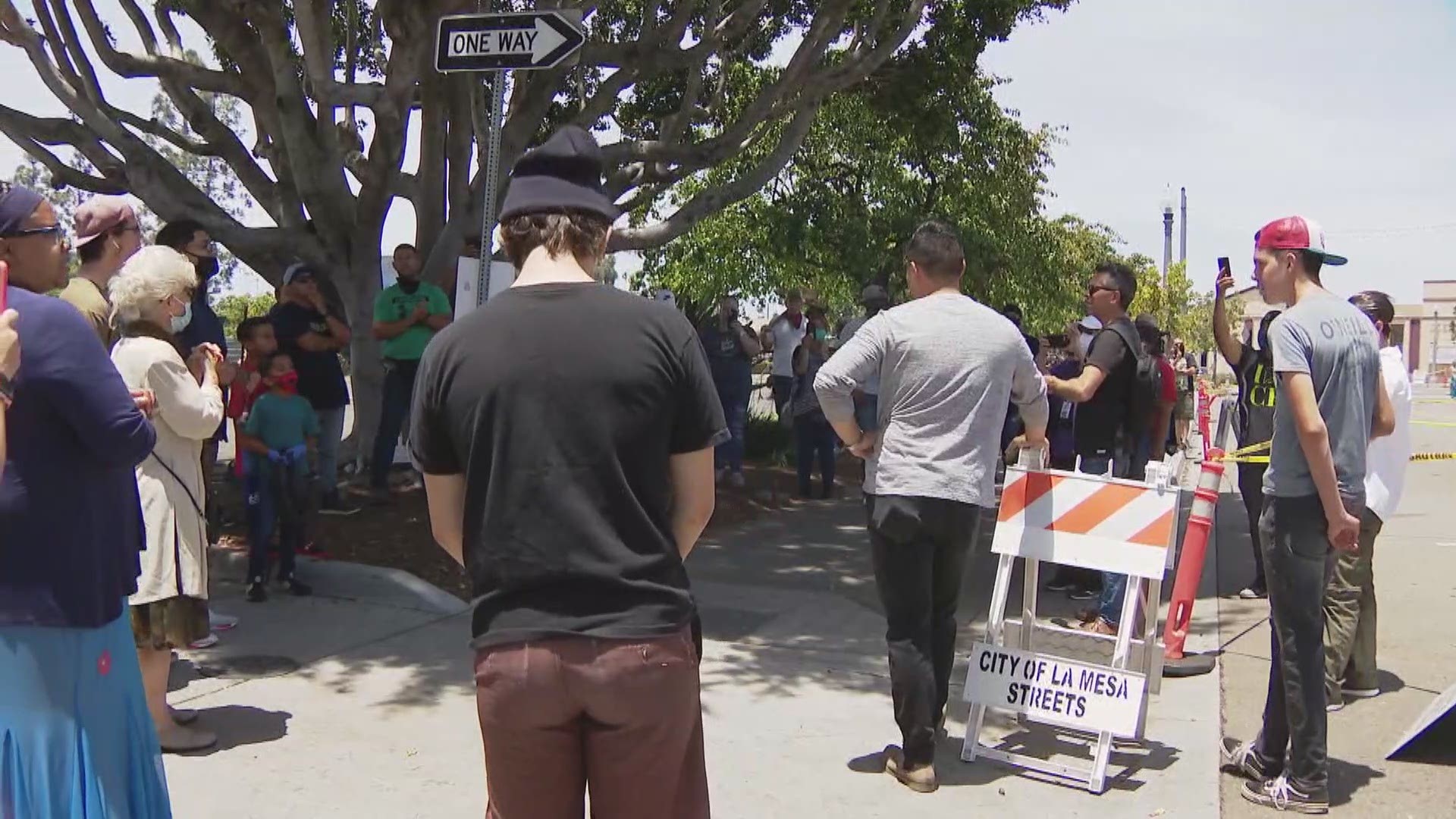 A crowd of rioters estimated to number as high as a thousand blocked Interstate 8 in both directions. What began as a demonstration escalated to vandalism and looting by nightfall, authorities said today.

A cleanup of downtown, organized by the Public Square Coffee House at 8278 La Mesa Blvd., began at about 9 a.m. Sunday with hundreds of La Mesa residents arriving with brooms and paint, owner Aaron Henderson said.

"They cleaned up in about an hour," Henderson said. "It was overwhelming to see this community come together."

All the graffiti was cleaned up and store windows were boarded up, Henderson said.

A GoFundMe page has been established by several people and entities including the San Diego East County Chamber of Commerce Foundation to help La Mesa businesses recover.

"Due to conditions of extreme peril to the safety of persons and property that have arisen within the City of La Mesa as a result of rioting and looting related to a police protest on May 30, 2020, the City of La Mesa Director of Emergency and Disaster proclaimed the existence of a local emergency within the City on May 31st, 2020. Consequently, the Director of Emergency and Disaster ordered a City-wide curfew for all Citizens of and visitors to La Mesa commencing on May 31st 2020 at 7:00 p.m. and ending at 7:00 a.m. on June 1, 2020. During this timeframe, Citizens of La Mesa are encouraged to shelter in place (in a safe environment) for their personal safety. Both the proclamation of local emergency and ordering of the curfew were confirmed by the La Mesa City Council today at a 9:00 a.m. Emergency Meeting."

“My heart aches. People are upset and angry, and their outrage is justified. Yesterday, as protests picked up in La Mesa, I asked that they be constructive, not destructive. I said we must work together peacefully to address issues of discrimination and bigotry.

But asking for peace is not enough. People want solutions. They deserve solutions. They don’t want promises. They want a meaningful path forward -- and they want the nation to dig deep and address the underlying problems of racism and unequal treatment under the law. Obviously, as a white woman, I can’t completely understand the depth of these issues, but I want to do everything I can to help. We must all be part of the solution.

The county Board of Supervisors, at the request of Supervisor Nathan Fletcher, recently agreed to bring back its Human Relations Commission. That’s a step in the right direction, but it’s only one step. More is needed to address systemic, institutional racism.

I want to acknowledge and thank all those in law enforcement who live by the motto, ‘to protect and serve.’ They have a tough job right now. I want to recognize and thank the many La Mesa residents and others who have peacefully protested. I also want to thank the folks who have stepped up today to clean up La Mesa. The immediate outpouring of support is touching, and it sets the tone for how we need to come together to address these issues.”