While some see mail-in voting as being politicized, others have concerns about the process and feel this could hurt the democratic process. 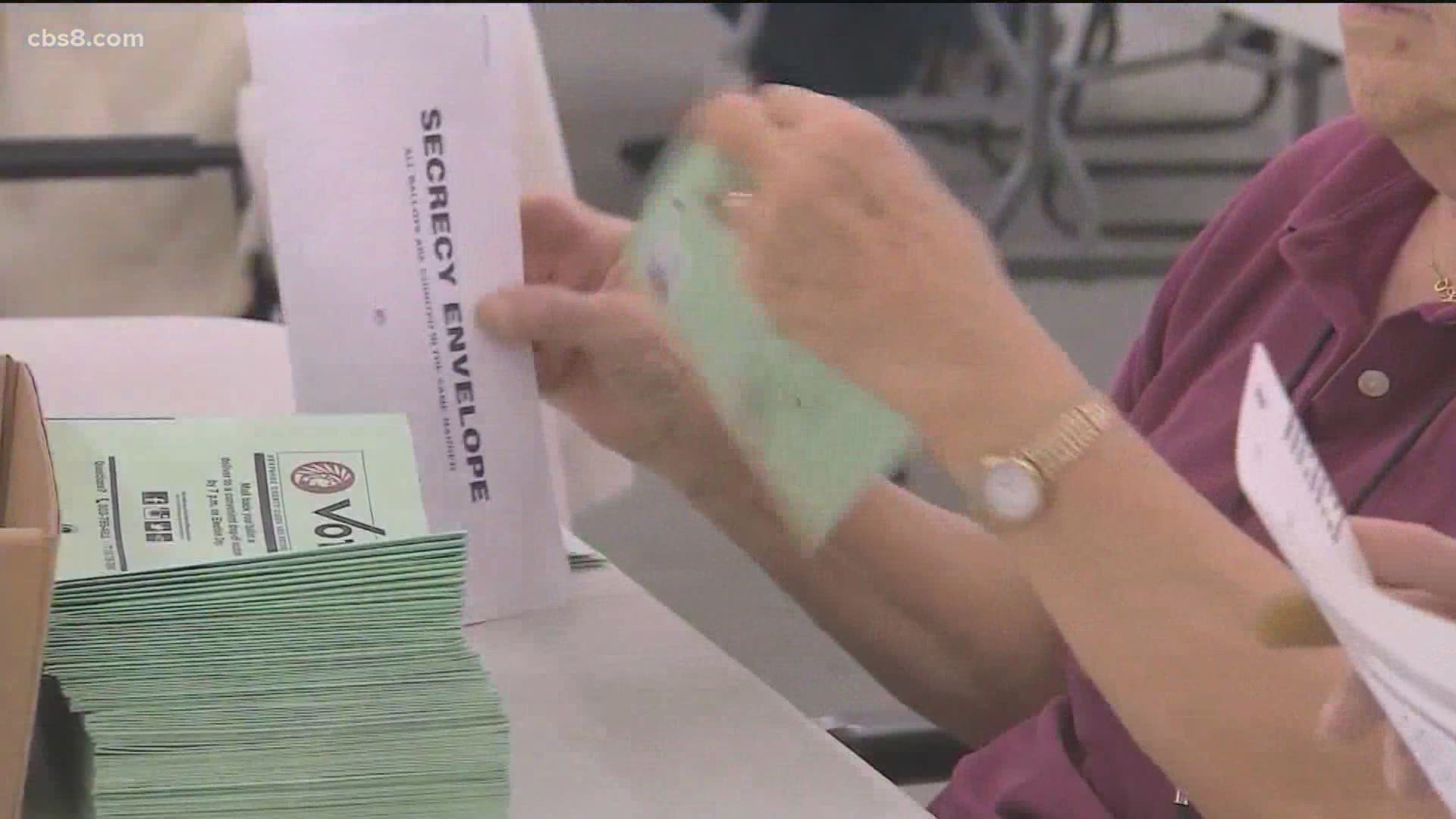 For nearly a year News 8 has been following young voters during the election process, each with a different political view.

While some see mail-in voting as being politicized, others have concerns about the process and feel this could hurt the democratic process.

“I mean, there's already instances where mail-in voting isn't working. There are tons of cases over the past four years where there are proven instances of voter fraud,” said Del Norte High School graduate and Miami University freshman Matan Bar.

Bar is a republican but Joe Biden supporter. Madeline Austin believes the “voter fraud” argument is an excuse from the right.

“I think it's toxic. And I think it's going to hurt the election on both sides and possibly the democracy as well,” said Austin, a MiraCosta College sophomore.

The California Voter Foundation released a report earlier this month that shows in the primary election a high number of young voter mail-in ballots were rejected. Bonita Vista High graduate, Charlsie Santana, says she wishes the political bickering would stop and would rather see more voter education.

“More resources like what does that mean, commercials, early Instagram ads. Tell people how to do it correctly because it's one of our only options this year,” said Santana, CSU Chico freshman.

Morse High School graduate, Diego Estrada, is in the middle and has is concerns but feels mail-in voting is the best option during these times.

“I just don't think, I can see another way of doing it. That's still safe with them, like, you know, the COVID guidelines,” said Cornell freshman, Estrada.

Del Norte High School graduate, Mithil Pujar, says there will be some political football from both sides and his concern is voter turnout involving mail-in ballot learning curve and fear of going to the polls for health reasons.

“I think it's whether or not people will actually send it and do them. And so, people will be receiving them on time,” said Minerva freshman Mithil Pujar.

39 days until the election and First-Time Voters talk about despite mailing their ballot and avoiding the polls, they...

Even with concerns, News 8 First-Time Voters say they will all mail their ballot or drop it off.

Starting October 6, there will be 126 drop off locations across San Diego County.