The department says that shortly after 7 a.m. they received a call about a white male who was hitting cars with a “metal pole.” 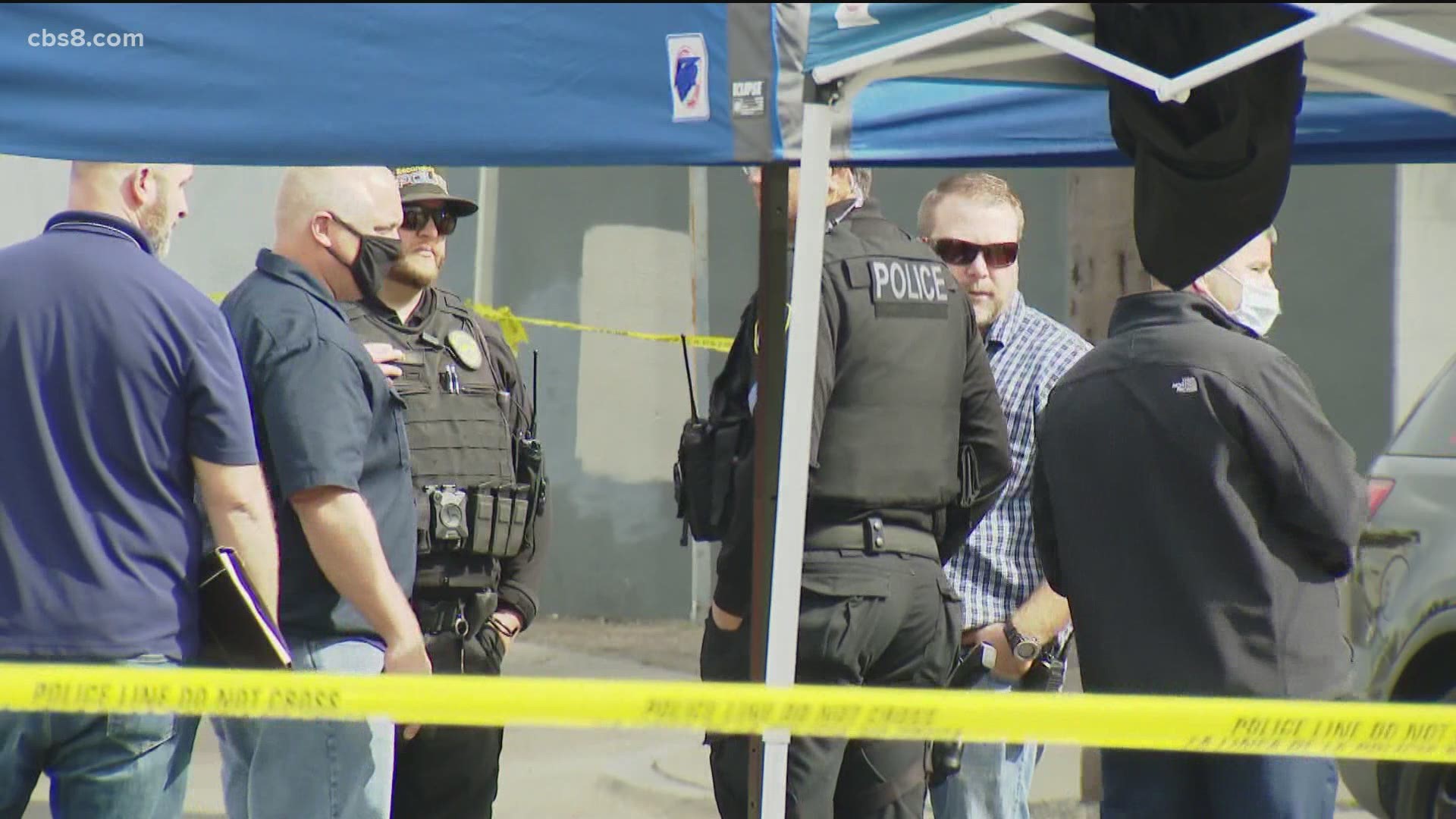 ESCONDIDO, Calif. — The Escondido Police Department is currently investigating an officer-involved shooting that occurred on Wednesday morning in the area of Broadway and 2nd Ave.

The department says that shortly after 7 a.m. they received a call about a white male who was hitting cars with a “metal pole.” The department says that officers saw the man when they made contact. They added, "During the contact, one officer shot at the man striking him. The events leading up to the officer-involved shooting and the actions of the man are currently under investigation. Officers rendered first aid until Escondido Fire Paramedics arrived on scene."

Lieutenant Kevin Toth from the Escondido Police Department told News 8, "At some point, we're still investigating the circumstances that led up to what happened up to the confrontation between the officer and the man. One officer did end up firing his service weapon at the subject and the subject was struck by gunfire."

The man was transported to a local hospital where he later died from his injuries.

Escondido Police say that the officer who fired the weapon is a veteran of the police force and as per policy will be placed on paid leave pending the investigation.

News 8 asked if either a taser or a K9 unit were used first. Officers said they did not know if a taser had been used and that it appeared a K9 unit was not used.

Witness Laban Davis, 47, who has been homeless since 1993, says he knew of the man who was shot and killed by police and claims that the man did not appear to be a threat and only had in hand a squeegee and a small gardening tool used to pull out weeds.

"He came out of the alley, and he started walking up and down and then all in the road talking a bunch of crazy stuff. He was going like this up toward the cop and really the police officer had no reason to shoot him. He wasn't really no threat. He was crazy but was not swinging at the cop, he was just walking up to him, and the cop shot him over here,” Davis said.

A witness says he saw @EscondidoPolice shoot a homeless man allegedly waving a squeegee and metal gardening tool. The man was taken to hospital where he died.
Police got report of man hitting cars with a metal pole near 2nd Ave & Broadway. 1 officer fired at least one shot. @CBS8 pic.twitter.com/JMJZeedYM4

The identity of the man killed is not being released at this time until the family is notified.