A two-person amusement park ride got an unexpected third passenger as it shot up in the sky. 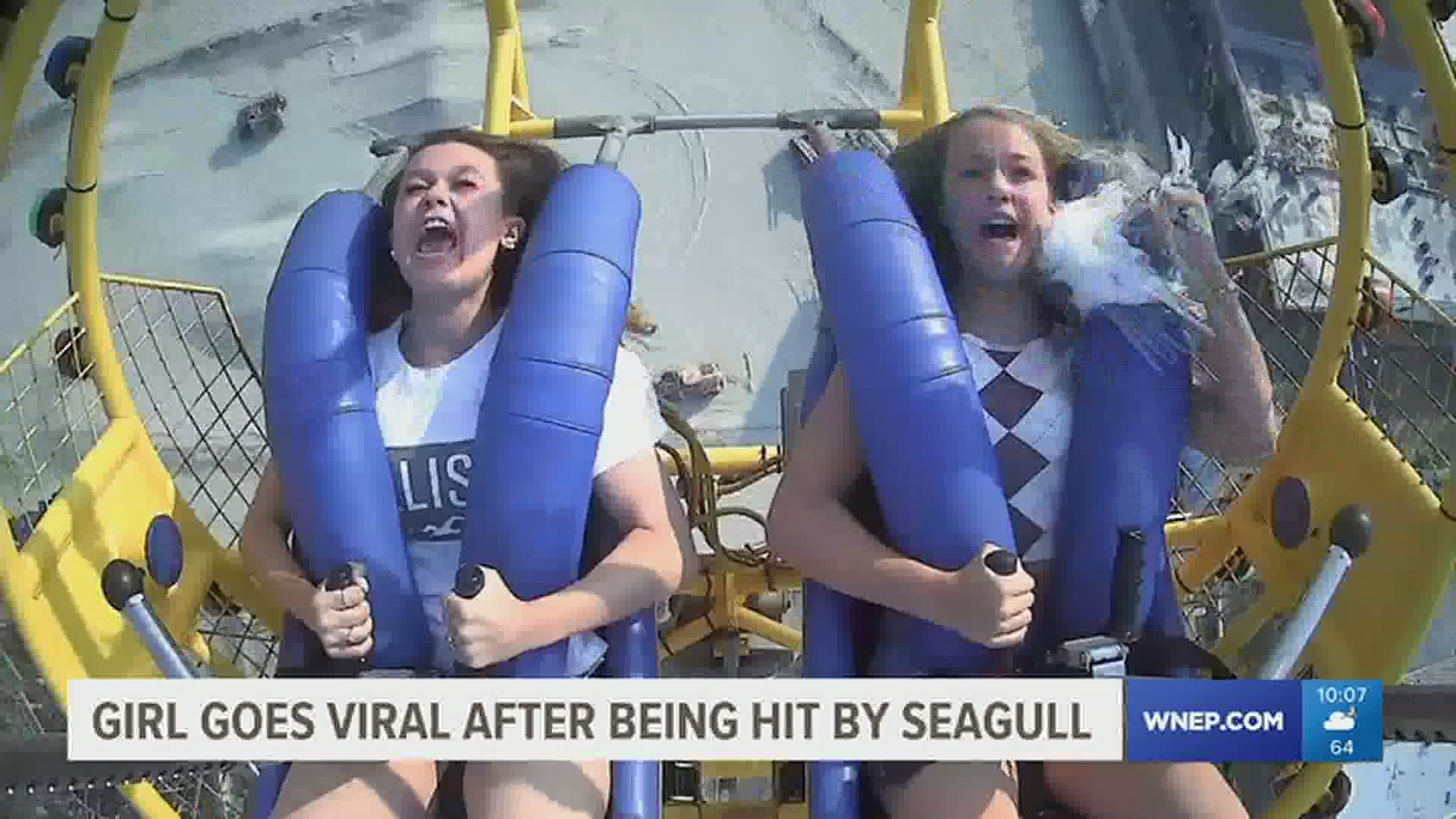 WEATHERLY, Pa. — This is the video that is blowing up the viral universe.

Kiley Holman, 13, from Carbon County, and her friend Georgia Reed, 14, from Luzerne County, were on the Springshot ride in Wildwood, New Jersey, when just moments after they're released into the air, this happened.

Yes, take another look that is a seagull that flies into her face.

These two girls were expecting a thrill of a lifetime when they hopped on this ride. They were not expected to be hit by a seagull! https://t.co/K3dWz5vrC6 pic.twitter.com/t6jdFUvqYf

We spoke to Kiley and Georgia at Kiley's home near Weatherly about the experience.

"When we got shot up in the air, I saw it. And it was going in the opposite direction but then turned around and came right into my face," said Kiley.

Kiley grabs the gull and pulls it off her, and the bird flies away.

You can hear her trying to tell her friend what happened but between the rushing wind and her friend's screams.

Neither girl could hear what the other is saying.

Since Kiley was with Georgia's family for her friend's 14th birthday, she phoned home to tell mom and dad about her seagull encounter.

"I called my mom, and I was trying to tell her, but I couldn't stop laughing, and she thought I was saying a beagle was on me," said Kiley.

Kiley's mom and dad are Kelly and Kyle Holman, and those names might sound familiar to Newswatch 16 viewers.

Kelly and Kyle were actually married in the WNEP backyard in April 2011 in an "Unroyal Wedding" ceremony to rival the royal wedding of William and Kate 10 years ago.

Newswatch 16's revisited the couple four years after their wedding and once again this April.

Our viewers watched their daughter grow up from 3 years old, then seven, and now when she's about to turn 14.

And just like the royal couple, the Holman's are all still together with plenty of pets, just no seagulls, of course.

Oh, and as for the Springshot, both Kiley and Georgia say thrill-seekers should try it when visiting Wildwood.

Just watch for the seagulls.

RELATED: An update 10 years in the making: Newswatch 16 catches up with the couple married in the WNEP Backyard as part of the ‘Unroyal Wedding’