No warning signs could be found indicating there was a beach advisory and dog owners and surfers said had they known, they would not have come out to the beach. 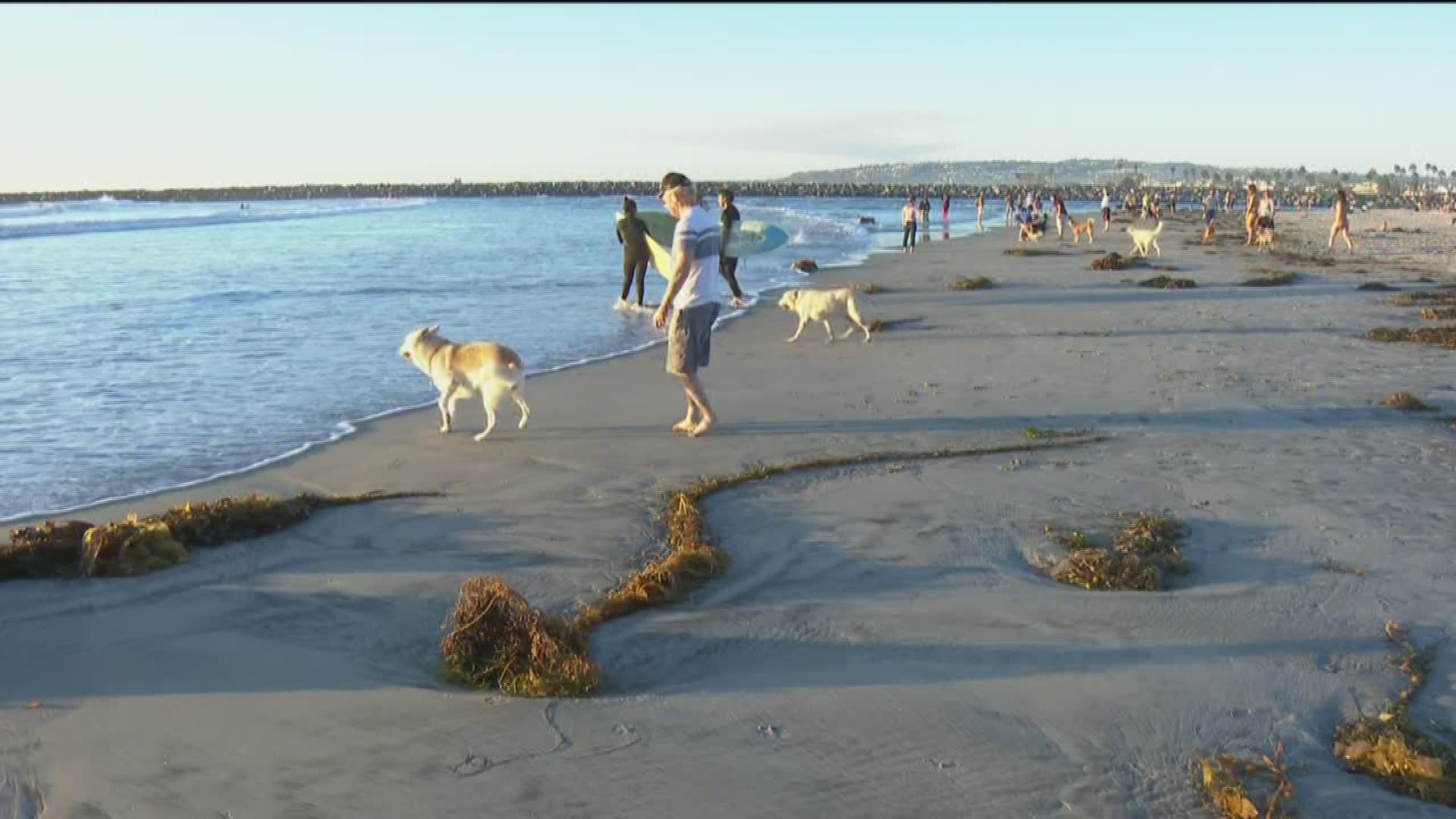 The advisory for high bacterial levels on Wednesday was lifted by the San Diego County Department of Environmental Health. Below is the original story.

The San Diego County Department of Environmental Health on Tuesday issued an advisory for high bacterial levels at the San Diego River outlet at Dog Beach in Ocean Beach.

No warning signs could be found indicating there was a beach advisory and dog owners and surfers said had they known, they would not have come out to the beach.

Jason Heckendorn took his Belgium Malinois mix pup to the beach Tuesday but was unaware of the high levels of bacteria in the water.

On Wednesday, a county spokesperson contacted News 8 to say signs were posted at the San Diego River outlet side.

“I did not know anything about the bacteria level. I texted a friend that I had just gone surfing and he sent me a link,” said Susy Dorsey, a surfer.

The link came a little too late for Dorsey, who was just getting out of the water when she received the link her friend sent her.

News 8 reached out to San Diego County for more information, including what bacteria levels were found, but no one responded to the calls. An operator indicated dogs should also avoid the water.

The San Diego County Department of Environmental Health has a campaign called Check in Before You Get In.

Beachgoers can visit sdbeachinfo.com to find a map that has locations pinpointed for advisories, closures, and water sampling.

A re-sample was done Tuesday and the results should be available Wednesday. Past advisories usually last one to two days.

Abbie Alford
A former employee filed a civil case against Urban Street Angels all... eging drug use, inappropriate relationships and conduct with homeless youth and labor violations. The founder says she is lying.