'Wave Woman': The life and struggles of a surfing pioneer

Surfing in the 1950s was not for the faint of heart. The boards were big and heavy and it was considered a macho sport. 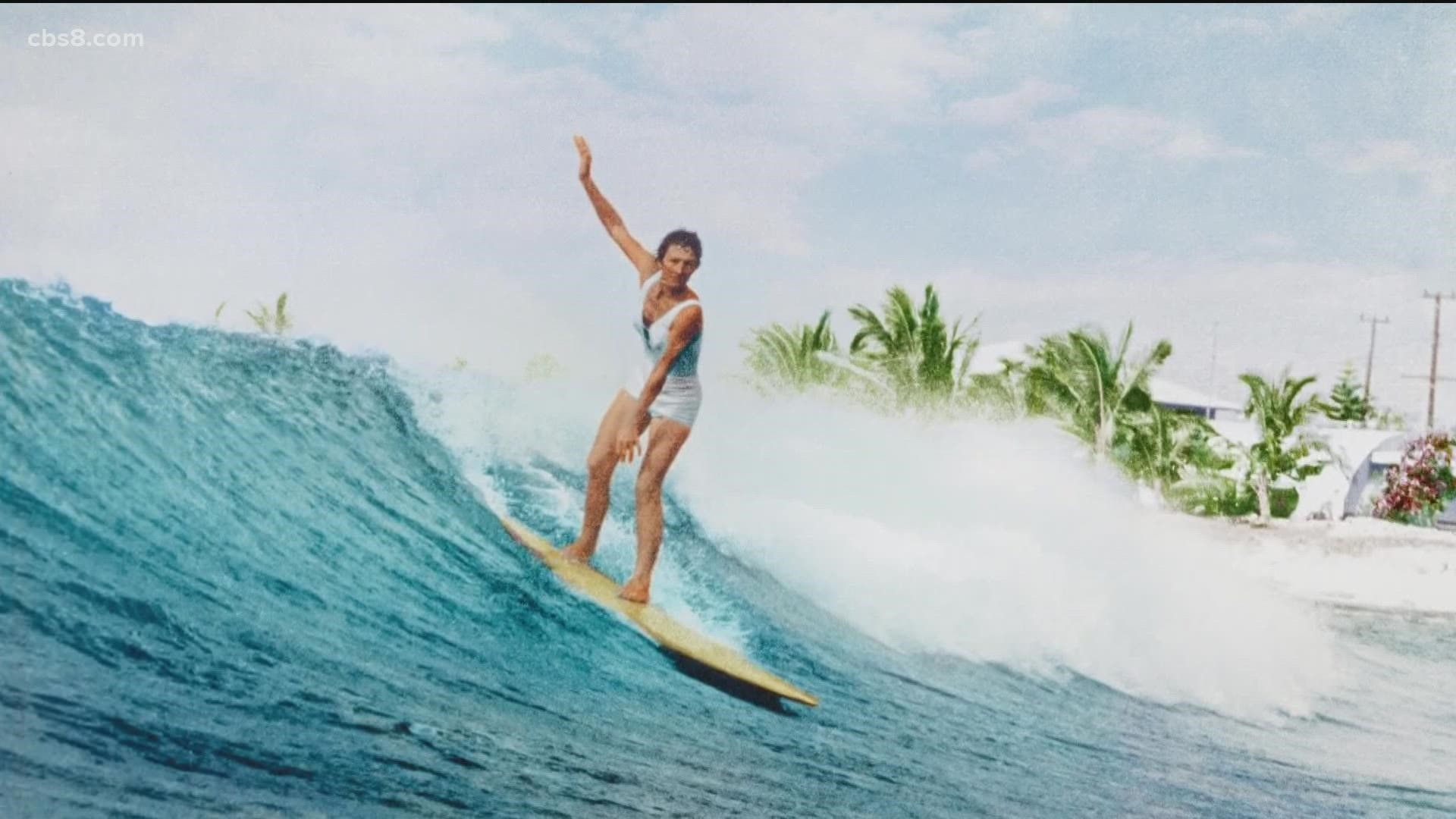 SAN DIEGO COUNTY, Calif. — To say Betty Heldreich was a pioneer in women's surfing is an understatement, she was really a frontierswoman leading the way in the 1950s surfing the waves of Hawaii.

Her daughter Vicky Durrand has brought those adventures to life in the book "Wave Woman."

"Surfing is the most amazing sport; it builds physical strength which leads to inner strength," said Durrand.

For Durrand's mother Betty Heldreich, it opened an incredible world from a visit to Hawaii

"We took a canoe lesson and there's surfers on either side of you at Waikiki and she said 'I want to try that sport,'" said Durrand.

At the age of 41, Betty took up surfing and it didn't take long for her to become enlightened.

"So, Charlie Amalu, the beach boy took us out and in a couple of waves she fell in love with surfing. She was bitten by the surfing bug."

She asked her daughters if they wanted to move to Hawaii and they said yes, but it would have to wait until after Christmas, the family business was jewelry. That was 1954

"She surfed every day … she would wake up and go surfing at Waikiki," said Durrand.

It didn't take long for Betty to be lured to the waves and beauty of Makaha and make it home.

"She went to the sign and pulled it out and said, this has to be mine,"

In the high-performance waves of Makaha, she honed her skills and two years later, it was the site of the first international contest.

"Being very competitive she entered the paddling and won and, in the surfing, came in second," said Durrand.

The following year the contest was in Peru.

"They went in 1957 and that's where mother won, beat Ethel and came home with the silver cup and a special love for Peruvians,"

It was Vickie's turn next, she won which got them invited back to Peru.

"Our job was to make it look fun and feminine, something they would want to do," said Durrand.

Betty returned to Hawaii to raise her family but never stopped exploring, becoming a fisherwoman, a potter, carpenter, boat builder, poet and so much more and always looking for challenges.

News 8's Shawn Styles asked Vicky what would her mother think of today's women in surfing.

"That it's never too late to follow a dream … that you can believe in yourself and do whatever you want to do."