‘We’ve got to get a handle on the spread of this virus’: Chula Vista announces mandatory face-covering rules

Officials say they are in the education phase of the order, but they will soon issue $1,000 fines. 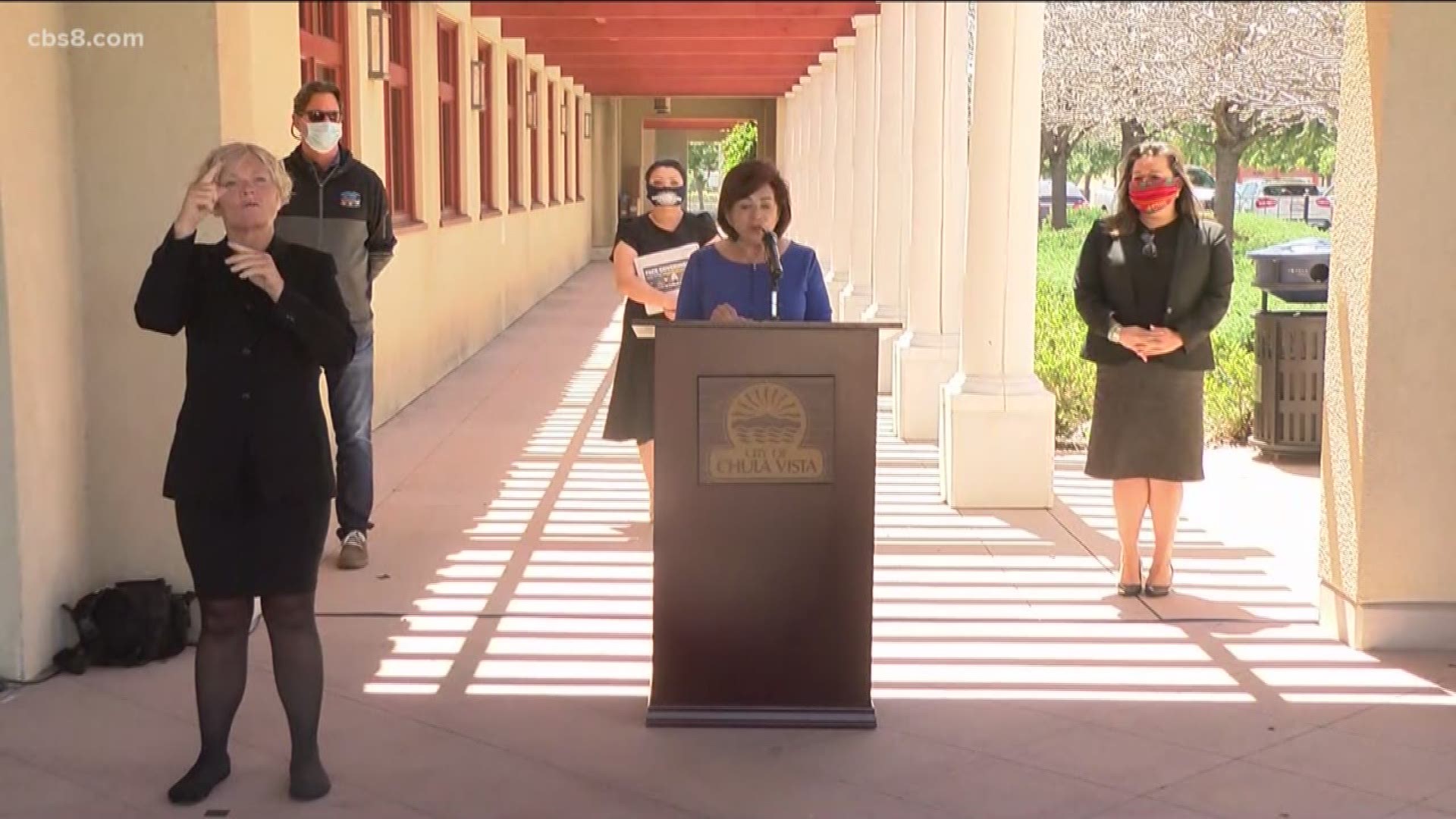 CHULA VISTA, Calif. — Chula Vista leaders held a press conference on Thursday to announce changes that are aimed at slowing the spread of coronavirus. The region has seen a rapid increase in the number of cases in recent weeks.

The mayors of Chula Vista, National City, and Imperial Beach outlined a plan that will make facial coverings mandatory when residents are outside in public. The plan comes just days after a similar measure was taken in nearby National City.

News 8 spoke with the Chula Vista Mayor recently about the fight against COVID-19 and the challenges the city faces. She said, “Last night we gave directions to the City Manager to require masks when anyone is out in the public. Right now, it is a recommendation, but we want to make sure that when people enter essential businesses or when they come into contact with others that they are wearing face coverings. We’ve got to get a handle on the spread of this virus.”

Officials say they are in the education phase of the order, but will soon start issuing $1,000 fines for people who do not follow the order. Mayor Casillas stressed that police will give warnings and that they are not going to be "draconian."

In addition, it was also announced that the City of Chula Vista has purchased 2,000 hotspots that will be available for families to rent so all children are able to access the internet for their distance learning classes.

Mayor Casillas also said that anyone in Chula Vista who needs food but is unable to get to a food distribution event can call 211 San Diego and food will be delivered to their doorstep.