The state officially reopened on June 15 after over a year of restrictions that were put in place to fight coronavirus. 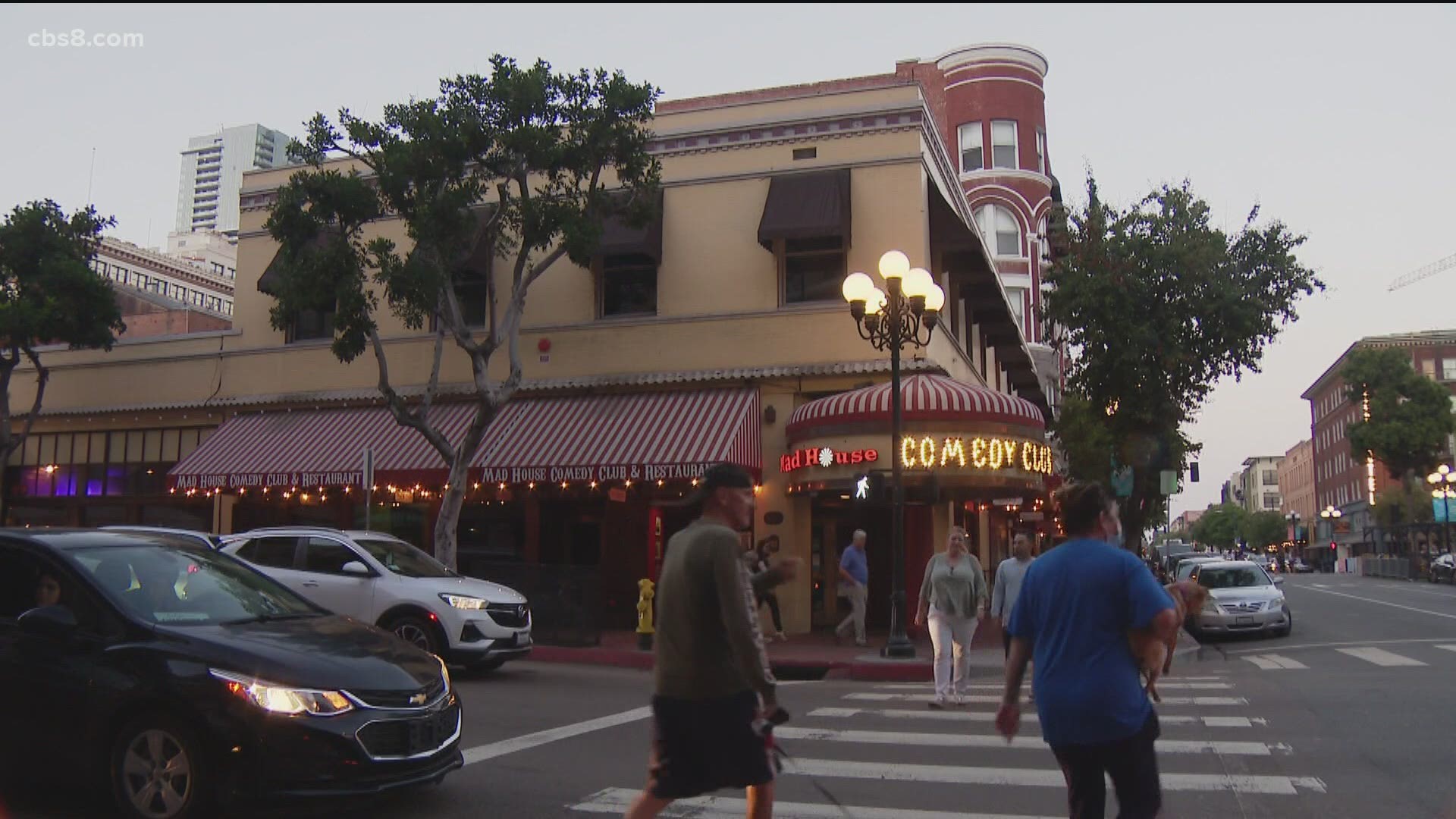 SAN DIEGO — This is the first weekend most Californians were able to go out without wearing a mask. The state officially reopened on June 15 after over a year of restrictions were put in place to fight coronavirus.

There were plenty of people out and about Saturday night, catching a movie, going to other venues or just getting out of the house for the first time since the state officially reopened.

“Since everything’s opening back up, I’d just like to get back to normal,” said  BJ Maguire, who saw a movie at Edwards Cinemas in Mira Mesa on Saturday with friends.

Getting back to normal. That’s what most people News 8 spoke to said they wanted to do this weekend as COVID-19 restrictions were officially lifted on June 15.

“Yeah, this is the first movie I’ve seen in theaters in like 15 or so months so it was pretty great just to go back there and get some movie popcorn with my mom and just enjoy a movie,” said Lucas Levenberg.

Being in spaces with the capacity to hold a large amount of people like a movie theater are now unrestricted. One man said he still wore his mask in the movie, even though he’s vaccinated.

“It didn’t impair my vision at all. It’s still a great experience. I highly recommend it. You don’t even notice your mask once you’re in there,” Maguire said.

As people headed out to enjoy the reopening, some people were also trying to beat the heat at home.

“It was something to get away from the heat, being at home. Of course, we want to save electricity, so we came out to the movies to be in the cool, watch a nice movie for an hour or so,” said Eliza Gonzales.

Other venues were also welcoming back patrons, like the Mad House Comedy Club in San Diego.

News 8 did see some people still wearing their mask, which of course is their choice, but all in all, most people seemed to be ready to get back into the swing of things.