What to know about Saturday’s protests in Portland

A rally organized by far-right group the Proud Boys is expected to draw opposing left-wing Antifa demonstrators in a clash that has garnered national attention. 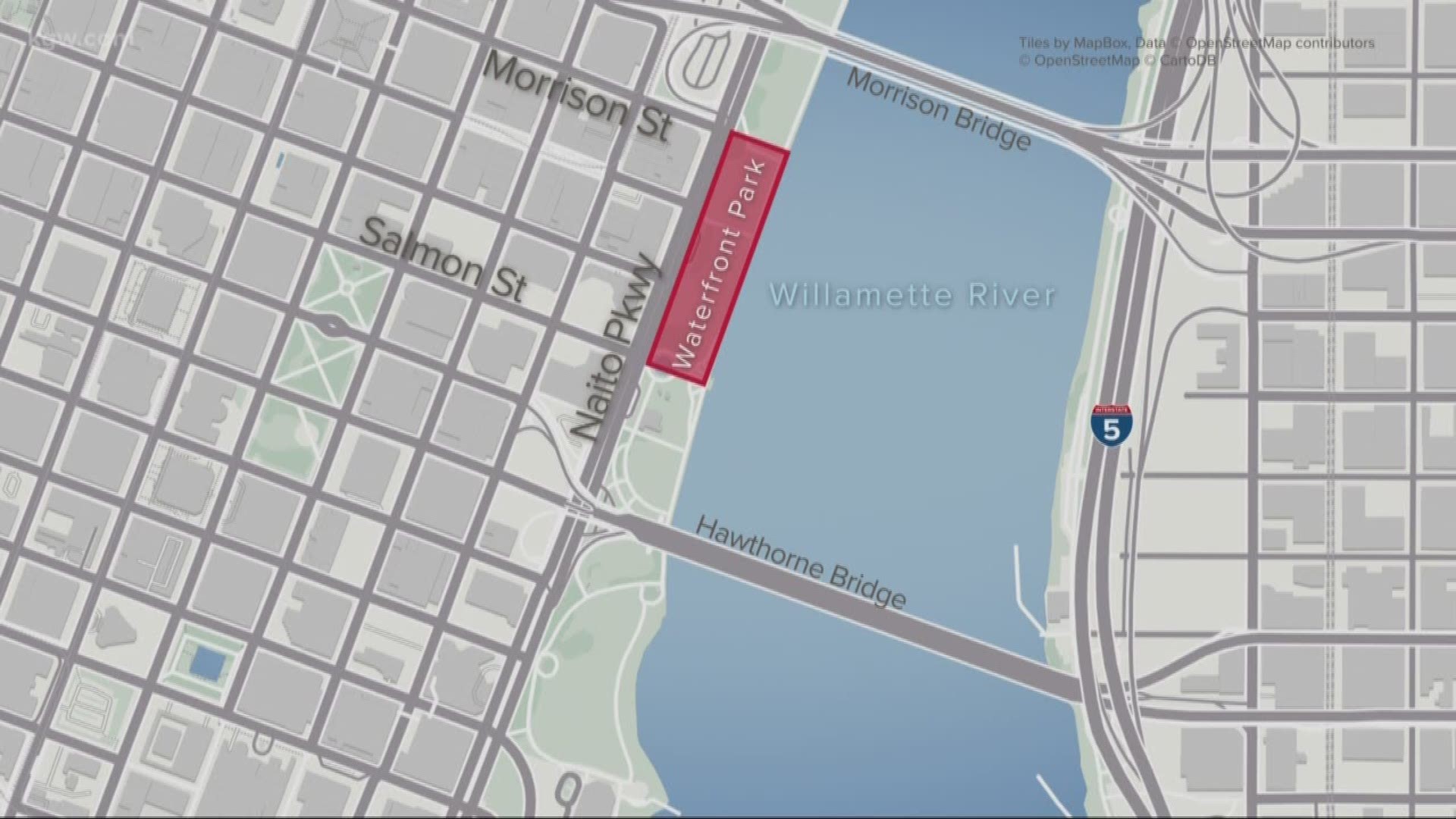 PORTLAND, Ore. — A rally of right-wing groups is expected to be met by left-wing counter protesters in downtown Portland on Saturday in a clash that has become familiar to Portlanders since the election of President Donald Trump.

The size and volatility of the protests remain unclear, but the weeks-long anticipation of the dueling demonstrations has garnered national attention, in part because of the history of violence during similar clashing protests in Portland.

Here's what you should know about the potential protests:

"The End of Domestic Terrorism" rally is slated to begin at 11 a.m. at Tom McCall Waterfront Park, and is expected to draw far-right supporters from outside of Oregon. Portland police said people could begin gathering at the park as early as 9:30 a.m.

The rally was reportedly organized by Joe Biggs, a former InfoWars staffer, and Enrique Tarrio, chairman of the Proud Boys, a group of self-described “Western chauvinists" that the Southern Poverty Law Center has designated as a hate group.

Biggs told the Associated Press earlier this week that he decided to hold the rally after seeing the assault of conservative writer Andy Ngo during dueling protests between right-wing groups and left-wing anti-fascists on June 29 in Portland. The attack was captured on video by The Oregonian reporter Jim Ryan and has been viewed millions of times on social media.

"That group of Antifa there in Portland needs to be exposed for who they are," Biggs said in a phone interview with AP earlier this week. "And guess what? They should be scared."

Biggs told AP he’s directed supporters to not bring weapons or start fights, but to still be prepared to defend themselves.

At least one counter-protest, organized by Rose City Antifa, is expected.

"Our city is a target for right-wing attacks precisely because it is a symbol of progressive values," the group said on its Facebook event page. "We must show that our community will never back down to right-wing threats."

More groups of protesters, of unknown sizes, are expected to show up at Portland’s waterfront as well. In addition to the Proud Boys, AP reports white nationalist American Guard and the Three Percenters, a far-right militia, have all said they will have members in Portland. Hate group watchdogs say the Daily Stormers, a neo-Nazi group, are also expected, AP said.

It’s unclear if Patriot Prayer, who has clashed with anti-fascists several times on Portland’s streets over the last couple years, will be on hand. The group’s leader, Joey Gibson, was arrested Friday on a felony riot charge related to a brawl outside a Northeast Portland bar on May Day. He told KGW on Thursday he’s unsure if he’ll go to the rallies. But following his arrest on Friday, Gibson urged his supporters to show up but not engage in violent or criminal acts.

While it’s not clear how many protesters will show up Saturday, Portland Mayor Ted Wheeler and Police Chief Danielle Outlaw have sent a clear message to those who come: violence will not be tolerated.

"Don't come. We don’t want you here. I don't care what side you’re on," Outlaw said, referring to potentially violent protesters.

"To those who perpetrate racism, sexism and bigotry, you are not welcome here," Wheeler said at the event.

RELATED: 'You want to be hateful? Stay home': Coalition calls for peace ahead of planned Saturday dueling protests

As for the police response to Saturday’s protests, Wheeler said last week that it will be "on a scale that this city hasn't seen in years." He said he's directed Portland police "to use whatever means necessary and to amass whatever resources necessary to ensure public safety and to uphold the law."

None of Portland’s nearly 1,000 police officers will have the day off, according to AP. The Portland Police Bureau will also have help from area, state and federal agencies, including Oregon State Police and the FBI.

The city will be closing several roads around Waterfront Park ahead of the protest to help police with the response. The Portland Bureau of Transportation said the following areas will be affected:

It’s not just the city making decisions out of concern for safety. Organizers of community events are as well. Several events that were planned in downtown Portland on Saturday have been relocated or postponed, and numerous businesses have announced that they will be closed.

RELATED VIDEO: Businesses closing due to planned protests in Portland