These funds will be used for forest management, new equipment and additional crews as California continues to endure one of its driest years on record 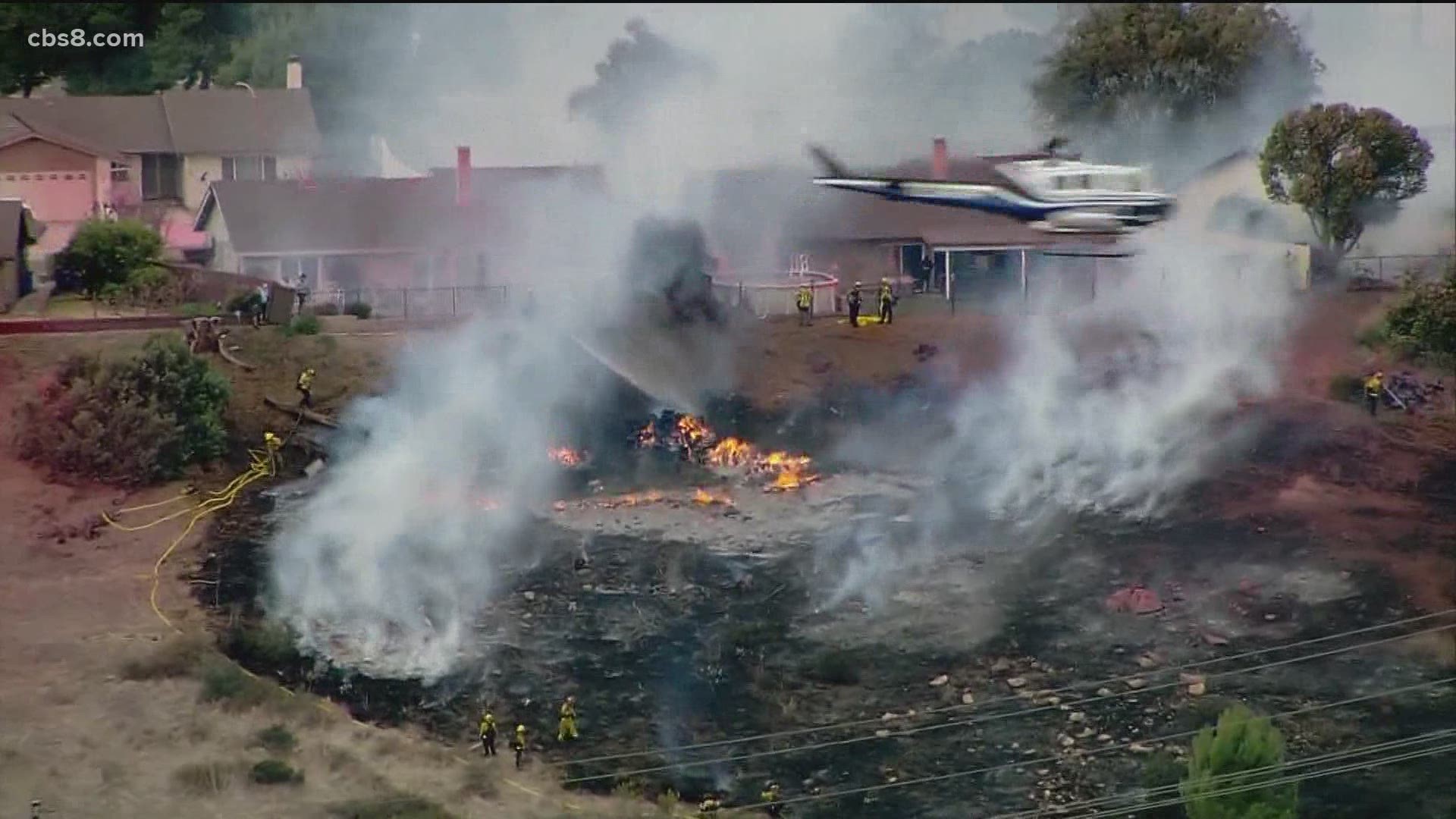 CALIFORNIA, USA — As California continues to endure one of the driest years on record, the state is ramping up its wildfire prevention efforts.

On Thursday, Governor Gavin Newsom announced that $536 million will be authorized early to gear up for the approaching fire season.

This is part of $1 billion toward firefighting efforts statewide originally earmarked for later this year.

Part of these $536 million in additional funds for Cal Fire will help accomplish that, providing additional resources toward thinning forests, carrying out planned burns, and building fuel breaks around communities prone to wildfires.

These monies will also be used to invest in more equipment.

"Yes, we are going to get more C-130s," Newsom added. "Yes, we have more Blackhawk helicopters coming in."

Also coming in, thanks to this funding, will be more firefighting crews throughout the state, including here in San Diego County.

"Ultimately we will have six more hand crews," said Cal Fire Captain Thomas Shoots, adding that these new crews in our area will be rolled out in the next few months

"We're talking over 100 firefighters to staff these crews. It does take time," Shoots said. "We have to get them all trained up and out in the field."

Shoots also cautioned that as California's abnormally dry conditions persist -  Californians all need to prepare for the possibility of a wildfire event this summer.

"Really having a historically dry year down here in San Diego, it sets us up for a situation that we don't really want to be in," he told News 8.

This makes the need to prepare now even more critical than ever, such as putting together an emergency preparedness kit.

Along with the basics, like a three-day supply of water and non-perishable food, as well as a flashlight, battery-powered radio, extra batteries, a first aid kit, N-95 masks and medication, be sure to pack additional supplies like matches extra clothing and blankets.

Captain Shoots also recommended taking time now to clear defensible space around your home and devising an evacuation plan for your family and for your pets.

"You don't want to be scrambling trying to come up with a plan when the fire is right at your back door.," Shoots said. "So think of all that stuff early and work toward a solution while we have time on our hands.."

Governor Newsom said that the state legislature is expected to pass this additional funding on Monday, and that he is prepared to sign it into law the following day.

Now is a great time to assemble an emergency preparedness kit for the possibility of wildfires (or earthquakes or any other emergency!)
@cbs8 #wildfires #Emergency pic.twitter.com/LmvUpS29cG