Could cameras help with California wildfires 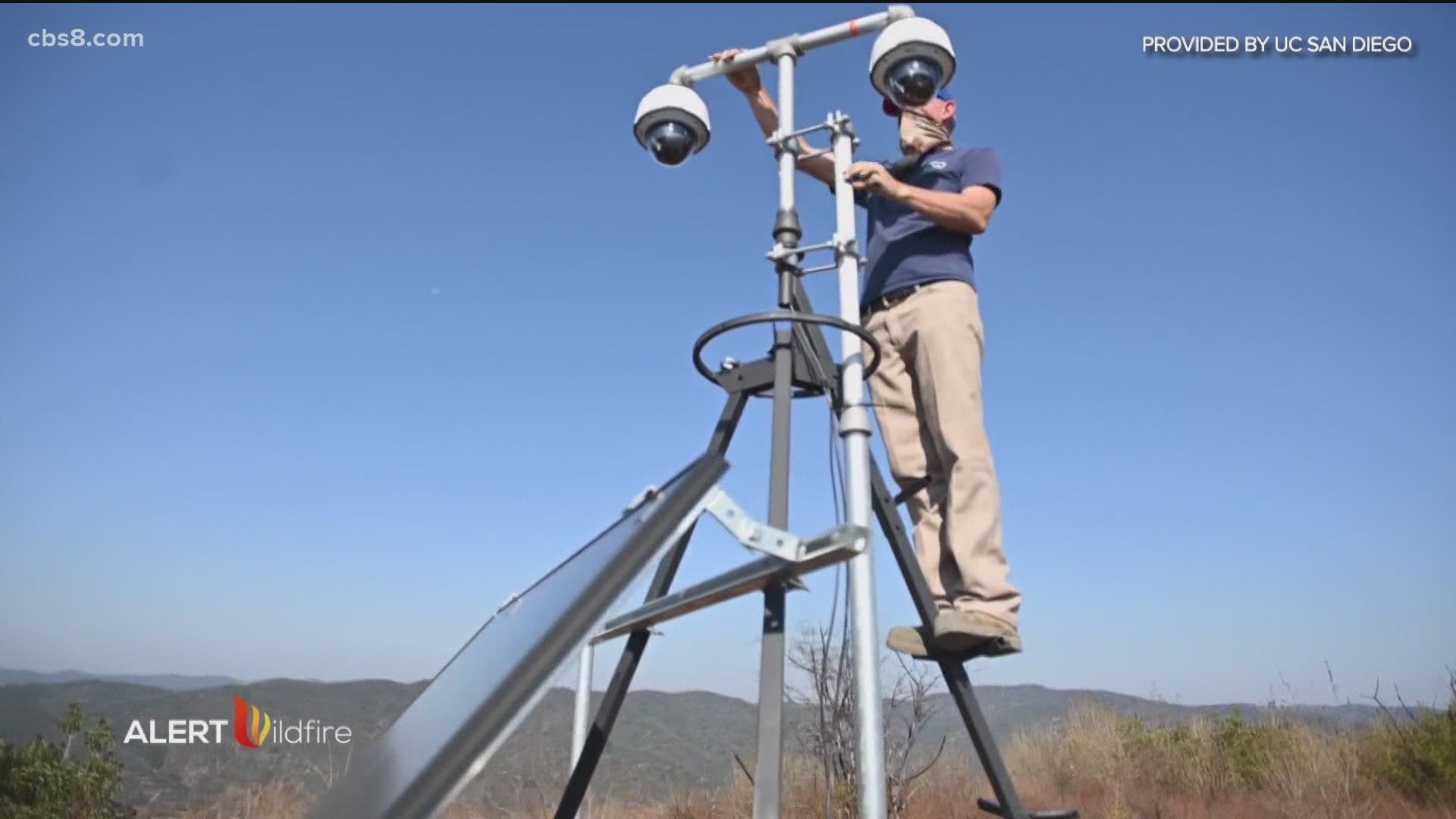 SAN DIEGO — The severe drought and record heat along the West Coast has sparked national attention as California and other states get ready for wildfires.

Governor Newsom and other west coast governors met with President Biden today to get a game plan together to fight fires.

Back home in San Diego, scientists with UC San Diego unveiled their new plan to make sure we get a better handle on wildfires right from the very beginning with innovative technology.

"These fires are horrific," Driscoll said. "We need to fight them at the incipient phase. We need to suppress them. We need to do forest management. We have many things that we need to do but technology is helping us."

They want to install 1,000 cameras across California to help stop wildfires in their tracks. Driscoll demonstrated on video how one camera was used to monitor a wildfire’s ignition and growth. ALERTWildfire camera technology can also use stars in the sky in conjunction with the cameras to help.

"This gives us confidence that when we triangulate, we get correct coordinates," Driscoll added.

It's not just the wildfires themselves Californians are struggling with. There are a lot of secondary problems like terrifying firenadoes. Driscoll explained what conditions can spark firenado and explained it’s a global phenomenon.

"We saw these in Australia," he said. "The Carr Fire was a perfect example of this. The Creek Fire last year spawned two or three EF1 tornadoes. The EF3 with the Carr Fire had winds of more than 100 miles an hour."

Poor air quality is also an extension of the problems Californians deal with when it comes to wildfires. Tom Corringham is a climate change specialist who also served on the panel. He described poor air quality study findings.

"We see this smoke associated with morbidity, mortality and reduced productivity," he said.

Their solution for air quality, which impacts even more people than an actual wildfire, is multi-layered. Corringham suggested monitors and public notices of poor air quality from wildfires. He also suggested, "subsidies for air filters and purifiers for people with pre-existing conditions. And we're used to the N-95 masks at this point so providing those masks especially for people who work outside."

Scientists with ALERTWildfire, the company behind the cameras, said that building a camera from the ground up with its own tower costs $40,000 thousand dollars. If they're able to use existing towers, it would only cost $15,000 per camera. The goal is to have 1000 cameras installed across California by 2022.