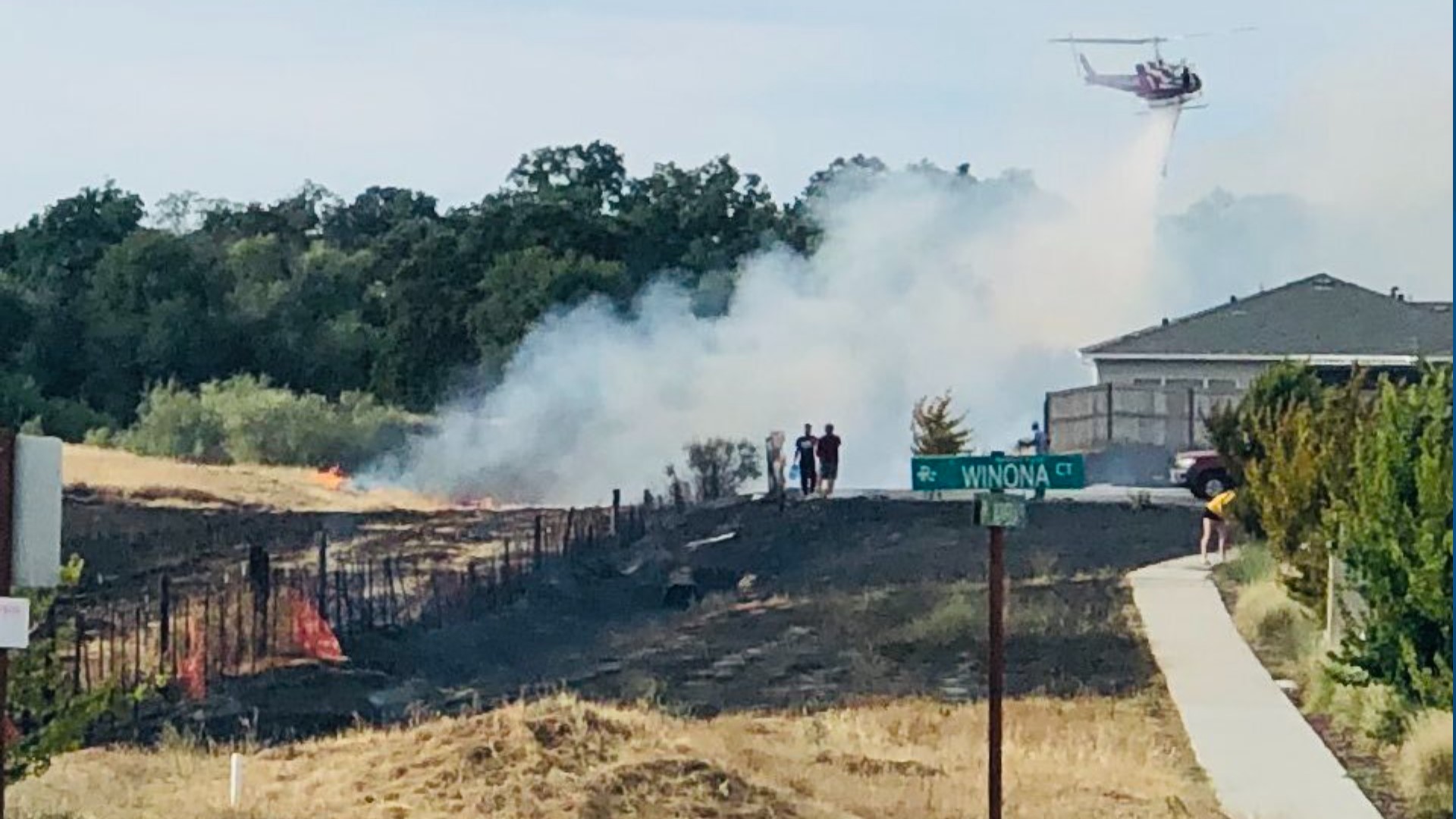 PLACER COUNTY, Calif. — With drought conditions impacting much of the state of California, public safety officials warn that wildfires could come earlier than usual this year, and say now is the time to sign up for emergency alerts.

"Seconds matter. Minutes matter. And sometimes it could be a life or death situation," said Placer County Sheriff's spokesperson Angela Musallam, who encourages residents to sign up for Placer Alerts.

The following URLs redirect to the Sacramento Region Emergency Notification System, where users can enter a cellphone number and/or email to receive instant notifications in an emergency situation, including wildfires.

Viewer video captured in June of last year shows the combustible combination of dry grass and high winds in a suburban neighborhood of Antelope. It was one of several incidents in Placer County to prompt evacuations.

"You’re going to have some embers that are going to fly from where the fire’s at over to those homes. And you saw that there’s a lot of wind on that fire and it was blowing directly at those homes," said Jim Mathias, the Cal Fire Division Chief for North Operations Nevada-Yuma-Placer Unit, after reviewing the video.

Mathias said right now, in mid-April, the grass is still green but dry.

"You can go out and cut some green brush from your home right now and burn it. It's incredible the amount of dry vegetation that's out there for this time of year," Mathias said.

Musallam encourages that resident, even those in suburban areas, to sign up for online alerts. She said that areas where people don't typically expect to be affected by wildfire have been affected.

"Know that if anything very serious and anything very crucial and critical were to happen in the area that you’re at currently, you will be able to receive a notification no matter what, if you... sign up with Placer Alert," Musallam said.