While no people were injured, the family lost their cat in the fire. 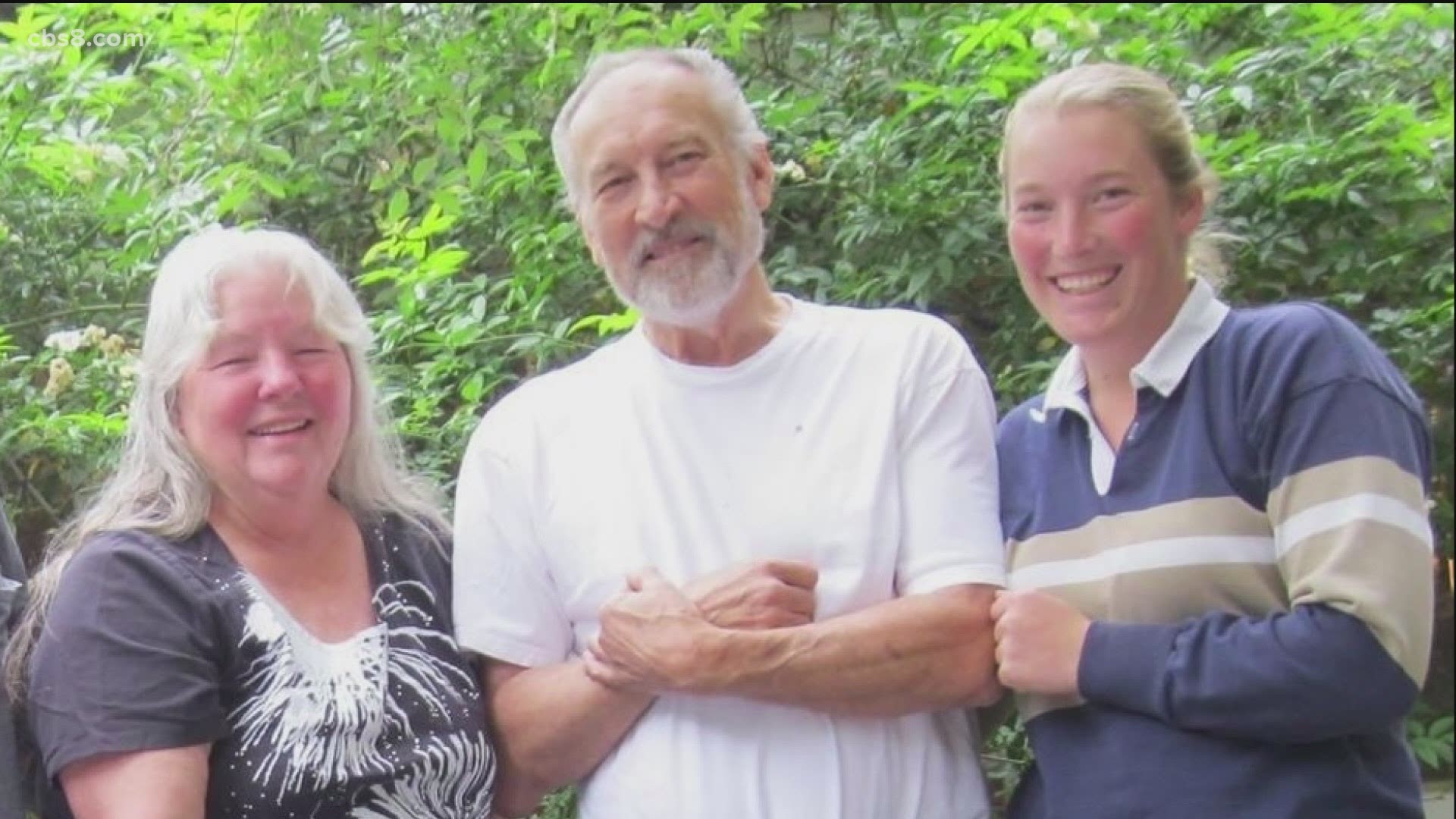 FALLBROOK, Calif. — Friends have set up a GoFundMe account for a Fallbrook family who lost everything in a predawn fire that leveled their home and sparked a small brush fire in a rural neighborhood in north San Diego County.

"We lost everything. We have our puppies, but we think we lost our cat. We weren't prepared," said Kiersti Wylie, the Fallbrook house fire victim.

"My mom rarely uses candles, but the power was out, so she was burning a candle and we are thinking one of the pets tipped it," said Tauni Beckmann, the daughter of Ron and Crystal Wylie.

The fire was reported shortly after 4:30 a.m. Friday on the 40300 block of Sandia Creek Drive in the De Luz area of Fallbrook, according to the North County Fire Protection District.

The residents, Ron and Crystal Wylie and their daughter Kiersti, who operate the Sandia Creek Ranch Auxiliary Foundation for horse rescue, escaped unharmed although one of their cats died in the fire. But friends said they lost everything else.

Kriersti said she is caring for her family's horses while her parents stay in a hotel.

The residence was fully engulfed in flames and nearby brush and trees were ablaze when firefighters arrived, NCFPD PIO Capt. John Choi said.

No firefighters or residents suffered any injuries, but Choi said the home was a complete loss.

Though a candle was burning in the Wylie home, the cause of the fire remains under investigation.

The family said people need to have a plan and be prepared for the unexpected, including having fire extinguishers that are ready to go, batteries and a flashlight, an emergency plan.

A fire starts at a house in Fallbrook around 5am and spreads to nearby vegetation. Roads are closed around 40000 Sandia Creek Dr and fire crews are asking people to avoid the area to make room for their engines. @EricNews8 @CBS8 pic.twitter.com/wv2VwuDv9Z