A heat wave is on the way to San Diego County. Here's how Cal Fire is preparing. 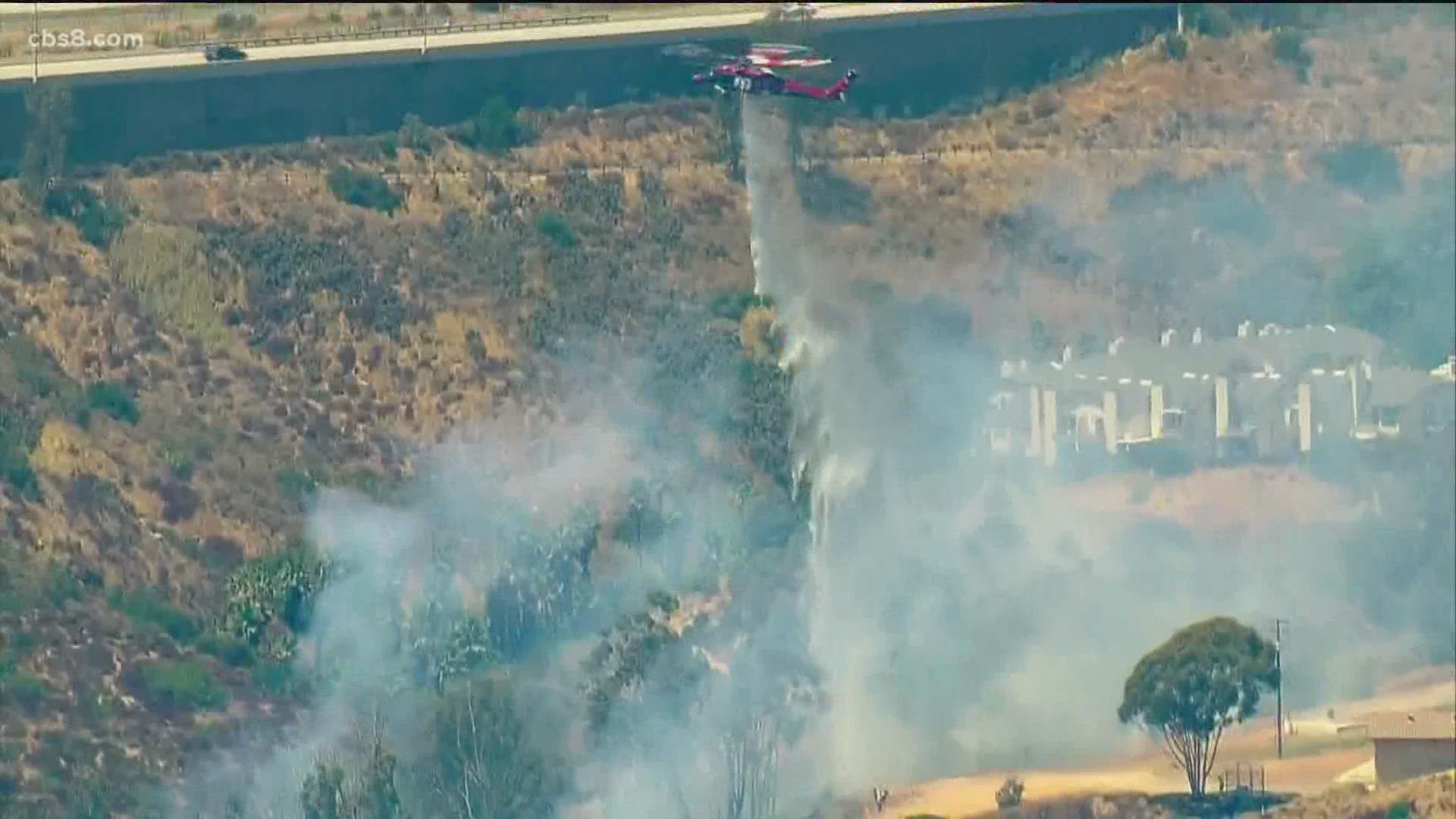 It began around 1 p.m. on Quarry Trail near the Perdue Treatment Plant for the Sweetwater Authority. Helicopters and fixed-wing aircraft performed several water drops and deployed fire retardant to help control the fire.

“There's houses in the vicinity. So if it continue to grow, that would have been a problem,” said Capt. Thomas Shoots with Cal Fire. “They had good clearance around [the plant] and fortunately, we were able to stop it before that became a real issue.”

Firefighters are bracing for the potential of more fires over the next few days as much of the county is under a heat advisory.

“These are one of those times where the temperatures are higher. It's going to be harder to catch these fires. The fuels are drying out and they're going to continue to dry out through the summer. We really need everyone to just be safe in anything they do,” said Shoots.

City workers in Scripps Ranch will soon thin brush in more than 60 canyons that snake through the neighborhood. The process will continue for a few weeks before stopping for a nesting season and resume in the winter.

Many residents remember the 2003 Cedar Fire and are asked to do their part to help prevent wildfires from spreading.

“Brush management is only just part of it. You've got to plant the right trees and make sure you trim and do that sort of thing,” said Bob Ilko, President of the Scripps Ranch Civic Association. “It isn't a matter of if there will be another fire. It's a matter of when and especially in Scripps Ranch.”

A Heat Advisory for the inland valleys & mtns has been issued along with the Excessive Heat Warning. Heat alerts start tomorrow! @CBS8 @thecwsandiego #cawx pic.twitter.com/yDQLkJNzvx