Some of San Diego's wildfires start at night. That's where a new tool comes in. 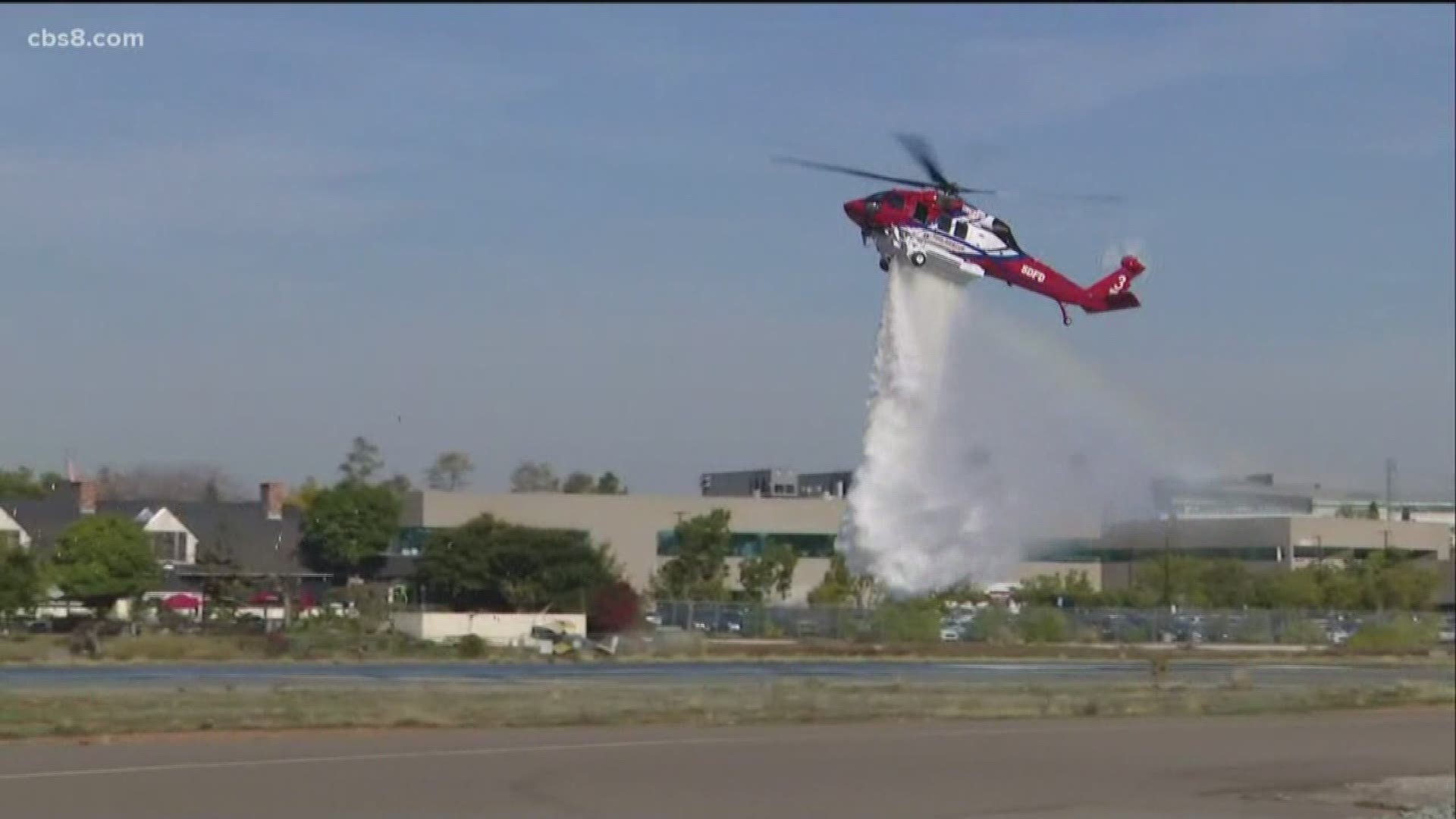 "We are a city and a region that has canyons as you know, [and] that has  brush," said Faulconer. "Our ability to quickly get up in the air and make a difference will absolutely help saves lives."

The Firehawk can and will perform search and rescue missions. The helicopter can also hold more people inside of it than the older helicopters can.

Alicia Summers
The longest 1/2 mile walk is with toddlers, but when we arrived at o... ur prize - Starbucks, we were greeted with this sign...I wish the boys could do Barre class with my mom and I instead. As of this morning Poway is still under a precautionary boil water advisory.

Note: We erroneously reported in the above video that the helicopter cost $9.8 million dollars. It actually cost $19.8 million.