Global SuperTanker shuts down operations ahead of wildfire season

The SuperTanker helped during California's most destructive wildfire season in 2020, where over 4 million acres burned across the state. 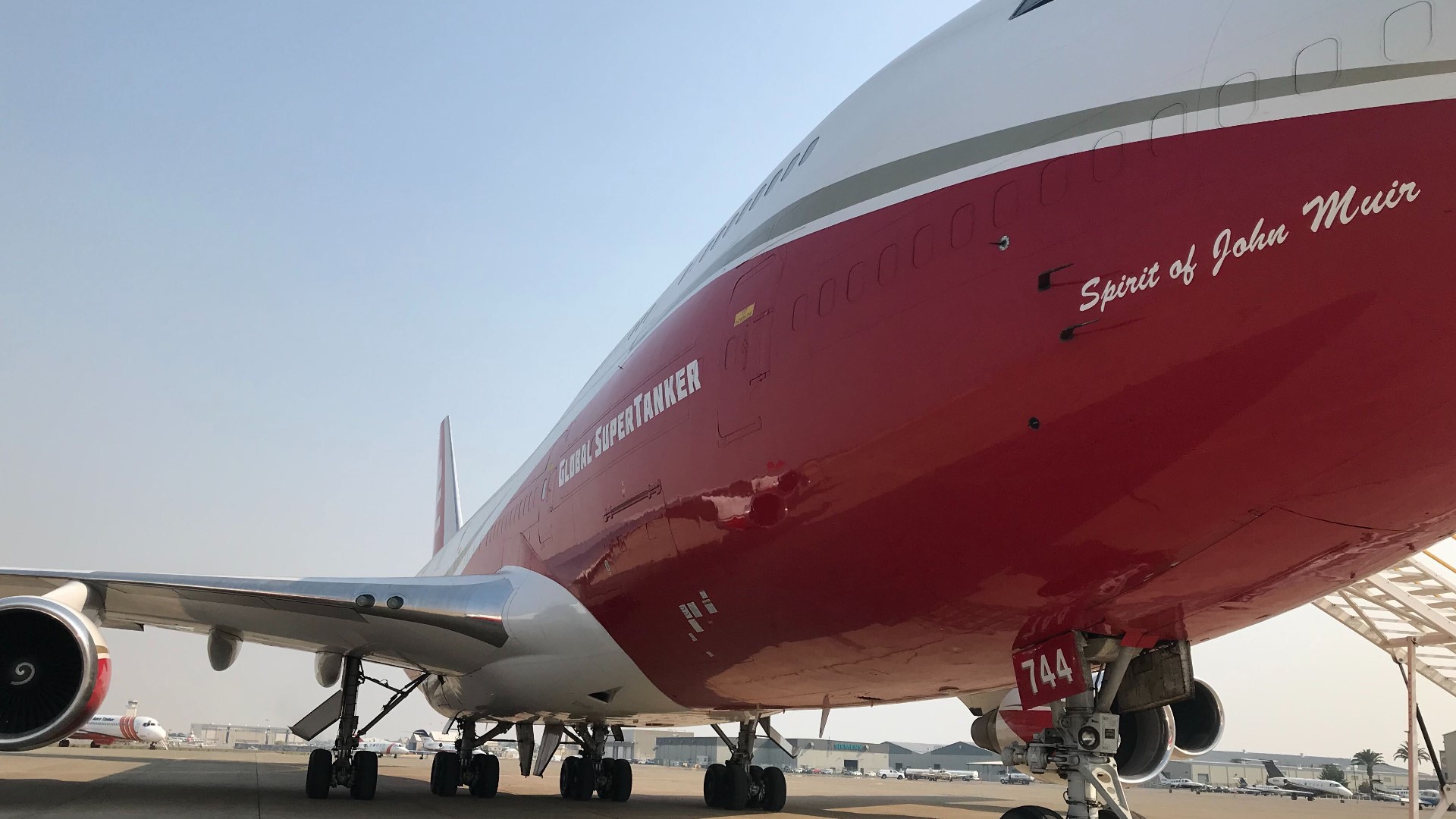 SACRAMENTO, Calif. — The Global SuperTanker is shutting down right before fire season starts on the West Coast.

The ownership group of the Global Supertanker Services LLC (GSTS), Alterna Capital Partners LLC (Alterna), announced on April 19 that "it was ceasing operations," effective immediately. Federal and state officials were informed about this right after the announcement.

The main reasons for shutting down are the financial investments to technologically upgrade for the SuperTanker, as well as the greater need for it during fire season and the fact that the ownership group does not have the resources to continue to fund the SuperTanker. The Global SuperTanker is a Boeing 747-400 freighter that can hold more than 19,000 gallons of water or fire retardant.

"An Alterna-managed fund (“The Fund”), via its investment in GSTS, entered the aerial firefighting business to address the growing need for aerial firefighting resources in response to the increased number and intensity of global wildland fires," Alterna Managing Partner Roger Miller said in a statement.

Credit: KXTV
The Supertanker is a Boeing 747 that can carry 19,200 gallons of water, water enhancers or fire retardant.

While Alterna recognizes that the aerial efforts in firefighting are great solutions to fight the wildfires, the demand for the SuperTanker has gone up significantly. With wildfire season becoming more dangerous, plus the environmental and health risks becoming greater, there is more of a need for aerial containment of fires, according to the statement.

"There’s a lot of emotion attached to these aircrafts. They come across as the savior during these large devastating fires," former CalFire Chief Ken Pimlott said.

Pimlott led CalFire for eight years and hired the SuperTanker to help fight wildfires. Pimlott loved the SuperTanker because it could take off from Sacramento and drop retardant almost anywhere in the state in about 45 minutes.

In 2020, the SuperTanker granted California, Oregon, Colorado and the U.S. Forest Service "call when needed" contracts. The year 2020 was also the worst fire season in California history with over 4 million acres burned.

"Over the past three years, GSTS has made enormous strides in making the 19,000-gallon SuperTanker a valuable tool in the arsenal of the USFS, CalFire and numerous states, and is operationally cash flow positive," the statement read.

CalFire Public Information Officer Christine McMorrow said that the news about the SuperTanker is unfortunate, but they are not worried.

"We have more than 60 aircrafts and other large tankers. It's unfortunate, but we have a lot of other aircrafts we will utilize in full," she said.

Pimlott mentioned that the SuperTanker could lay down miles of retardant more quickly than other planes, but for most fires, you don't need that much retardant.

The ownership group is also looking to find other investors or sell the SuperTanker so that it can still be used for firefighting efforts.

"As America heads into the 2021 wildfire season, with another year of compounded challenges stemming from the COVID-19 crisis," Miller said in the statement. "We regret not being able to continue our vision and serve as a resource for our heroic firefighters on the ground."

WATCH MORE FROM ABC10: Why Placer County wants people to sign up for emergency alerts ahead of wildfire season