The report out of the UC Berkeley Center for Community Innovation Solution proposes creating incentives to build new housing in lower-risk wildfire areas. 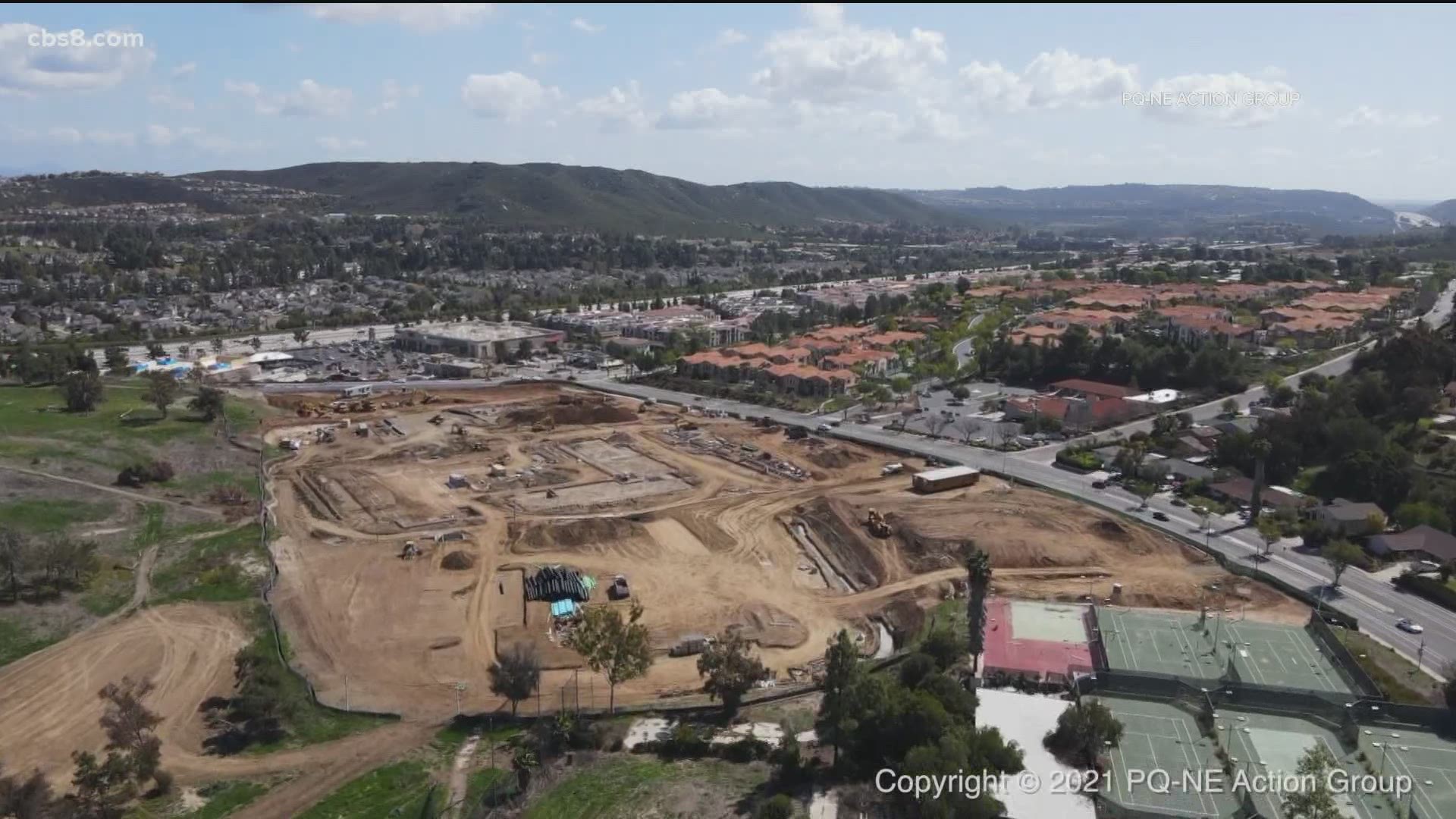 SAN DIEGO — As California deals with soaring temperatures and a record drought, the risk of destructive wildfires continues to climb.

A new study out of UC Berkeley takes a deep dive into the costs of these wildfires for communities trying to rebuild.

It also comes as a local community is fearful that new housing projects approved in their area could pose life-threatening risks to their safety.

This new study is being viewed as a wake-up call for how and where we should be building homes in California.

In the meantime, the San Diego City Council has given the green light for 536 new homes on the site of the former Double Tree golf course in Rancho Penasquitos: a move that is drawing some fierce opposition.

"It is a safety issue for us," said Junaid Razvi, who has lived in Rancho Penasquitos since the early 1980s.

He said that the Junipers housing project, combined with the 601-unit Pacific Village, which is nearly complete, and the 331-unit Millennium PQ, currently under construction - and all in the same area - would create a life-threatening situation in the case of a wildfire.

"The net impact is doubling housing density without any improvements to infrastructure," Ravi told News 8.

Opponents of the housing plan point out that, over the past two decades, the area has been evacuated at least five times, including during the 2003 and 2007 wildfires.

"It was a nightmare getting out," Razvi recalled. "You can only go in and out on one two-lane road."

Before the city council unanimously approved the project earlier this week, they passed a last-minute amendment requiring first that an emergency evacuation route be expanded to allow residents to flee in case of a wildfire.

The PQ-NE Action Group released the following statement Thursday on the project's approval:

"The board members of the PQ-NE Action Group are disappointed to report that on Tuesday, June 15, the San Diego City Council voted to permit The Junipers project without the safety and community benefit upgrades recommended by our organization, and backed by independent expert analysis.

The plan is to build 536 additional housing units as “infill development” in a corner of our northeast Rancho Peñasquitos community that has already seen in the past two years a substantial increase in housing density from more apartments, more townhomes and more houses permitted by the City.

Prior to the hearing, the PQ-NE Action Group shared our concerns with all nine San Diego City Council offices. We also presented during the hearing as a recognized opposition organization, along with the Sierra Club. The City Council was swayed by a well-funded developer and their claims that some of the units would be “affordable.” However, our organization demonstrated that northeast Rancho Peñasquitos is not the right location for a high-density project without necessary improvements for fire safety, roads and other infrastructure.

The PQ-NE Action Group is committed to promoting and preserving a safe and livable environment for our neighbors in northeast Rancho Peñasquitos. We will continue our efforts to support that mission and fight on behalf of the welfare and safety of our community, including future residents.

"This is prime real estate and the developers are saying 'This is where we should be building," said Karen Chapple, an urban studies professor, and director of the UC Berkeley Center for Community Innovation.

Chapple warns of the wildfire risk these developments could face.

"It will cost a lot to the California taxpayers when they burn down," she added,

Chapple led a groundbreaking new study that finds that state leaders are underestimating the costs of rebuilding after wildfires in high-risk areas.

To take a look at this new report in its entirety, click here.