PALA MESA, Calif. — Cal Fire San Diego battled a vegetation fire in the community of Pala Mesa which grew to 350 acres Wednesday. After reported a "dangerous rate of spread" and zero containment, the agency said the rate of spread was slow as of 6:45 p.m.

As of 8:45 p.m., Cal Fire San Diego said firefighters would be working through the night and advised drivers to proceed with caution in the area.

In an update at 6 p.m. on Friday Cal Fire reported the blaze remained at 350 acres and was 70% contained.

The blaze sent a thick plume of smoke over North County San Diego as ground and airborne crews fought the flames. 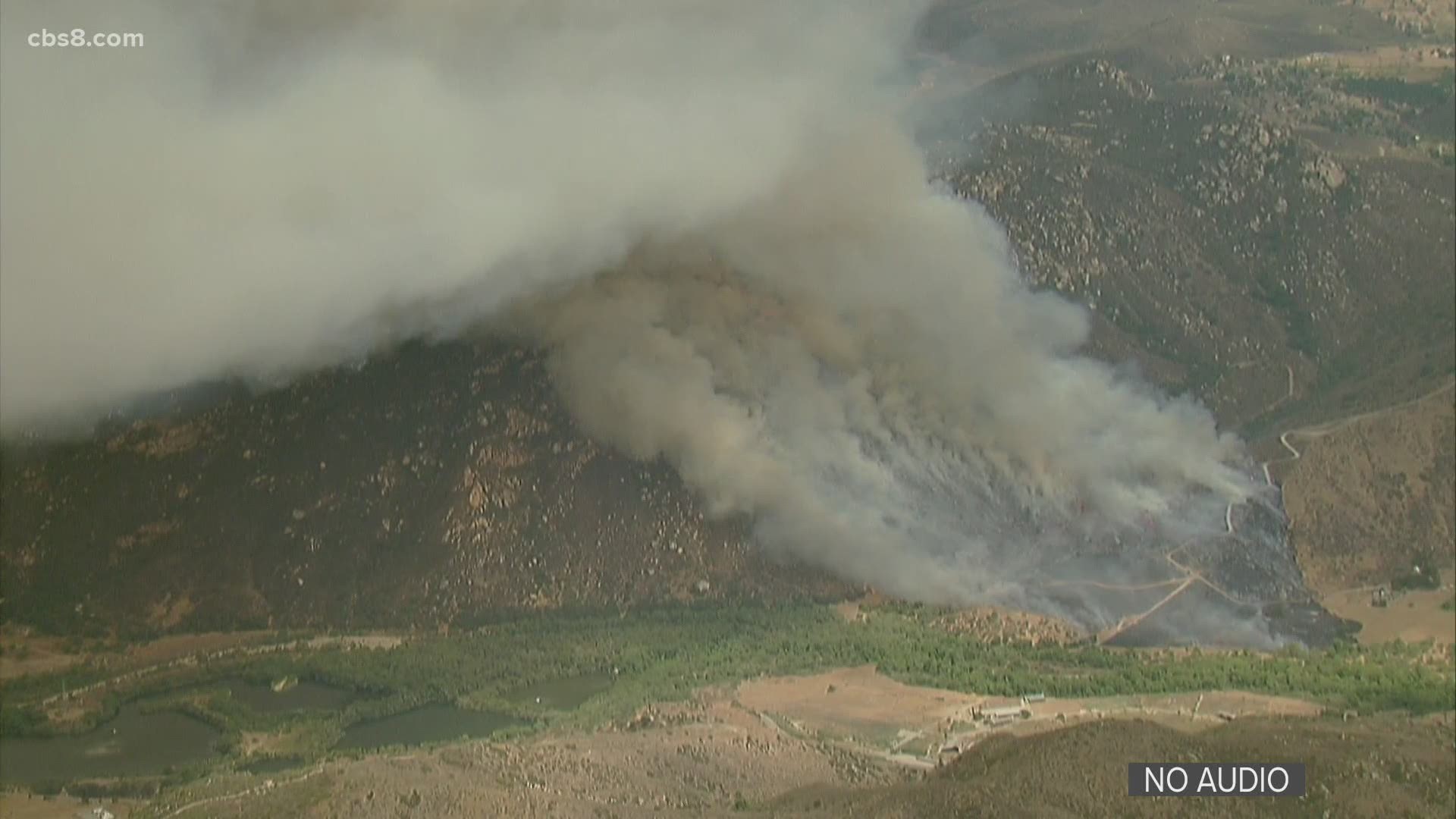 Evacuation warnings for the area were lifted Wednesday night and temporary evacuation points were closed. Highway 76 reopened after being closed for a time also.

The blaze erupted for unknown reasons shortly after 2 p.m. off state Route 76, about a mile west of Pala Temecula Road in Pala Mesa, according to Cal Fire. No imminent structural threats were reported.

#MesaFire [Update] Evacuation warnings have been lifted, and the temporary evacuation points have been closed. Additionally, Hwy 76 has been reopened. Firefighters will be working through the night, so drive cautiously when in the area.