Challenges of getting fire insurance in fire-prone areas

One small business owner said her insurer dropped her and hardly any other company would cover her business without forcing her to pay three times more her old rate. 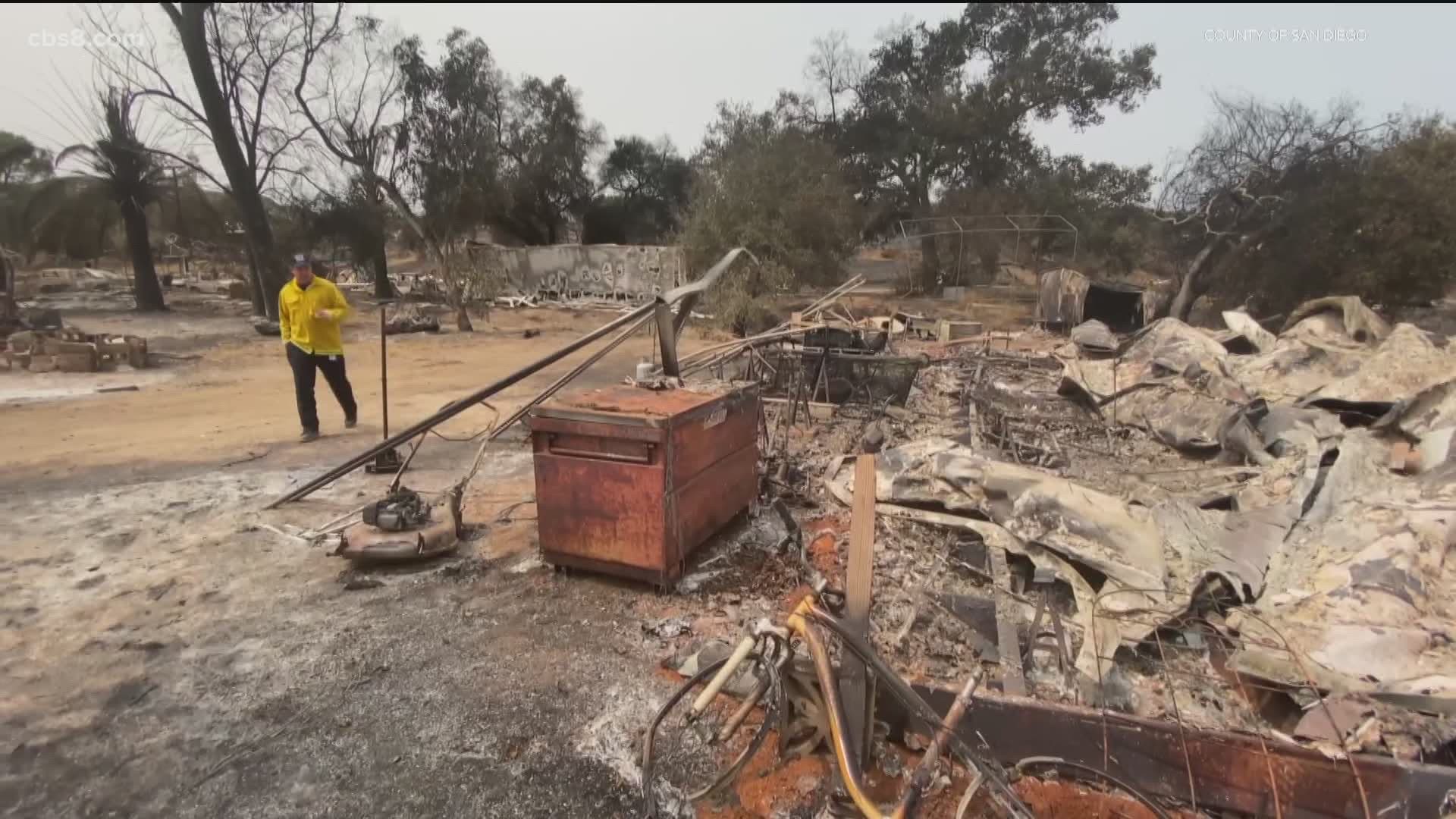 ALPINE, Calif. — The owner of the Alpine View Lodge said she's paid her insurance every year, but this year, the company unexpectedly dropped her, and she was faced with the difficulty of trying to find fire insurance in hard-hit fire country.

"Because of the West Fire last year, the Valley Fire this year, shopping for insurance is getting to be a game that we all play,” Linda Cioffi said.

Cioffi said her hunt for fire insurance in San Diego’s East County left her burned when her insurer CNA said was not renewing her business coverage because it's in a high fire risk area.

"I'm running naked. I'm looking at the fact that I can either have my insurance covered by the California Fair Plan, which does not even insure my company to replace my building if something occurs,” Cioffi said.

Working hard to shop for fire insurance for her 38-bed memory care and hospice facility, Cioffi lucked out.

"We finally found a broker who dug up Lloyds of London, and we're able to get our company insured through them,” Cioffi said.

The Alpine View Lodge is not alone especially as fires continue to rage in California and owners have to rebuild.

“My question is 'who's going to insure them?' We’re going to have yet another exodus of fire insuring companies,” Cioffi said.

The Office of the California's Insurance Commissioner Ricardo Lara said it's:

•Developing building-hardening standards that are consistent, based in fire science, and apply to all insurance companies
•Giving transparency for consumers about their wildfire risk score and what they can do to reduce it.

Lara’s office said he plans to hold an investigatory hearing on Oct. 19 with homeowners, businesses, and first responders.

"I have been paying for insurances for years, never put in a claim and [then we're] summarily dropped when we're doing everything that the fire department is asking us to do,” Cioffi said.

"We have a long ways to go… and we have no game plan to dig us out of this fire emergency,” Cioffi said.

Residents in fire zones risk overpaying to be underinsured.

"We need to find a plan for California beyond California Fair because it's not fair, it's not affordable, it's not the solution,” Cioffi said.