Fines and charges against unlicensed workers can extend all the way up to felony fraud charges with time in state prison. 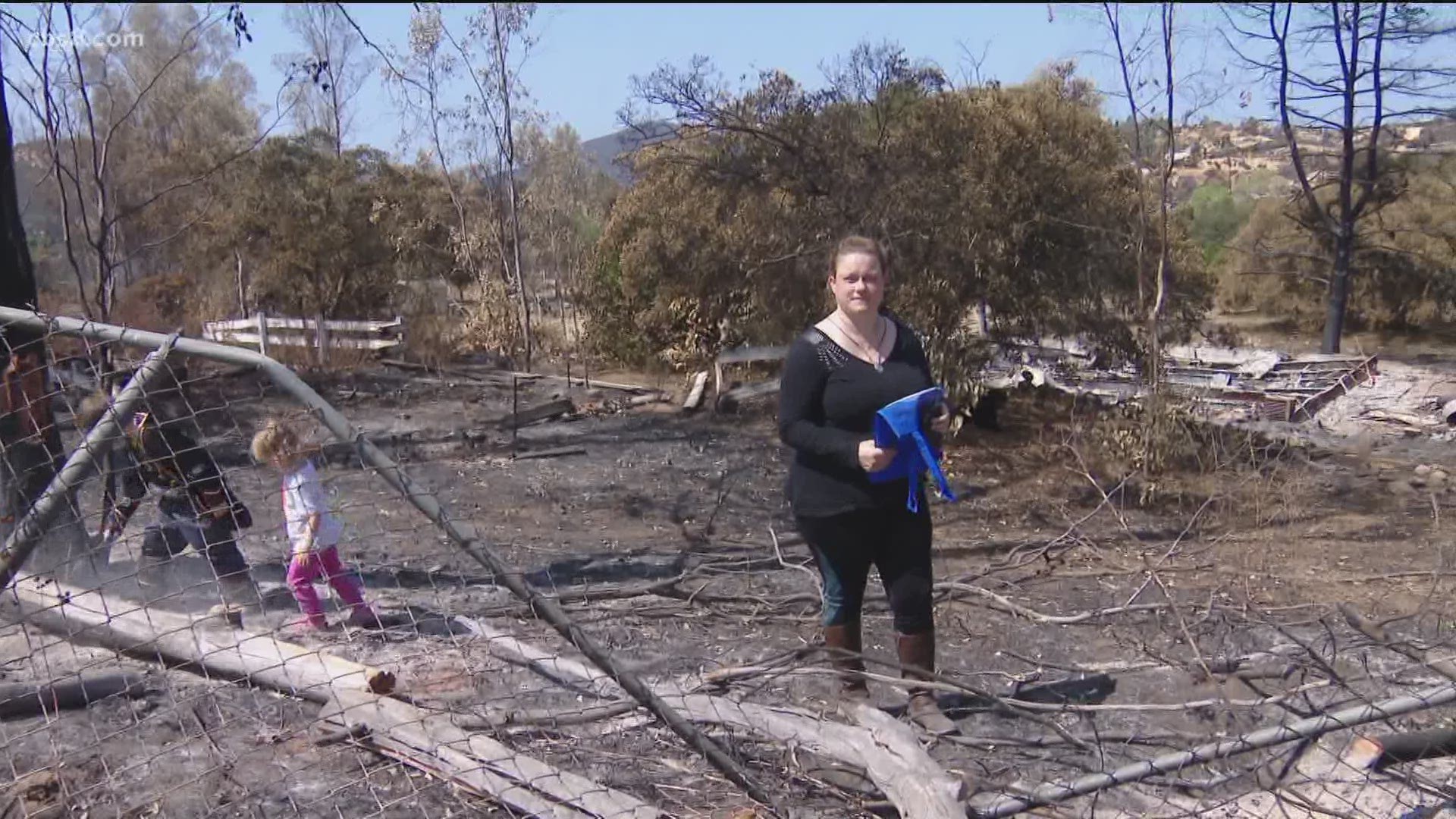 ALPINE, Calif. — In the wake of the Valley Fire that destroyed the homes of 30 families, San Diego District Attorney investigators are going door to door to warn residents who are now rebuilding, about the possible uptick in contracting scams.

In addition, they will also be posting signage through neighborhoods with info on how to spot those scams.

A District Attorney’s Office spokesperson said, “There are a lot of different scams that are out there from water testing all the way out to how much money they need to put forth to start a contract because the worst thing that could happen is the victims of the fire get victimized again by someone perpetrating fraud against them.”

The District Attorney’s office says they are not aware of any confirmed cases of this happening quite yet, but they do have instances where this sort of prevention work has stopped scams from taking place.

Tips for avoiding scams related to the Valley Fire from the District Attorney's Office.

The District Attorney's Office also plans on checking licenses of contractors that are already on sight to ensure the contracts that are being drafted are legal and legitimate.

Fines and charges against unlicensed workers can extend all the way up to felony fraud charges with time in state prison.

The District Attorne’s office says this is a joint effort between their office, the Department of Insurance, and the state licensing board to keep residents who have already been through so much over the last several weeks from being taken advantage of again and also making sure the residents know their rights.