It's been exhausting and dangerous work lasting most of the summer and now into fall. 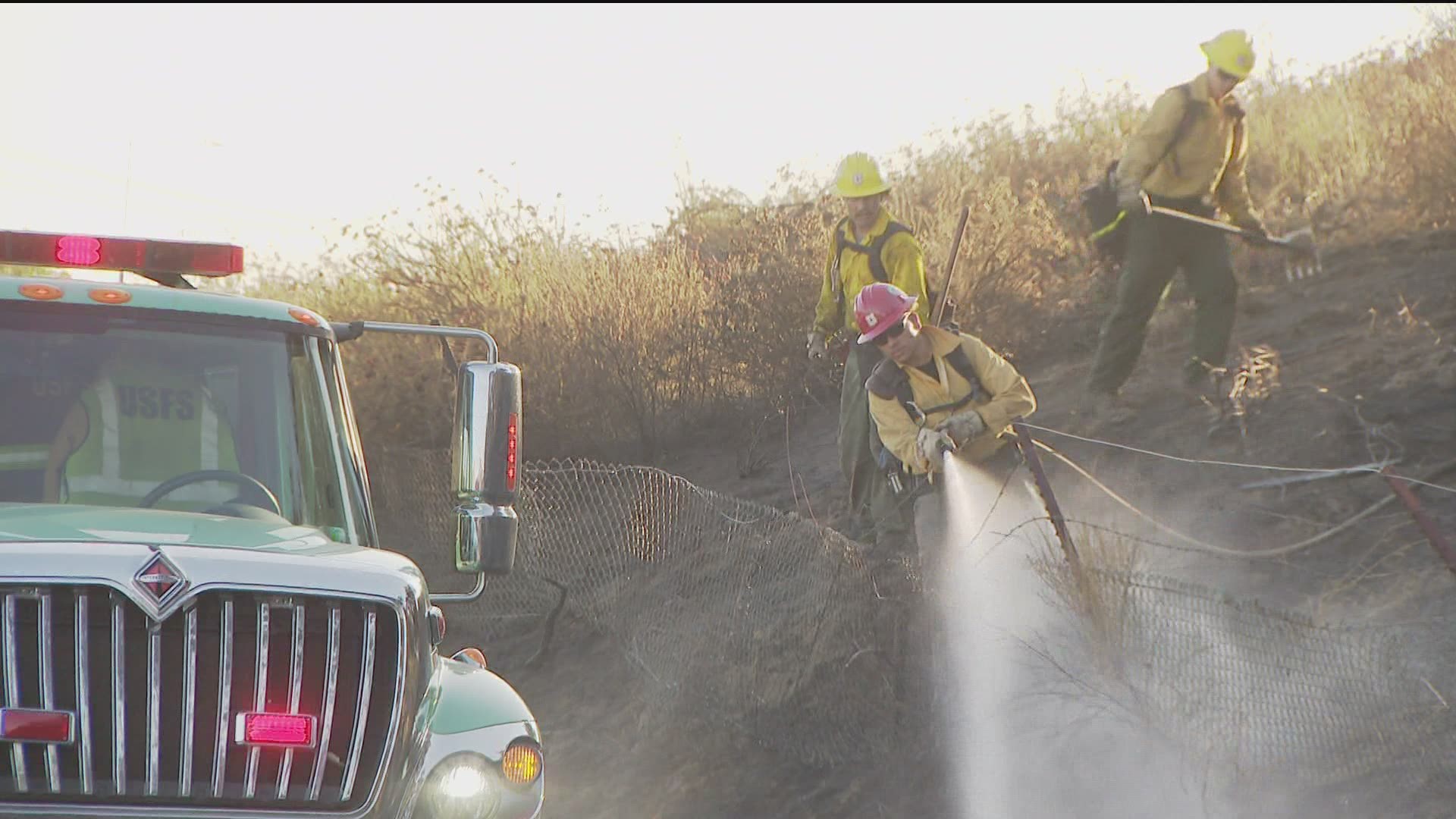 SAN DIEGO COUNTY, Calif. — Firefighters made short work of a mid-afternoon brush fire on the outskirts of Alpine Wednesday. Crews from several state and local agencies saved nearby homes and kept everyone safe.

"This was a good stop today," U. S. Forest Service Division Chief Talbot Hayes said. "Could have gotten a lot larger than it did."

Wednesday was a scorcher, too.

Plus the responding firefighters were wearing heavy clothes and about 40 pounds of gear on their backs.

Forest Service firefighter Erik Molumby was one of them.

"It's brutal, yeah, tiring for sure but you finish the day and sleep well knowing you did good work," he said.

That sense of accomplishment is one thing that drives men and women as they've joined the battle lines against the fires raging north of San Diego.

"All of our guys, anybody fighting fires right now, has already been up and down the state of California a couple of times - all the way to the Oregon border and back," Hayes said looking out at the mop-up operation on the hillside in Alpine.

It's been exhausting and dangerous work lasting most of the summer and now into fall. Molumby listed some of the issues they faced, in addition to the debilitating heat: "steep terrain, tall dead trees falling, lot of hazards out there."

The days are always long with 16-, even 24-hour shifts on the fire line away from their families for weeks at a time.

"People are tired," he said. "Firefighters are tired but we're in it for the long haul. [We're] trying to rotate people home so they can spend time with their family. It's the most important part - re-charging their batteries."

"I feel good. We're tired but we're used to this. We train hard," Molumby added.