“This is when, traditionally, the most destructive fires occur - in late September and October - in California," said SDFD Deputy Fire Chief David Gerboth. 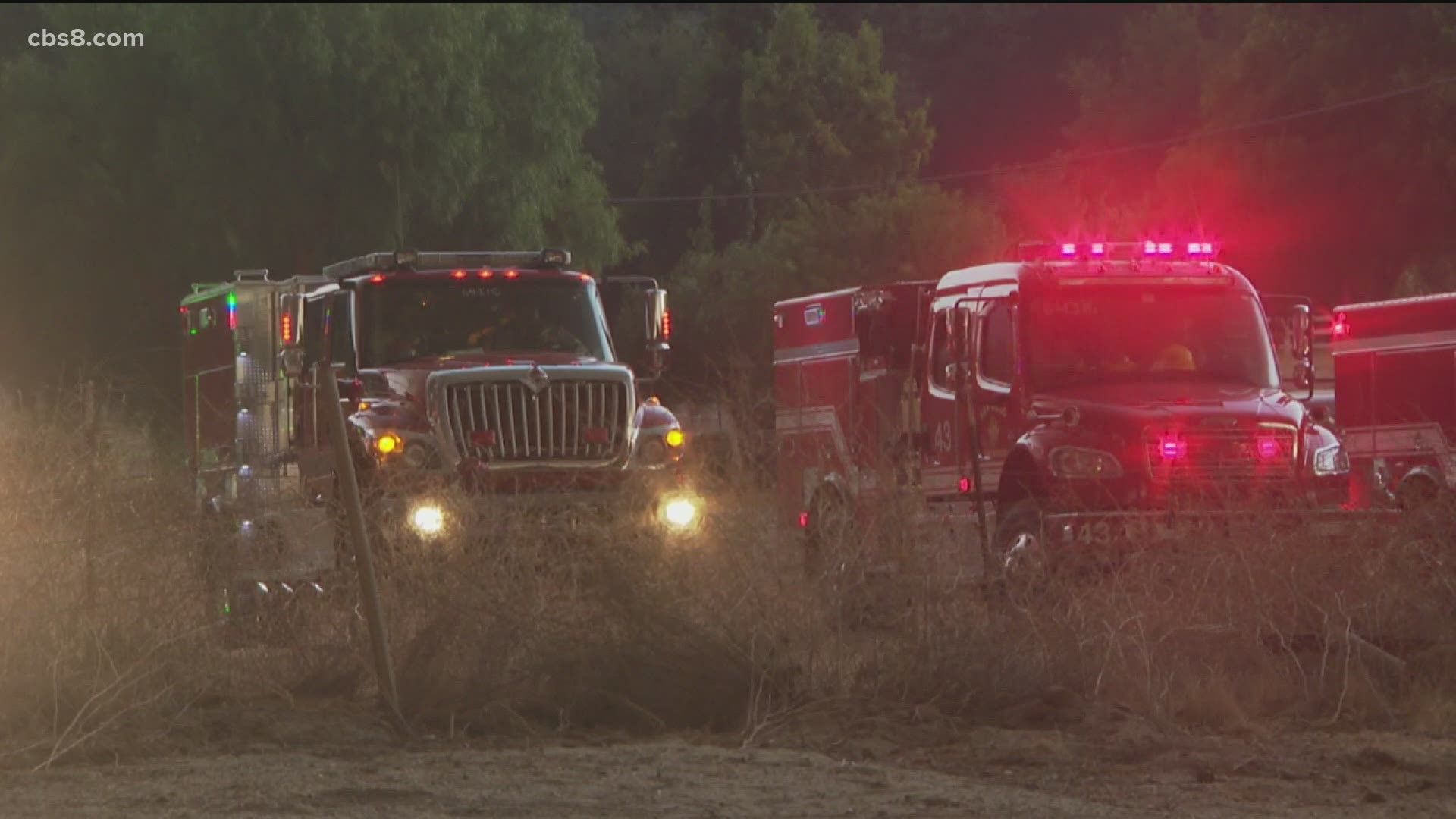 SAN DIEGO COUNTY, Calif. — 2020 has already been the worst year for fires in California's history. Nearly four million acres have burned in our state and this week, with hot, dry weather, San Diego fire crews are extremely concerned things are about to get even worse.

“Fortunately, there was a good stop,” said Cal Fire Captain Thomas Shoots. “There were structures around the fire and we were able to get it out, but that potential is not going away anytime soon.”

Capt. Shoots said - even before this heat wave hit - there was cause for concern.

“The fuels which is the brush and grass is so dried out right now that really these fires can take off," he said.

And he’s not the only one worried.

“This is peak fire season,” said San Diego Fire-Rescue Deputy Fire Chief David Gerboth. “This is when, traditionally, the most destructive fires occur - in late September and October - in California.”

The Glass Fire in Northern California is one of several burning across the state as of Wednesday where crews are getting help from San Diego Agencies, but officials say our county is still safely covered if a big blaze hits closer to home.

“Our helicopters are staffed 24 hours a day,” said Deputy Chief Gerboth. “We've staffed five additional brush engines. These are engines that are specifically designed to work in these underdeveloped areas and have tools and equipment for wildland fire suppression.”

“Everybody is working around the clock to make sure that San Diego is covered and we're able to support them on other incidents,” added Capt. Shoots.

Like San Diego saw with the Valley Fire earlier this month, crews from other areas do reciprocate, helping us in our hour of need. And they're ready to come again if needed.

Which brings us to the topic of being ready. In these conditions, fires can start fast so you need to be thinking now about an evacuation plan.

“When we're asking folks to evacuate, it really means it's a life or death situation,” Capt. Shoots said. “We don't want folks hanging out.”

There have already been more than two dozen wildfire-related deaths in California this year and 7,200 structures destroyed.